Xiaomi has officially announced that Xiaomi’s new high-end smartphone, the Xiaomi Mi 11, will be officially released on December 28. At the moment, the phone has opened an appointment on JD.com. The price will be announced on the launch date. But we have heard the standard version will cost around 4500 yuan. However, the credibility of this news is doubtful. 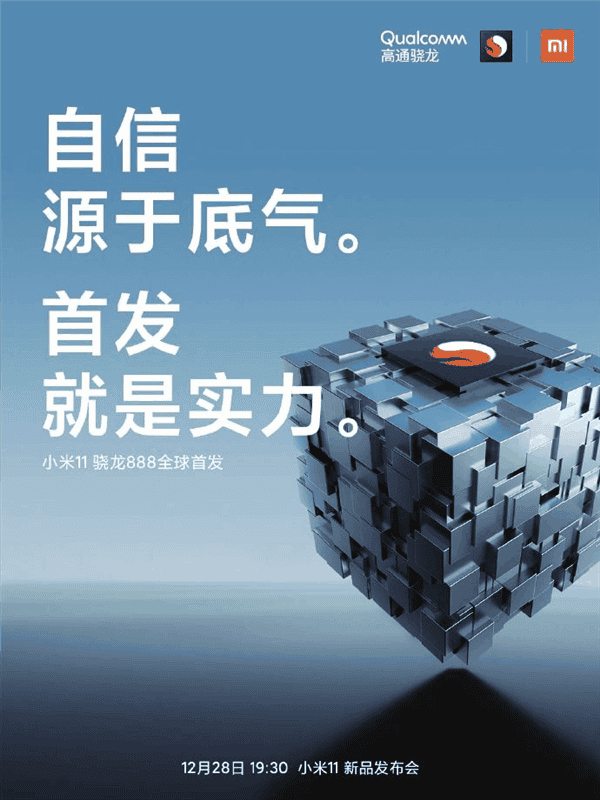 Today, the company officially confirmed that the Xiaomi Mi 11 is the first in the world to carry the Snapdragon 888. They also said adapting to such an epoch-making chip is like entering a no-man’s land full of treasures.

According to the previously exposed news, the Xiaomi Mi 11 series will include at least two versions of Mi 11 and Mi 11 Pro. Though it was reported they will continue to adopt a full-screen solution with hole-punch design, we heard something opposite to this. Anyways, the Mi 11 will use a hyperboloid screen, and the Mi 11 Pro will come with a 2K quad-curved screen. The latter will also support a 120Hz refresh rate and a native 10bit color depth display.

Judging from the real camera photos of the Mi 11 on the Internet, the Mi 11 basic version uses a blue gradient back shell. Plus, the rear camera layout has a square design with two large sensors and a small sensor above the LED lights. 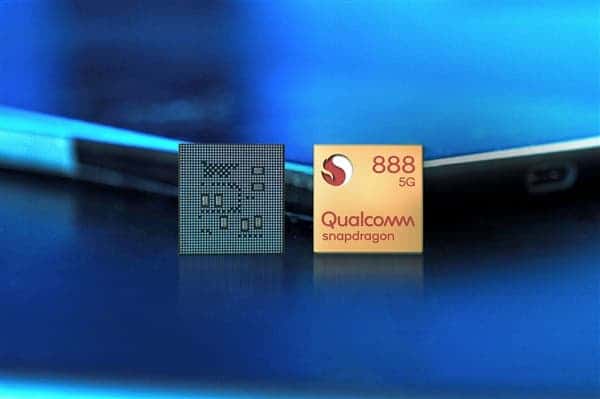 Regarding the performance of the Xiaomi Mi 11, the machine has appeared on GeekBench yesterday. It is equipped with the Snapdragon 888 chip announced by Qualcomm this month. Also, it has 12GB of storage, runs Android 11, and has a single core of 1135 points and a multi-core of 3790 points.

Today, Lei Jun announced the running scores of the Xiaomi Mi 11 on GeekBench 5. In the official statement, the multi-core score 3818 leads the Kirin 9000 by about 5% and the single-core points are 1135, which is about 13% ahead of the Kirin 9000. Of course, there is a big difference in the CPU architecture of the two. The Snapdragon 888 uses a Cortex-X1+A78 architecture, while the Kirin 9000 comes with an A77 core.