A few days ago, Xiaomi officially announced that it will hold a new product launch conference on December 28, officially launching the new Xiaomi Mi 11 series. The latter will include two versions, the standard version and the Pro version. Today, TrendForce said that the Mi 11’s top model will come with the third-generation under-screen camera technology developed by Xiaomi. But it will be launched next year and go to the stores in around a month.

According to the information previously announced by Xiaomi, Xiaomi’s third-generation under-screen camera technology has entered the stage of mass production in August this year. Plus, the company announced that it is expected to be officially mass-produced next year. 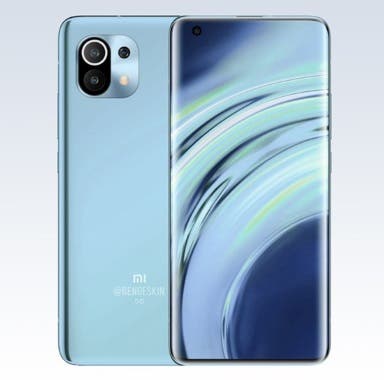 It’s worth mentioning that, according to the latest news from the blogger, the Xiaomi Mi 11 series has planned a million-scale stocking this time. As said previously, the Snapdragon 888 has an exclusive period, which should last around two months.

We should point out that although ZTE has taken the lead in launching the world’s first mass-produced version of the under-screen camera phone, the AXON 20 5G, due to some flaws in the display effect, the phone has not changed the choice of this year’s smartphone full-screen solution. However, the under-screen camera technology of other manufacturers has not found any clear progress recently. As a result, almost all flagships launched recently adopt the hole-punch full-screen solution. But with the launch of the Xiaomi Mi 11 Pro, everything may change.

At last, prior to this, we reported that likely the Xiaomi Mi 11 won’t come with an under-screen camera. We insist on this even now. But who said the Pro version won’t support this tech.