According to the manufacturer, the third-generation under-screen camera technology will be the best solution for under-screen camera approaches. It comes with perfect display and selfie effects. And it has truly entered the stage of mass production.

Xiaomi’s third-generation off-screen camera technology can make all physical pixels light up 100%, solving the pain points of the previous two generations of off-screen camera technology. The former adopts a new self-developed pixel arrangement. This allows the screen to pass light through the sub-pixel gap area without sacrificing pixel density. There are twice more horizontal/vertical pixels in the display area. And the selfie imaging is comparable to traditional front-facing cameras.

At the same time, one of the well-known Weibo bloggers posted a video showing how it works. From the video, we can see that Xiaomi’s third-generation under-screen camera technology prototype has no openings on the front. So the front screen is full of immersion, which can give users a better look and feel. According to the blogger, the screen integration of Xiaomi’s third-generation under-screen camera technology prototype in daily use scenarios is close to that of conventional smartphones. At the same time, he says that Xiaomi is likely to release a new proactive camera under the screen in Q1 next year. It is said that this solution will also be ‘the most mature and energy-producing solution in the industry’.

Moreover, it’s quite interesting to take a look at the prototype phone and the phone it is compared with. The screen of the so-called technical smartphone (Mi 10 Ultra) is only slightly darker in brightness. And the selfie effect looks very good. Of course, it depends on the actual effect after mass production. 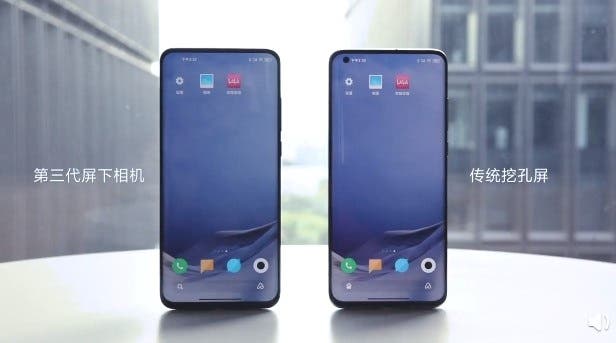 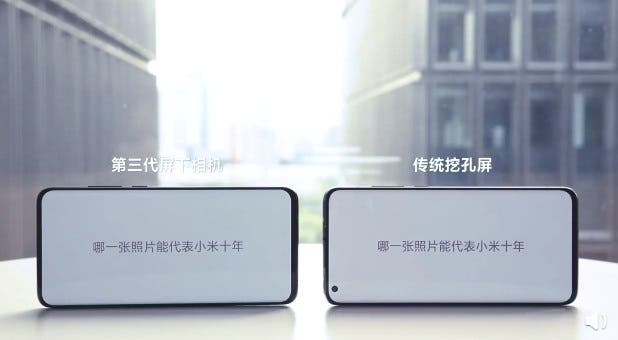 By the way, though Xiaomi proves its technology will be the best offer on the market, it won’t be the first company to bring such a smartphone. As you know, ZTE will uncover the first model with an under-screen camera on September 1. The Axon 20 5G is going to be the world’s first handset with such a technology. Thus, it is going to be the world’s first true full-screen smartphone with no additional structures.