At the moment of publishing this article, Bitcoin has exceeded $28,000, which is one step closer to the integer mark of $30,000.

Although Bitcoin has been born for more than ten years, there are not many players who can actually access Bitcoin. 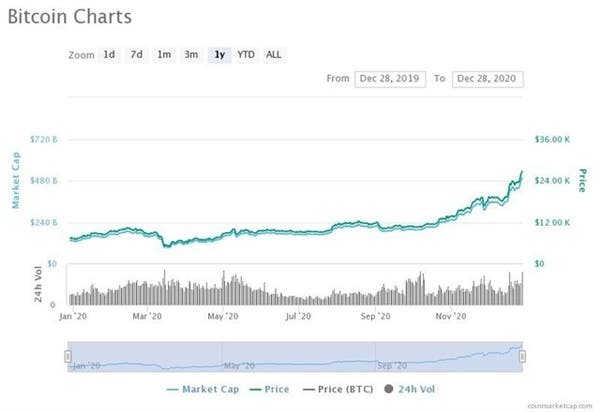 Recently, a senior analyst and a reporter at “International Finance” analyzed and pointed out that this round of rise may be because the epidemic has once again intensified expectations of global economic recession. Global inflation has become an unstoppable trend. Deflation assets with anti-inflation properties were originally a scarce resource, and the demand for Bitcoin has further increased.

In addition, the market’s expectations for Bitcoin compliant products have further increased. So many licensed investment institutions have established digital currency funds or applied to regulatory agencies to trade digital currencies. This helped to boost the price of Bitcoin.

On the whole, the apparent reason for the main push of Bitcoin’s soaring must be due to short supply.

As the analyst said, the epidemic has caused the global economic downturn. So people invest in Bitcoin is a kind of ‘safe-haven’ demand.

Why Do People Trust In Bitcoin More Now?

There is a saying in China, ‘Collecting antique in times of prosperity, while buying gold in times of troubled’. In fact, when the economy is not good, people will buy gold to seek the preservation of their assets. With Bitcoin, they have more choices.

Regarding the question of whether Bitcoin has such a profound value, we do not need to discuss it again. The key is that the mechanism of Bitcoin makes it more attractive than traditional gold.

First of all, Bitcoin has a fixed amount. So there is no problem of inflation caused by spamming money. Secondly, Bitcoin can be used in more ‘free’ transactions and has the characteristics of privacy or anonymity.

Although many countries currently do not recognize Bitcoin, and there have been many dark sides surrounding Bitcoin, the charm of Bitcoin has attracted the attention of more and more institutions and capital around the world, as long as there are huge profits.

Therefore, the industry has also begun to generally expect that Bitcoin will gradually ‘turn positive’ in the future. The more funds injected, the higher the value of a single currency.

However, the skyrocketing price of Bitcoin seems to be beaming, as everyone knows that at the moment when the Bitcoin site reached $28,000, the entire network broke out $3.4 billion. And we have to say that every time the price of Bitcoin skyrocketed, people began to have various fantasies about digital currencies or blockchains.

Next CHUWI's notebooks with 3:2 display are perfect for productivity