2020 certainly was a troublesome year for the smartphone makers that suffered a great impact during the first months of the COVID-19 pandemic. Meanwhile, the market of wearables achieved positive numbers bypassing the crisis. We saw the rise of new companies in the segment, but it also established some well-known companies like Huami. The Chinese company behind the Amazfit lineup launched a plethora of smartwatches under its Amazfit series and even introduced a new lineup of devices under the Zepp moniker. A couple of weeks ago, the company announced the Amazfit GTS 2 Mini in several markets including India. The wearable went on sale on December 26, but apparently, buyers will not be getting the smartwatch before the end of the year.

According to the official Amazfit India Twitter account, there will be a delay in delivery due to a logistics issue. This isn’t a new thing for those who are used to live in 2020. The company didn’t say if and when the issue will be resolved. However, the brand will be shipping all orders (or most of them) until Friday, January 1st. Those suffering from a delayed Amazfit GTS 2 will get a free strap as compensation for the delay. For a device that has customization as a selling point, we can say that it’s a decent gift.

#Update: Due to a logistics issue in GTS 2 mini shipments, there will be a delay in the delivery.We really appreciate your patience and to compensate for the same, we will be sharing a free strap with the orders placed till this Friday, i.e. 1st January.Thankyou for your support.

In India, Amazfit is asking INR 6,999 (~$95) for the Amazfit GTS 2 Mini. The wearable is available in Midnight Black and Flamingo Pink on the official website. Moreover, you can also grab it on Amazon as long as it’s Midnight Black. 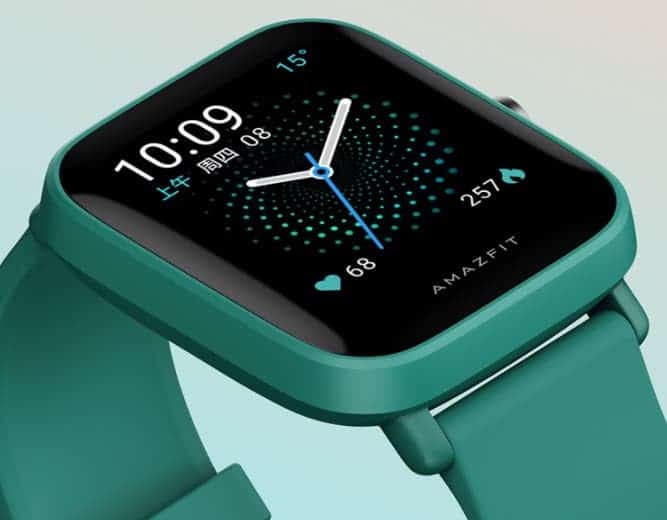 The device gets its name from a smaller 1.55-inch AMOLED display covered with 2.5D glass. It brings the same premium appeal as the original device thanks to an aluminum alloy body. The device becomes with whopping 70 sports modes and is water-resistant up to 50 meters. Interestingly enough, the 70 sports modes were introduced in the original devices through an update. The device also comes with heart rate and sleep monitoring as well as SpO2 measurement. The sensor can not only read your blood oxygen levels but can also monitor the level of stress and track female health. The device is quite a smartphone independent thanks to the GPS+GLONASS feature. It comes with Bluetooth 5.0 BLE and Amazon Alexa. The GTS 2 Mini has a 220mAh battery and the brand promises up to 14 days of usage in a single charge.

Previous Top 10 smartphone activations in the U.S. at Christmas 2020