The U.S. market is an “Apple” market and it is clearly in Apple’s pocket. Even Samsung finds it difficult to pose any real challenge to Apple in the U.S. According to a new report from Flurry Analytics shows that nine of the top ten smartphones activated on Christmas Day in the U.S. in 2020 are iPhones. Christmas is the day with the largest number of new smartphone activations in the United States. Thus, it is a unique opportunity to analyze consumer preferences. 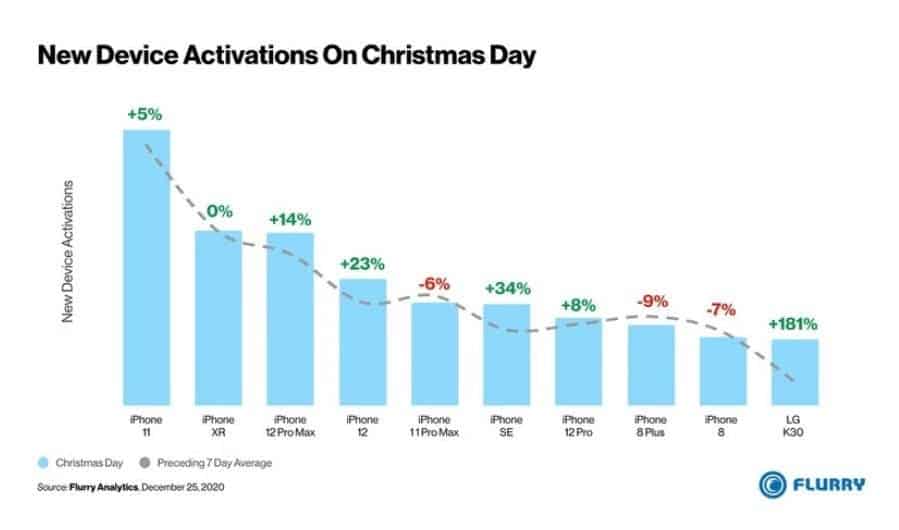 Some of these smartphones, such as the iPhone XR, are not more popular than the average tail of the device. This means that it is not necessarily a popular Christmas gift, but just a popular smartphone.

The only non-Apple device that entered the top ten is LG’s low-cost K30 smartphone. The iPhone SE and LG K30 had surges of 34% and 181%, respectively. Flurry believes that the success of iPhone 11 and iPhone XR models in previous years shows that American consumers are more price-sensitive this holiday season. 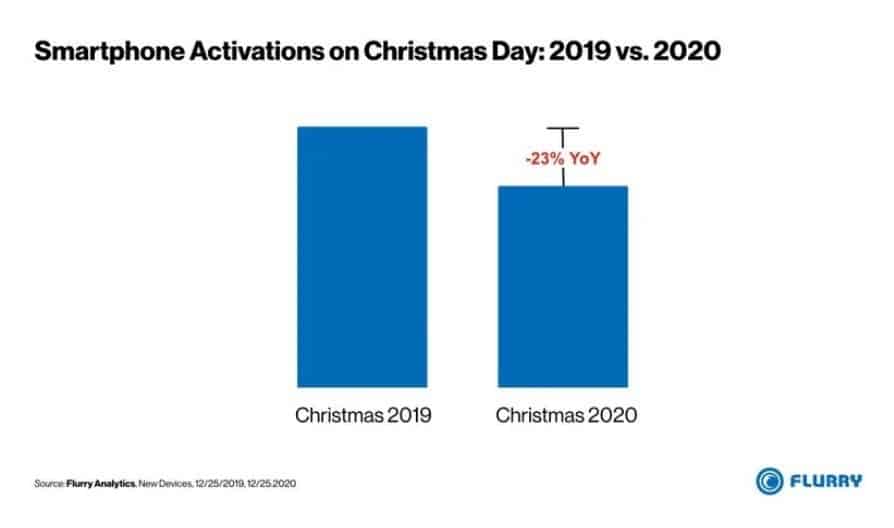 Looking at the top 10 list, there is no iPhone 12 mini. This phone does not seem to attract the attention of consumers like other devices. This is probably because it is not much cheaper than the large-size iPhone 12. This year, the number of smartphone activations dropped by 23% year-on-year. Flurry speculates that this may be due to financial difficulties this year, more limited family gatherings, or more scattered gifts.