Shortly after the rollout of Android 11 from Google, many Android OEMs started to announce their skins and respective update schedules. Among them, we saw Samsung unveiling it’s One UI 3.0. Surprisingly, the company is being one of the fastest brands pushing Android 11 updates for its devices. Well, this is impressive for a brand that has been plagued in the past. One UI came and revolutionized Samsung’s software and apparently also changed its support philosophy. After rolling out the update for its 2020 flagships, the company moved to the 2019 ones. Today, the Exynos 4G and 5G variants of the Galaxy Note10 are receiving Android 11-based One UI 3.0 update in a number of European countries.

The update’s arrival is a big surprise, after all, no one was expecting it to come before January 2021. The Exynos 9825-powered models of the vanilla Galaxy Note10 and Note10+ are receiving the new update in Germany with software version N97xFXXU6ETLL. The 5G variant is also receiving the update with software version N976BXXU6ETLL in the AUT and PHE regions – Switzerland and Spain, respectively. The new builds pack in all the new features introduced by Google in Android 11. Furthermore, One UI also has a set of features and changes coming with its third iteration. 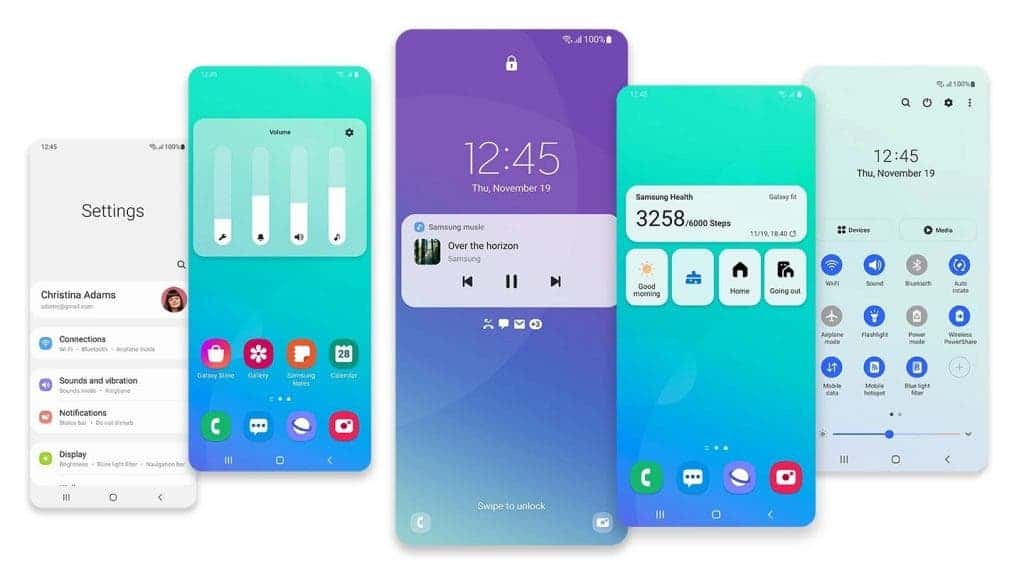 One UI 3.0 brings a refreshed experience

Samsung’s One UI 3.0 introduces an enhanced Quick Panel, which makes it easy for users to switch back and forth between music and video. The Notification panel is also improved. Users can get more information at a glance, even when the phone is locked. Another improvement is that the software will bring ways to reduce annoyances when using it on big screen devices.

Worth noting that this update brings December 2020 Android security patch which makes the Galaxy Note10 devices really updated. There is no change in the bootloader version, so we believe that downgrading the software may not be a big problem. For those wanting to go back to Android 10, it will probably not be a problem. The update is rolling out via OTA in a staged manner. So if you have any of the eligible devices in the above-mentioned regions, the update may take a couple of days to reach your device.

We also expect Samsung to roll out this update to more regions in the coming days. Of course, that will only happen if no critical bug appears during the next few days.

Next Top 8 Smartphone Technological Innovations In 2020