Earlier this month, Qualcomm held its yearly Snapdragon Summit conference where we got all details regarding the flagship Snapdragon 888. Shortly after the announcement, many companies started to tease their respective phones shipping with the 5nm high-end SoC. Interestingly, the first phone with it – Mi 11 – is already a reality. With the release of the Mi 11 series, Xiaomi decided to share the Kernel Source of the handset where two unreleased Qualcomm CPUs codenamed Yupik and Shima were exposed. For companies producing Android devices with Linux kernels, it’s mandatory to unleash the kernel source. However, no one was expecting two unreleased Qualcomm chips to appear in the source. 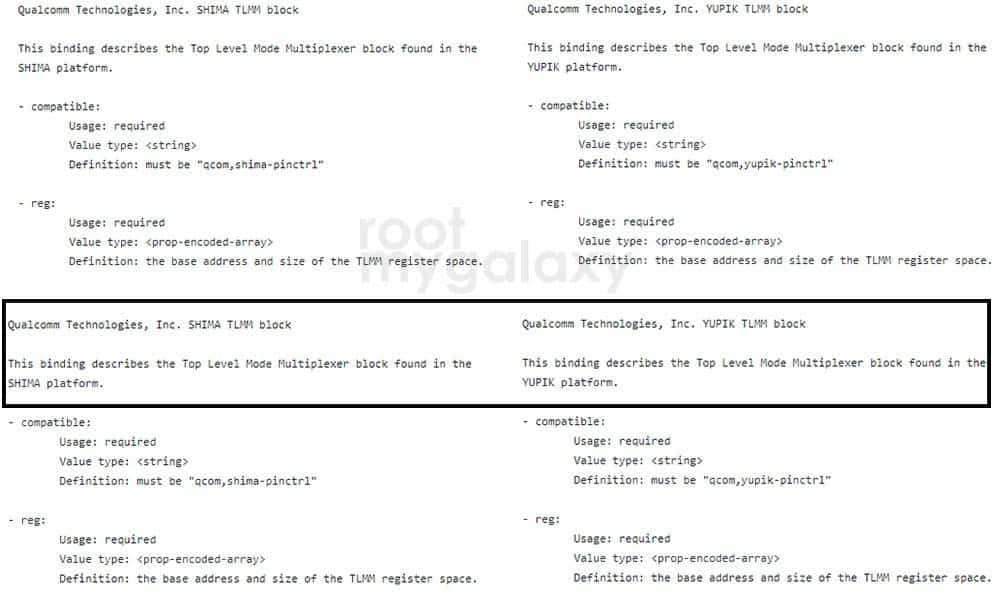 Unfortunately, not many details about the chipsets are available. So far, all we know is these chipsets are coming for the mid-range segment. According to some reliable sources, Shima uses Samsung’s 5nm EUV manufacturing process (5nm LPE). It has an Octa-Core CPU with 1x ARM Cortex-A78 + 3x ARM Cortex-A78 cores and 4 x Cortex-A55 power-efficient cores. The chipset has the Adreno 660 GPU. The chipset configuration is very similar to the one used in the Exynos 1080 SoC. Therefore we can expect similar performance. We don’t know much about Yupik, but Shima’s configuration suggests that it will not be meant for cheap smartphones. The duo of new CPUs probably belongs to the Snapdragon 7 series.

We were expecting Qualcomm to announce more than just the Snapdragon 888 SoC at the conference. Unfortunately, we will have to wait until the company decides that it’s the right time to unleash its new mid-range chipsets with cutting-edge technology.

To make the device more appealing for Android enthusiasts, the company posted the kernel sources for the Mi 11 (codenamed Venus) shortly after the phone’s announcement.

The kernel source release opens the door for developers to build mods and custom ROMs for the Mi 11. Those who are fans of the vanilla AOSP experience rather than the MIUI skin can also build ROMs for the flagship. In the near future, we expect developers to bring custom Recoveries and even custom ROMs like LineageOS, Paranoid Android for the Mi 11.

As far updates are concerned, Qualcomm revealed that devices with Snapdragon 888 will have at least three major Android updates. Of course, only time will tell if companies will manage to comply with this.

Next Galaxy Note10 is receiving Android 11-based One UI 3.0 update