After the official release of the Snapdragon 888 SoC, a plethora of companies confirmed that they will use this chip. The Xiaomi Mi 11 is already official and it is the first to use this chip. However other smartphones like Realme Race, OPPO Find X3, OnePlus 9, etc. will arrive next year with this chip. Obviously, there will be a battle for supremacy and the price will be a key consideration. The Xiaomi Mi 11 comes with a $612 starting price. This is fair considering that the Mi 10 has the same starting price. However, there are reports that a Redmi Snapdragon 888 phone is set to beat Xiaomi’s record.

While the Xiaomi Mi 11 hits the shelf on January 1st, a Redmi phone with Snapdragon 888 is in the works. According to the latest leak from @DigitalChatStation, the Redmi Snapdragon 888 phone is already in the network and has the codename “haydn”. The model number of this phone is “k11” and it may be the cheapest Snapdragon 888 device at launch.

There is also a Poco device that uses the “k11” model number. This device has also gotten some certifications. It appears that the Snapdragon 888 phone from Redmi will be a rebrand of a Poco phone. 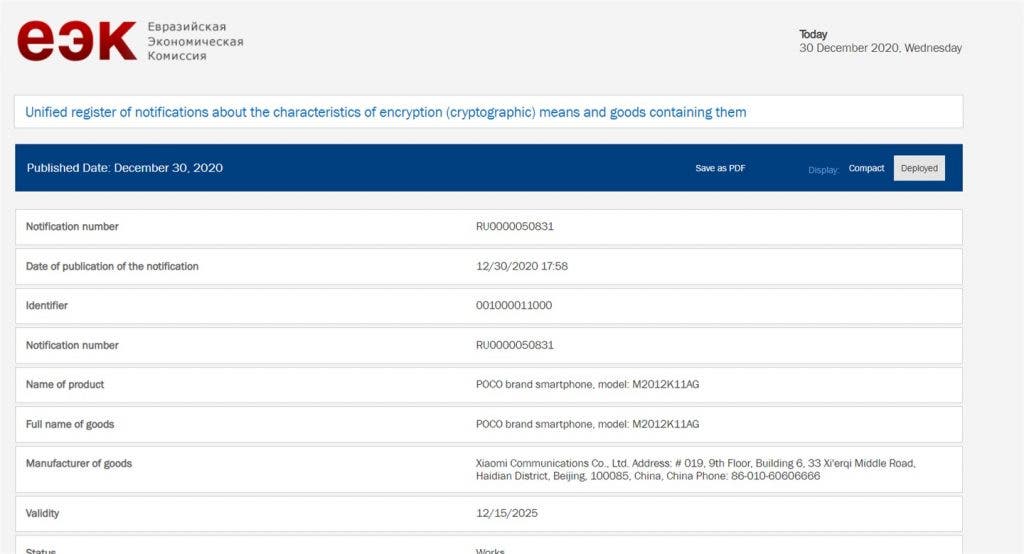 Earlier this month, there were reports that a new BlackShark phone with Snapdragon 888, code-named “Emperor”, was ready to launch. Speculations are that this device comes with high-level fast charging performance. From the leaks so far, it appears that the Redmi flagship will arrive much earlier than last year. 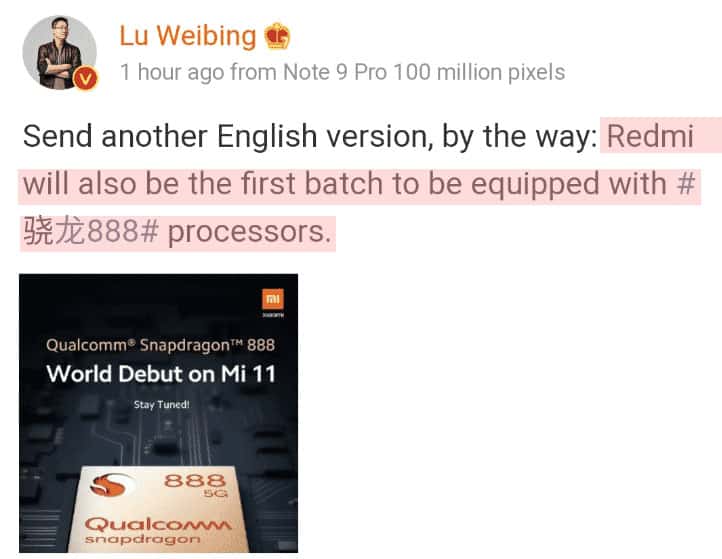 Unlike Xiaomi that explicitly mentions the Xiaomi Mi 11 series, Redmi didn’t reveal the smartphone that will feature this new chipset nor the launch date. However, we don’t need to learn space engineering to know that this probably refers to the Redmi K40 Pro. Redmi established its name as an independent brand with the release of its flagship killer Redmi K series. The company unveiled its Redmi K30 series one year ago and followed with the launch of the Redmi K30 Pro with the Snapdragon 865 a couple of months later. Now, we believe that the company is working on the Redmi K40 Pro which will also sit as a cost-effective flagship smartphone.