In October 2020, Huawei officially released the Mate 40 series of flagship models of the year. This series has four models including Huawei Mate 40, Mate 40 Pro, Mate 40 Pro +, and the Mate 40 RS. These smartphones are hardly on the shelves considering Huawei’s recent predicarment. However, The Mate 40 and Mate 40 Pro will be on sale today.  In the first official sale, the entire series was only available for 11 seconds before selling out. The Huawei Mate 40 comes with a 4999 yuan ($774) starting price. 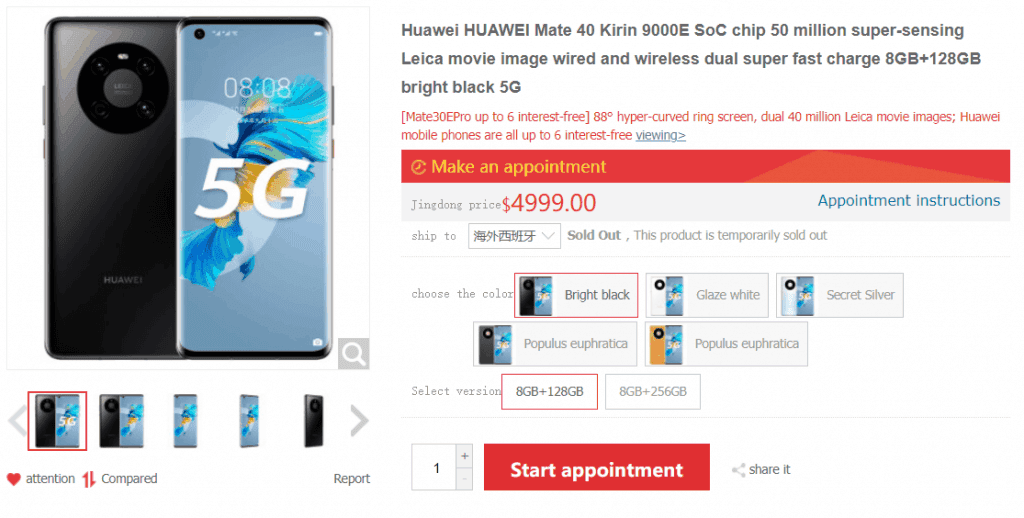 JD.com had the Mate 40 series on the first day of official sales. This platform has a lot of incentives for buyers of this phone. Some of them are

When available, users of the Huawei Mate 40 RS Porsche Design will have more exclusive incentives.

Mate 40 series – the most powerful Mate phone in eight years

After eight years and ten generations of innovation, the Huawei Mate 40 series has become the “most powerful Mate phone in history. It comes with improvements in design, performance, camera, and user experience.