We know that the next Snapdragon 888 smartphone the iQOO 7 will be officially released on January 11. Recently, there have been some samples posted on the official Weibo channel. Plus, we are getting more and more news about this handset from the official posters.

Today, iQOO officially announced that the iQOO 7 supports dual pressure-sensitive agile touch. If you still don’t understand what this means, it gives you a flagship game control experience. 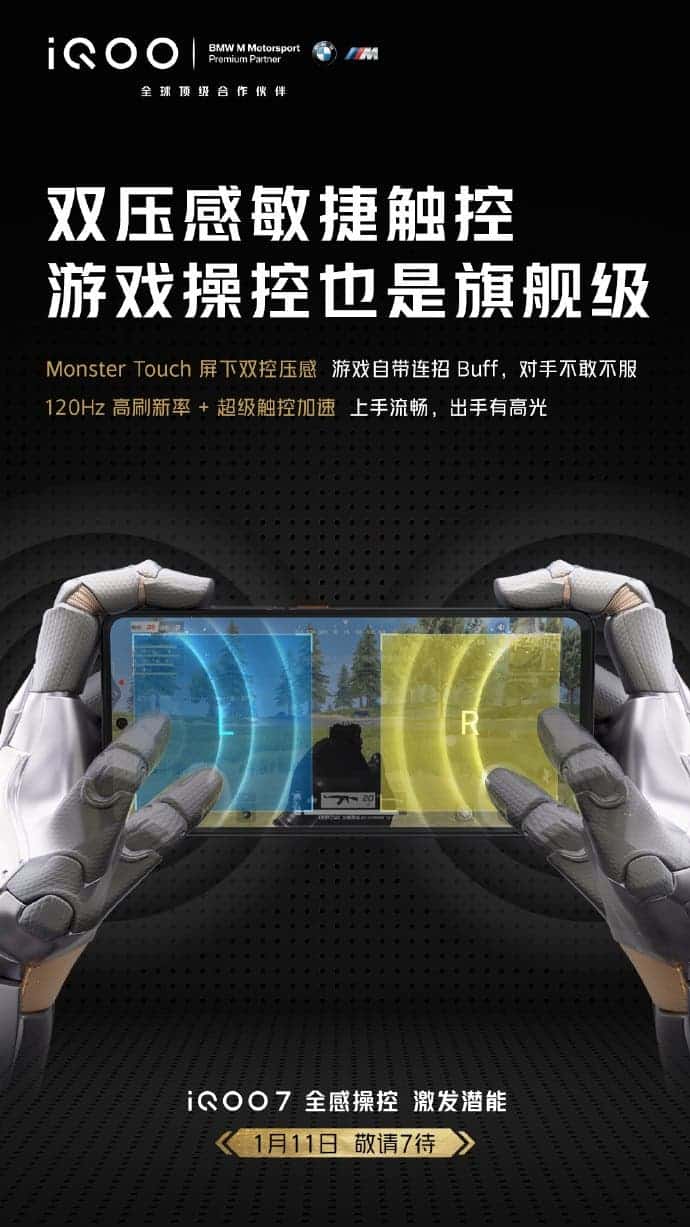 Prior to this, the machine has also appeared in the AnTuTu benchmark site, with a final score of 752,935 points. In fact, it exceeds the previous Qualcomm Snapdragon 888 prototype running score (735,439).

Earlier this month, iQOO has already released the real machine photos of the new iQOO 7 and announced that the machine will become the official KPL smartphone, equipped with Qualcomm’s latest flagship platform Snapdragon 888.

The so-called ‘super-large cup’ version of this machine will still adopt the rear three-camera. It will have a cloud-level module design and cancel the super-outsole GN1 sensor. Instead, it will sport a normal outsole main camera. The so-called ‘middle cup’ and the top version will still have triple-camera modules on the back, and unnecessary sensors will be eliminated.

In other aspects, the iQOO 7 has passed the national 3C certification and supports 120W fast charging. Honestly, this is one of those rare features that we know for sure. And at last, there is every reason to think that the phone will come with VIVO’s new operating system OriginOS.

Next Analysts predict the global smartphone ranking for 2021 - Samsung rules