It is not yet reliably known when Samsung will introduce the Galaxy S21 series, but regarding the battle for the right to be the first to release smartphones with Snapdragon 888, it has already lost to Xiaomi Mi 11. But the flagship from Xiaomi will not walk in the rank of the only device with the top Qualcomm chip for a long time. In less than two weeks, the iQOO 7 will debut, which will be based on the Snapdragon 888, and will be the second device on the market to have it on board. 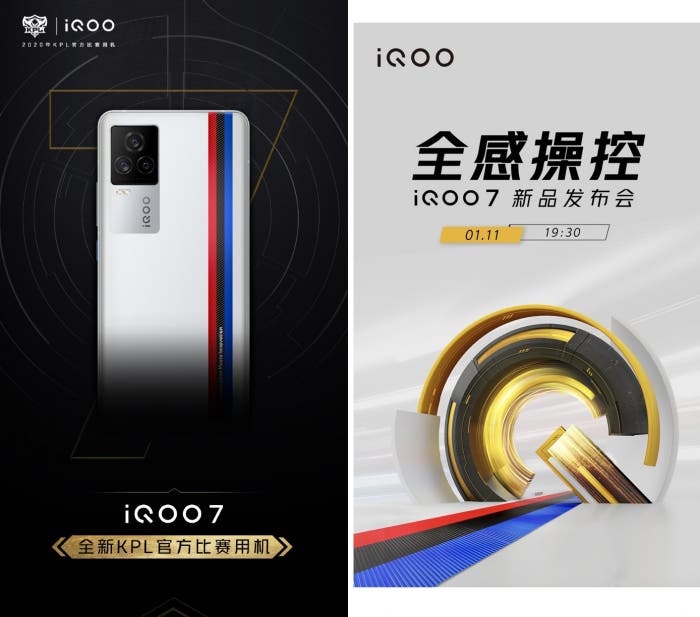 Vivo sub-brand has officially confirmed that it will premiere its top-end device on January 11. But at the same time; they did not disclose all the details about what characteristics they would give the new product. They only confirmed the presence of a Snapdragon 888 processor, cooling system, LPDDR5 RAM and a UFS 3.1 flash drive. 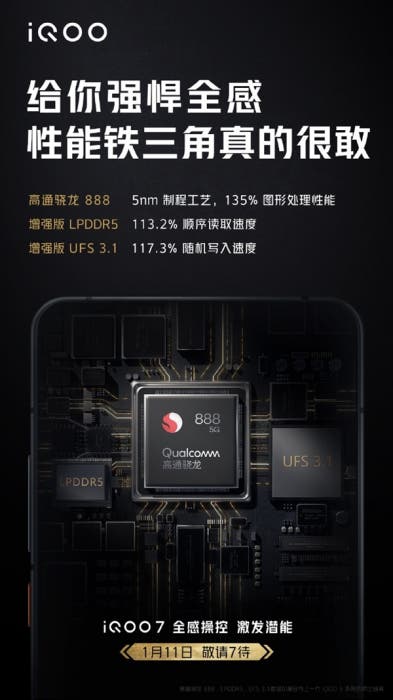 According to the information that previously appeared on the network, iQOO 7 will have a 6.5-inch display with FullHD+ resolution and a 120 Hz refresh rate alongside a round hole for the front camera. The smartphone will have a triple rear camera; where the main one will be a 48-megapixel module with optical image stabilization; alongside a display fingerprint scanner and 120 W fast charging. The iQOO 7 will be delivered with the Android 11 operating system with a special user interface from the manufacturer.

Chinese manufacturer, Vivo, is currently working on a couple of smartphones. Recently, a couple of devices from Vivo got the Chinese 3C certification. According to the listing, these devices support V2049A 120W fast charge. Furthermore, @DigitalChatStation claims that they are the first set of Vivo devices to use Snapdragon 888 and it’s in the iQOO 7 series. As of now, there is little or no information regarding the iQOO 7 series. 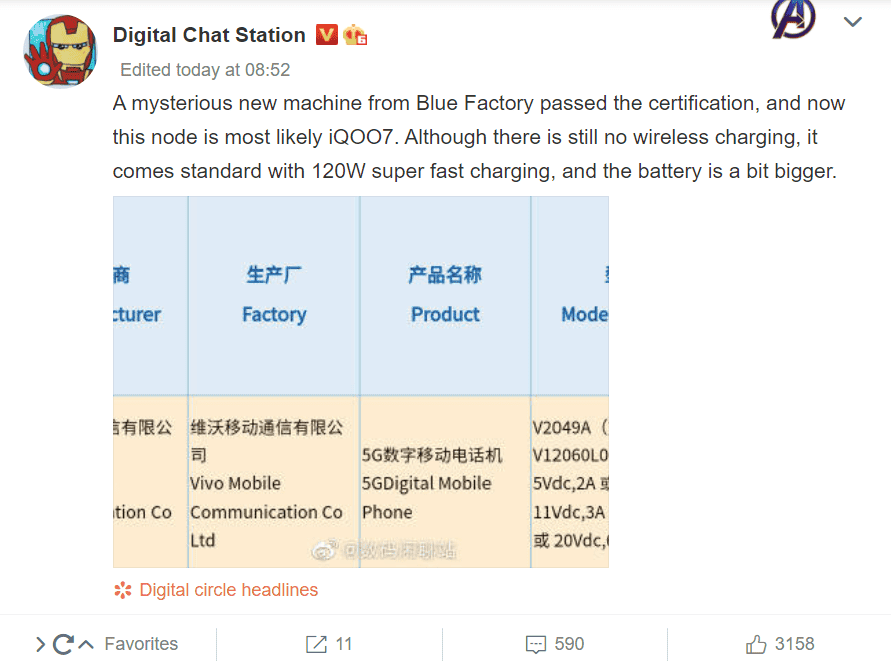 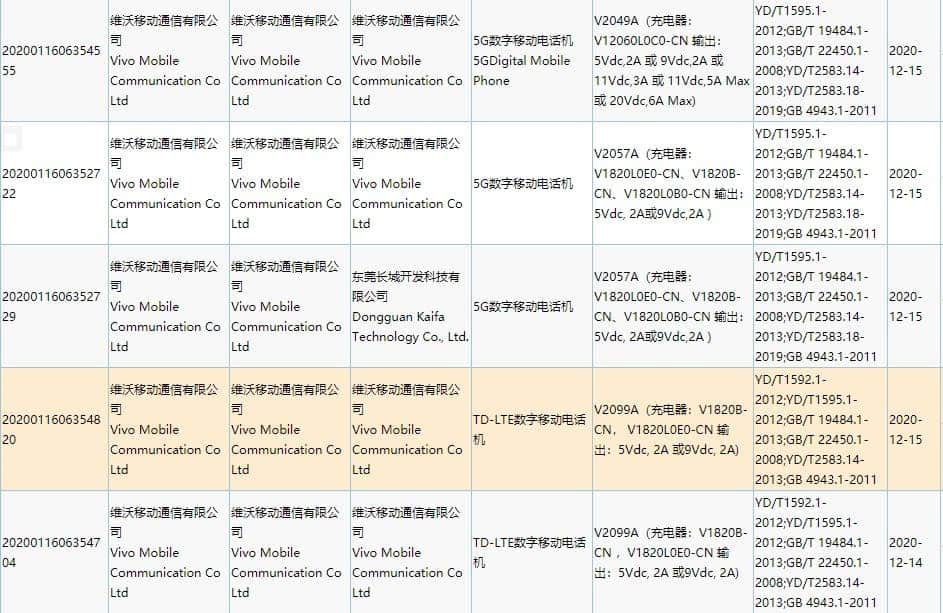