The market of tablets is the least competitive for devices sporting Android iOS. While Apple basically domains the segment with its iPad lineup, Android-powered tablets are far from being popular. However, the market still has a niche of customers that need a large device with Google’s operating systems. For that reason, there are some brands in the market that still ship good Android-powered tablets like Samsung, Huawei, and Lenovo. The latter unveiled it’s Lenovo Tab P11 Pro several months ago, and now is bringing a vanilla version for a budget-oriented audience. As you might expect, the device goes with the Lenovo Tab P11 moniker.

The new model packs a large 11-inch IPS LCD with 2000 x 1,200 pixels of resolution. Under the hood, the new slate packs the Qualcomm Snapdragon 662. Despite the lower number, this chip stands as an incremental upgrade over the Qualcomm Snapdragon 665. This chipset delivers decent performance for normal tasks and can even run some games with modest graphic settings. The processing power is paired with 4GB of RAM and 64GB of storage in the basic version. If you need a device with more capabilities there is a 6GB RAM with 128GB of storage variant. Both of them come with microSD card storage for further memory expansion.

The new tablet also comes with a single 13MP camera around the back and an 8MP selfie snapper on the front. While this tablet isn’t meant for photography, the 8MP camera should ensure high-quality video calls. The Tab P11 draws power from a 7,500mAh battery that has 20W fast-charging over USB-C. This isn’t the fastest charging standard in the market, but it’s awesome to see Lenovo shipping an affordable device with a 20W charging rate. After all, some OEMs still insist on devices with less than 18W charging.

On the software front, the Lenovo Tab P11 comes with Android 10 OS and all the goodies that Lenovo offers on its skin. The software part may be a little underwhelming for those who care for updated software. After all, we’re in 2021 and Android 11 launched several months ago. One time that the company struggles to deliver timely updates for its smartphones, we can expect anything better in the tablet segment.

An interesting fact is that the new tablet comes with Wi-Fi 6. The new standard is yet to make way for the biggest part of smartphones, despite the cheap nature of this tablet it’s good to see Lenovo packing it with cutting edge Wi-Fi tech. It also has LTE for those who need internet while on the go. Other features include a Quad-Speaker setup, support for Keyboard Pack, Dock, and Precision Pen 2 stylus. These accessories can be purchased separately. 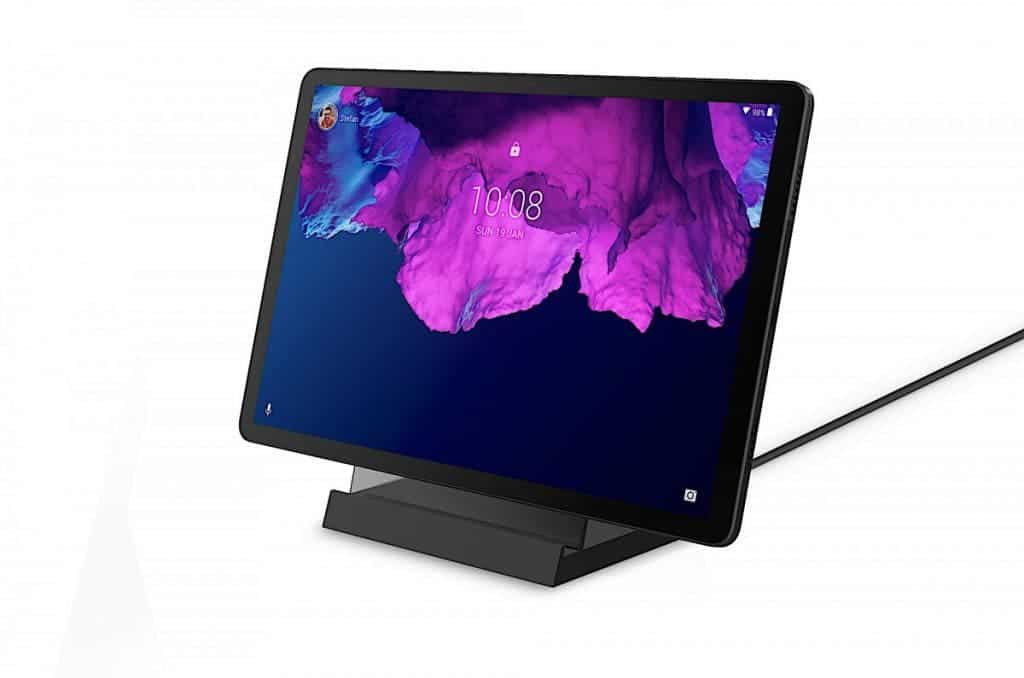 The most basic version of the Tab P11 costs $229.99 and the sales will start later this month. We expect more details to surface about the high-end variant in the coming days.