OnePlus Band – the first wearable of the company is official in India. The main highlight of the new fitness band is the 2-week battery life and colored AMOLED display. OnePlus Band will give tough competition to Mi Smart Band 5 in India. The new Fitness band also tracks the blood oxygen(SPO2) levels via infrared light sensors. 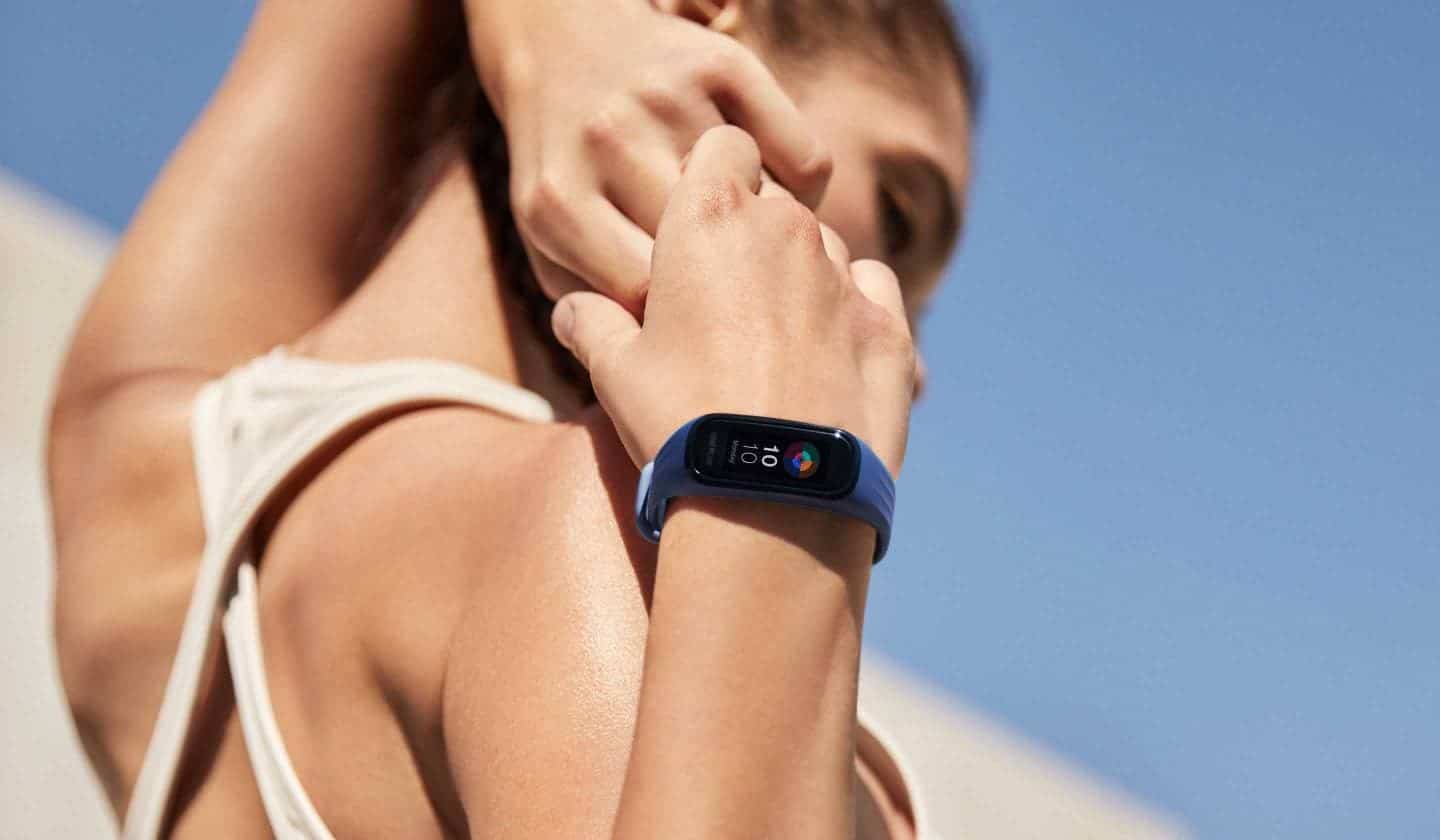 OnePlus Band comes in a Black color option. Although there are two strap options that include Tangerine Gray and Navy color options for ₹399 (~$5.44) each. OnePlus Band will go on sale via OnePlus stores, Amazon India, Flipkart, and OnePlus exclusive offline stores from 13th January onwards.   However, it will be available to Red cable club members under early access sale from 9 AM on 12th January 2021. OnePlus Band is priced at ₹2499(~$34.04).

The new fitness Band features a 1.1-inch AMOLED panel with 126×294 pixel resolution with touch controls. Looking at the design of the OnePlus Band there are no physical buttons. It packs an optical heart rate sensor, an Infrared sensor to monitor blood oxygen (SPO2), a three-axis accelerometer, and a gyroscope. OnePlus Band is water-resistant up to 50 meters for 10 minutes and it also IP68 certified.

Along with the OnePlus Band, the company also introduced a health app that can track your daily activities like heart rate, SPO2 levels, steps, and other exercising reports. After OnePlus Band the company is going to launch the OnePlus smartwatch soon. There are some leaks and reports that say OnePlus will announce its first smartwatch in early 2021.