Today, Lu Weibing, Vice President of Xiaomi Group, and General Manager of Redmi Brand released some spoilers regarding the upcoming Redmi K40. His post Weibo post reveals quite a few important information. The most important is probably the price. According to Lu Weibing, the Redim K40 will start at 2999 yuan which is approximately $463. 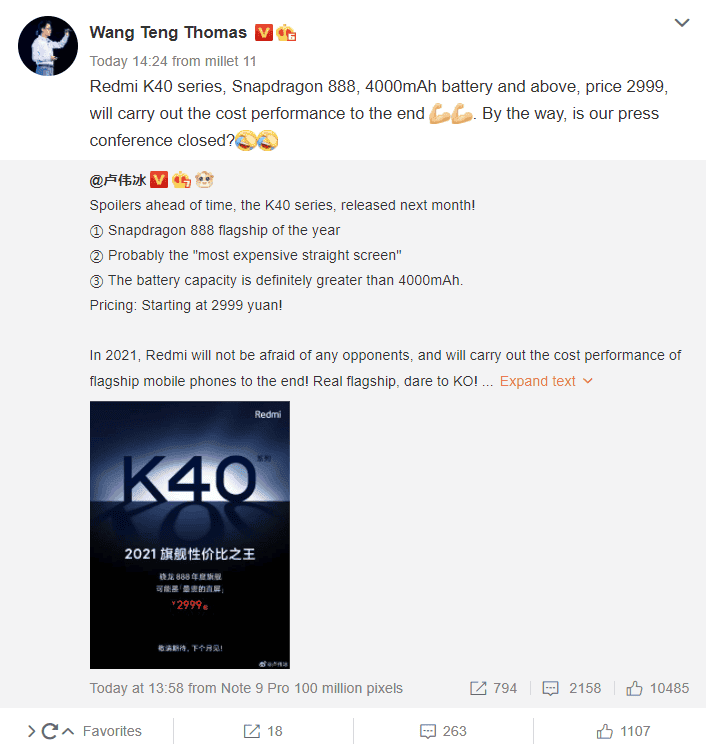 Furthermore, we already know that this device will arrive next month and it will come with the Snapdragon 888 SoC. Considering the “spoiler”, Wang Teng, product director of Xiaomi adds more information. According to Wang Teng, the Redmi K40 series will be very cost-effective. This suggests that the Redmi K40 will offer much more than Lu Weibing has revealed so far.

In addition to the price, Wang Teng also reveals that this device will come with a 4000+ mAh battery. However, he did not give the exact rating of the battery. In addition, this smartphone may come with the most expensive straight screen ever.

Next OnePlus Band with 2 Week battery life is Official