Qualcomm has just announced the acquisition of Nuvia for just around $1.4 billion. This name probably does not ring a bell in your mind. However, the ones who founded this company have a certain level of importance (via). Nuvia has Gerard Williams as CEO and President. John Burno and Manu Gulati are the SVPs of engineering. What these names have in common? The three worked at Apple for years. Previous jobs also include ARM, ATI, AMD, TI, Broadcom, and others. In other words, these are industry veterans with huge experience in the segment.

The CEO’s credentials are quite impressive. At ARM, he worked at the Cortex-A8, A15, and other cores. Later he was the Chief Architect for Apple CPU and chipset development. He also leads the work on core designs starting with the Cyclone and ending with Firestorm. This covers Apple’s chips starting from the A7 all the way to the current A14. He probably also played a certain role with the manufacture of Apple M1. Bruno and Gulati were on his team until 2017.

Nuvia has the following description:

“proven world-class CPU and technology design team, with industry-leading expertise in high-performance processors, Systems on a Chip (SoC) and power management for compute-intensive devices and applications.”

Now, Nuvia’s workforce and expertise will be direct to Qualcomm and its CPUs. The new CPUs being developed by the company will be used in Qualcomm’s flagship smartphone chipsets. However, they will also help the company to expand into the market of laptop chips. After all, Qualcomm certainly will take a ride in the popularity of ARM-based computers. The trend has been started by the Apple M1 and certainly will grow in the coming years. Nuvia will also work on future car CPUs as Qualcomm is investing in this segment too. 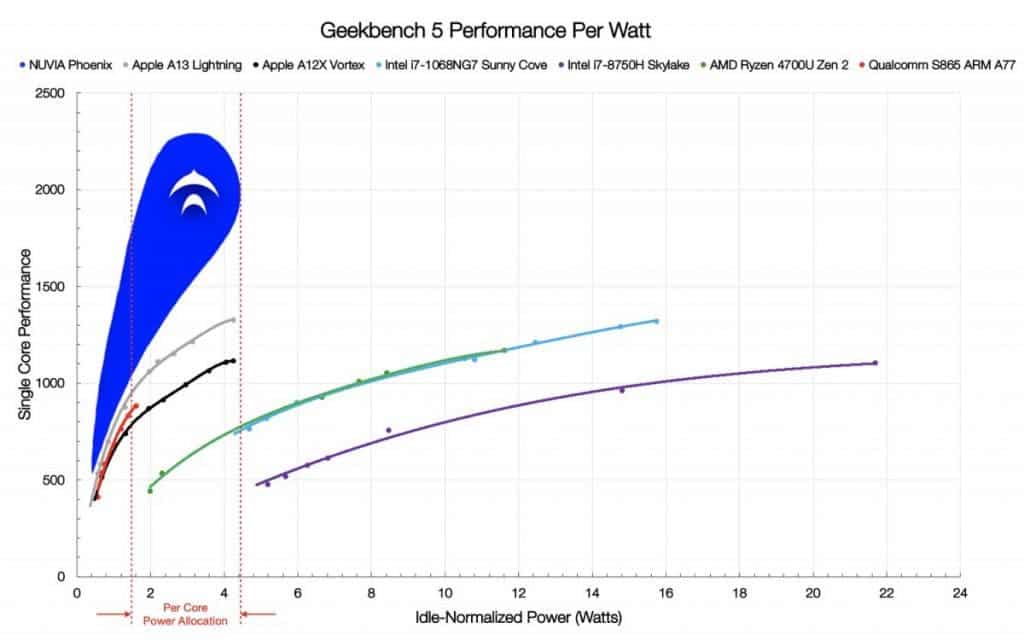 Back in August 2020, Nuvia published some of the preliminary results obtained from its Phoenix CPU. The company pitted it against the likes of the Apple A13 as well as AMD and Intel mobile solutions. Each Phoenix core can consume between 1W and 4.5W and in that power band, it offers double the performance per Watt than its competitors. We are excited to see the Phoenix standard in new Qualcomm Snapdragon CPUs and it will certainly happen in the future.

Qualcomm has been using ARM Cortex designs as the basis for its CPUs for years. Now, with the Nuvia team, the company may develop in-house solutions. That may increase the competition in these days of Apple custom cores. While the Phoenix core has been developed with servers in mind, the low power consumption will perfectly fit on smartphones.

Next MIUI 13 coming soon with these Xiaomi devices