The CES 2021 exhibition officially opened, and Samsung announced a promotional video on the first day of the exhibition. In the video, we can see a new phone with a full screen. There are related reports that the phone may be the Galaxy Note 21 engineering machine that will be launched in the second half of the year. The most concerned is that this is Samsung’s first smartphone with an under-screen camera technology.

According to LetsGoDigital, Samsung has been working on the research and development of under-screen cameras for the past two years. They had previously expected Samsung to launch smartphones equipped with this technology in 2021. 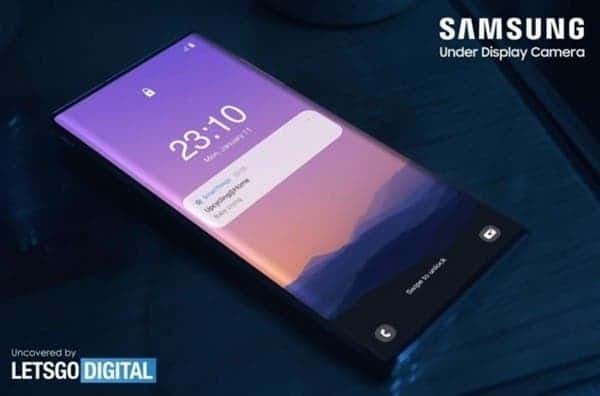 As for now, we still don’t know for sure when the first Samsung Galaxy smartphone with an under-screen camera will be released. The Samsung Galaxy S21 series will hit the market next week. But all three models from this family will still have a punch-hole selfie camera. Samsung may see an opportunity to launch a smartphone with an in-display camera in the second half of 2021.

Which Samsung Phone Will Debut The Under-Screen Camera?

We think it will appear on the Galaxy Note 21 Ultra. However, one thing is clear – the Galaxy S21 will be the last flagship handset with no under-screen camera. In this sense, the new Note line is the best nominee. However, this model is expected only in August. So we have a fair question whether this new technology will be available by then.

Anyways, many believe that the Galaxy Z Fold 3 will feature an under-display camera as well. But we don’t think the Korean company can apply such complex technology to a foldable smartphone.

There is another variant. It is more likely that Samsung will first apply this technology to a mid-range A-series smartphone. If you remember, the Galaxy A8s released in 2018 was the very first Samsung smartphone with a punch-hole screen. In this sense, the Samsung Galaxy S22, expected this year, may be the first smartphone from Samsung with such a new type of selfie camera.