Recently, MediaTek’s official Weibo channel showed a poster saying that on January 20, the new products of the Dimensity series will be announced. This SoC will come with a superior technology and an upgraded experience. We have already managed to inform you that likely we will see the first 6nm high-performance chip Dimensity 1200. According to sources, its official data theoretical performance can beat the Snapdragon 865. 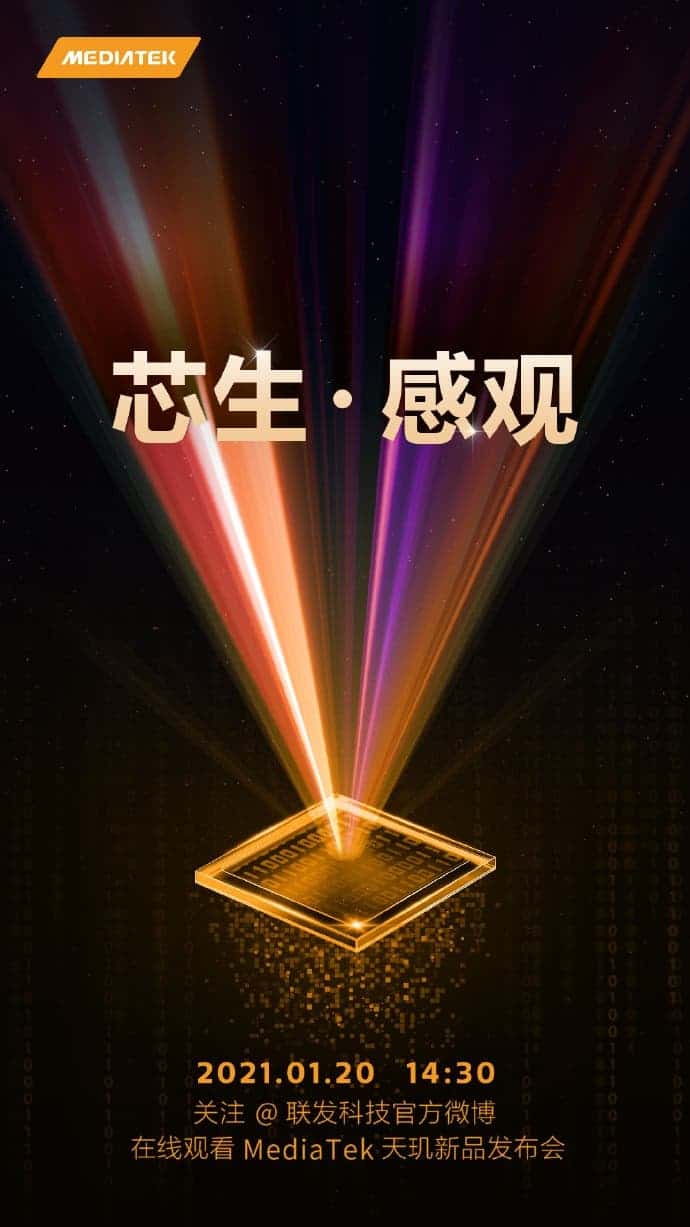 As for now, a Weibo blogger says that in addition to the Dimensity 1200 chip, there will also be the Dimensity 1100 chip. By the way, the Dimensity 1100 is the modified version of the Dimensity 1200 (mt6893). It will come with a reduced frequency and use the 6nm + 4 * A78 + 4 * A55 architecture. But there are also rumors saying it may use the 1 + 3 + 4 architecture. Anyways, the main frequency will be reduced to 2.6GHz±. The GPU is not overclocked. In addition, ISP supports up to 108MP±, while the supported screen parameters reach FHD resolution as well as 144Hz refresh rate. (mt6893 supports FHD + 168Hz). The rest of the supported features include UFS 3.1 storage and LPDDR4x memory. In other words, we are dealing with a mid-range chip.

As some sources claim, MediaTek has received orders for 5 nm chips from China-based smartphone manufacturers including OPPO, VIVO and Honor. So is expected to gradually mass-produce and ship them in the fourth quarter of 2021.

Anyways, that’s not strange that the Taiwanese chip maker is designing so many chips. We mean the US government bans the Chinese companies one after another. So there is every reason to think the major Chinese smartphone manufacturers will switch to MediaTek from Qualcomm.