Chen Jin, who is the general manager of Lenovo’s China mobile phone division, recently confirmed that Motorola‘s new flagship will be launching very soon, and today a new teaser featuring the silhouette of the Motorola Moto Edge S smartphone was released.

Lenovo promises that a very big announcement awaits us today. Earlier, the company officially confirmed that the new smartphone will be released under the name Motorola Moto Edge S.

The display will have a resolution of FHD +, while its frequency will be at least 90 Hz. The Motorola Edge S is also expected to feature a triple camera setup. The main sensor is a 64MP OmniVision OV64B with a wide-angle lens. Additionally, an image sensor OmniVision OV16A10 with a resolution of 16 megapixels with an ultra-wide-angle lens will be installed, as well as a 2-megapixel OmniVision OV02B1B for determining the depth of the scene. It will run the Android 11 operating system out of the box.

After a couple of years of sticking with the mid-range segment, Motorola finally made its return to the flagship market last year. The company unveiled the Motorola Edge+ featuring Snapdragon 865 SoC, 90Hz display, and powerful cameras. Now, it’s natural to expect a new flagship from the company. Back on Monday, Motorola teased a new flagship dubbed Motorola Edge S. According to previous reports, the device will be the Motorola Nio which was said to come with Snapdragon 865. The last year’s flagship SoC certainly isn’t the most appealing choice in 2021 as we’re expecting high-end phones with the Snapdragon 888. Now, a new report from the Chinese tipster Digital Chat Station states that the new phone is actually coming with an unreleased Snapdragon 800 series SoC. 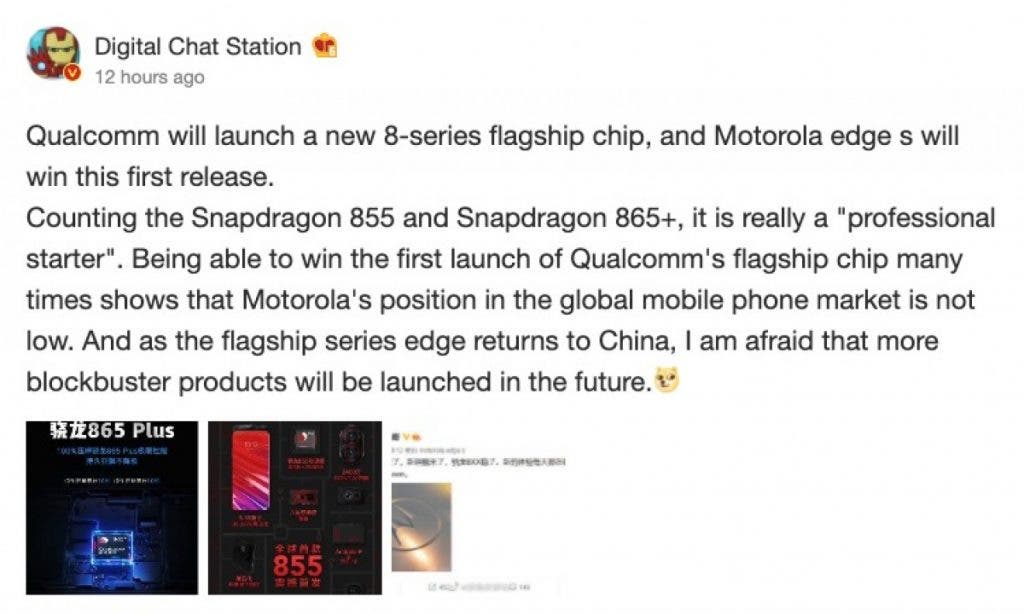 According to GSMArena’s report, the new chipset may be the previously leaked Snapdragon chip codenamed “Shima”. This chipset appeared a couple of weeks ago and seems to be a new “kind” of Qualcomm high-end chipset. This chip features Samsung’s 5nm process and brings a Cortex A78 main core clocked at 2.70GHz. Moreover, it should come with three additional Cortex-A78 cores operating at 2.36GHz and four Cortex-A55 cores running at 1.8GHz. The big “downgrade” in comparison to the Snapdragon 888 is the lack of a high performing Cortex-X1 core. The chipset also comes with an Adreno 660 GPU offering the best of gaming performance as well as LPDDR5 RAM and UFS 3.1 memory support. This chipset could come as a cheap Snapdragon offering for cost-effective flagships.

Could it be the Snapdragon 880?

Since the last year, companies have been sticking with the strategy of bringing cheaper flagship sporting high-end SoCs that came a year before. For instance, we have Realme X3 SuperZoom which sports the Qualcomm Snapdragon 855+. The strategy proved to be successful in cases where the phone costs less than “standard” flagships. Otherwise, using an old chip would be a complete failure.

Also in the last year, reports were suggesting the launch of a Snapdragon 860 SoC, but it never came. Perhaps, this year, Qualcomm finally is ready to unveil a “lesser” version of its flagship SoC. It could debut as Snapdragon 880, using the last year’s rumors guidelines, of course. 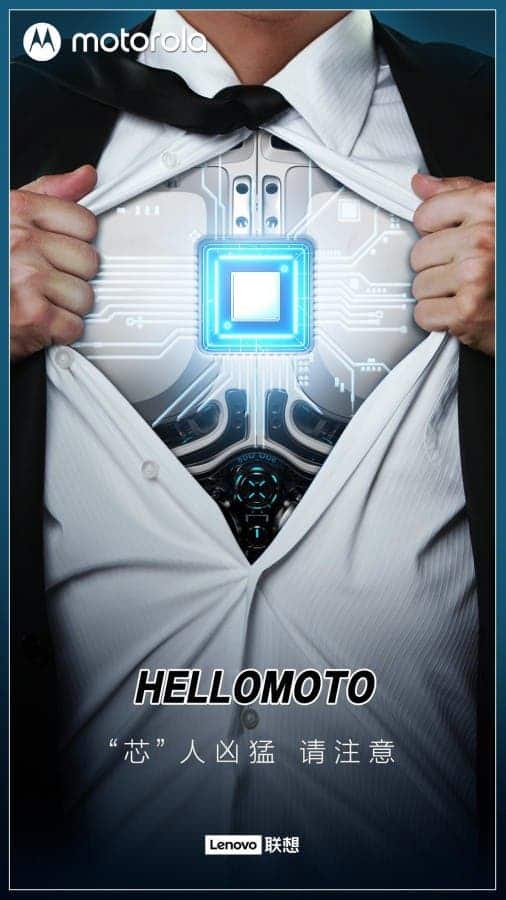 In addition to these unofficial leaks and rumors, Motorola released yet another teaser. The company published a teaser with the “Hellomoto” logo on its official Weibo account. The point of the focus in the teaser certainly is the new chipset giving the phone its appeal. Considering the number of teasers, we expect Motorola to unleash a launch date in the coming days.

Previous Realme will open thousands of stores around the world