Realme Vice President and President of China Office Xu Qi announced on his Weibo social media page that the new flagship Realme Race – The first 160 Hz screen smartphone – will be released after the Chinese New Year, that is, after February 12th.

In early December, Qualcomm announced the Snapdragon 888 SoC. After the announcement, Realme announced that it would release a flagship phone based on the new SoC, later it became known that it was a Realme Race line. 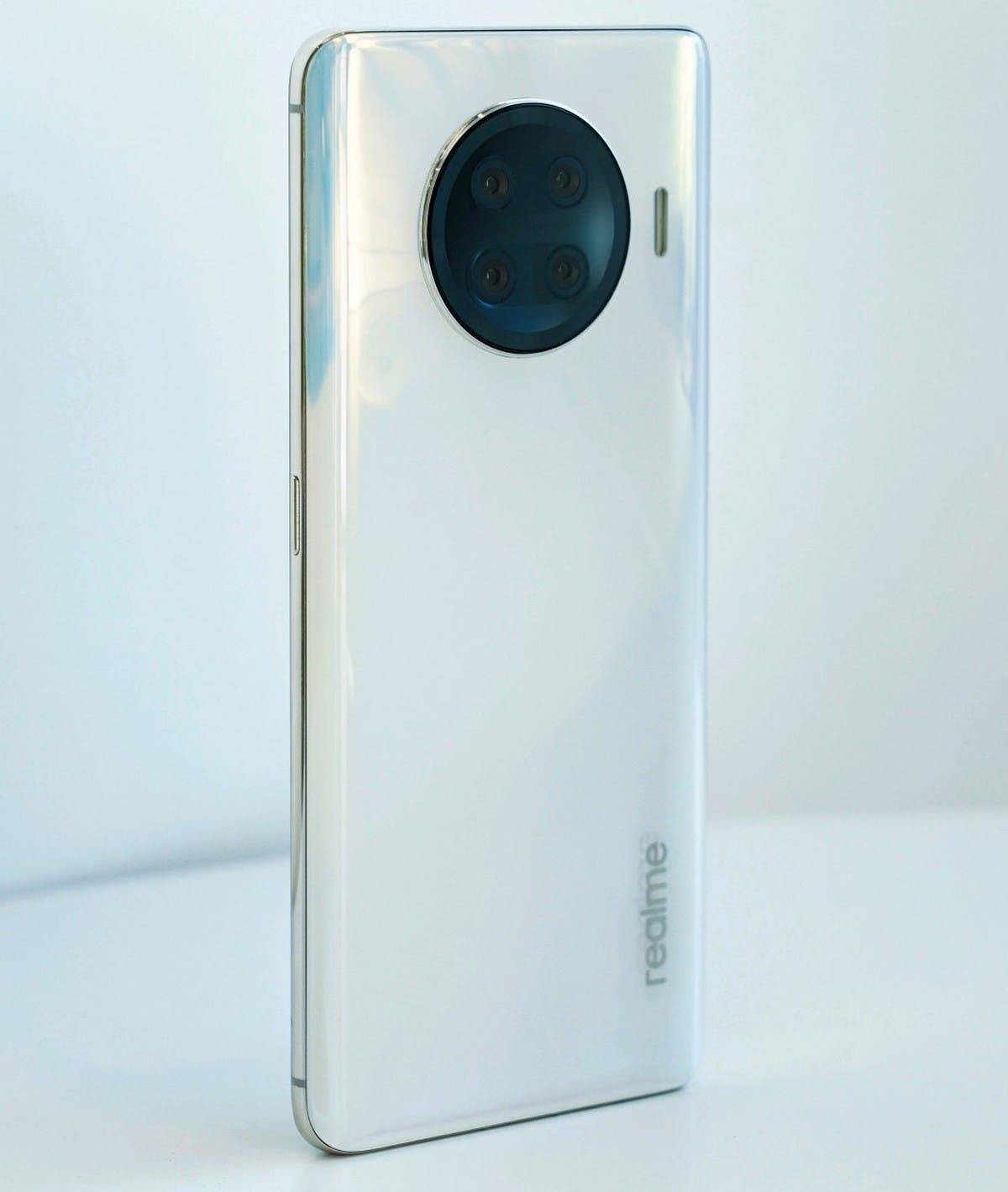 This line should include the Realme Race Pro model with a 6.8-inch OLED display with a resolution of 3200 x 1400 pixels with support for an ultra-high refresh rate of 160 Hz.

When Qualcomm announced the Snapdragon 888 earlier this month, many Android OEMs started to tease their upcoming flagships with the new chipset. Among the Chinese gang, we saw Realme teasing its upcoming flagship dubbed Realme Race. The new flagship is expected for the first quarter of 2021 and according to rumors will be quite exciting. Besides the new flagship SoC, the phone is also said to sport 120W fast-charging technology. It will be one of the first flagships coming with this crazily fast-charging rate.

Just recently, Realme created a new Weibo account to tease its upcoming flagship that bears the Koi codename. Interestingly, the existence of an official account isn’t holding tipsters from posting additional info and leaks. Later, the tipster that goes by the name @Geek_Cao posted (via GSMArena) a set of pictures of the unreleased phone along with key details. 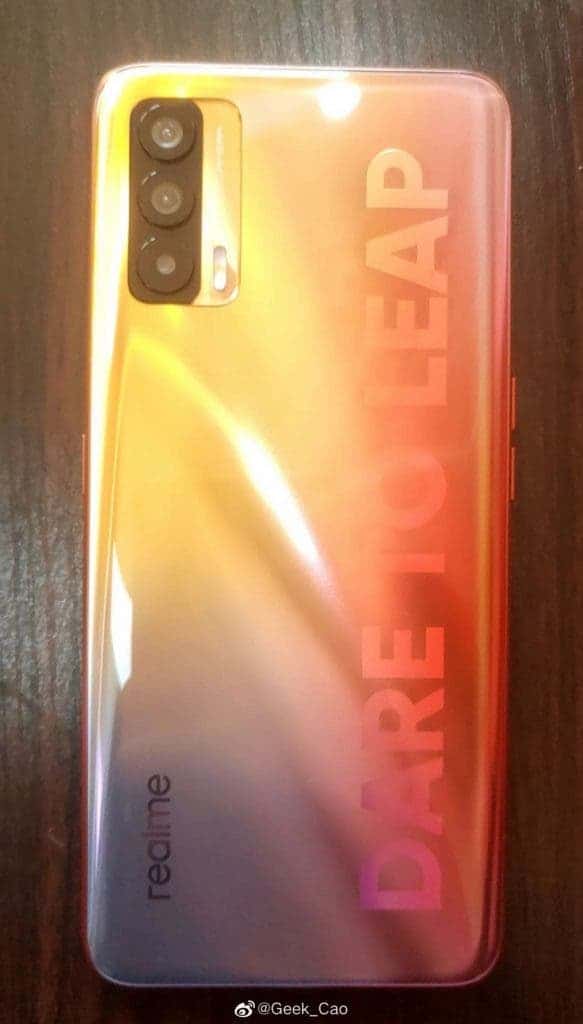 Once again, Realme will bring its “Dare to leap” slogan in the handset back. We have big words that resemble the design of the Realme X7 Pro. Well, at least this is not awkward as the Realme X2 Pro logo position. The slogan also has been confirmed by the company Koi-themed teaser that confirmed the availability of a Snapdragon 888. 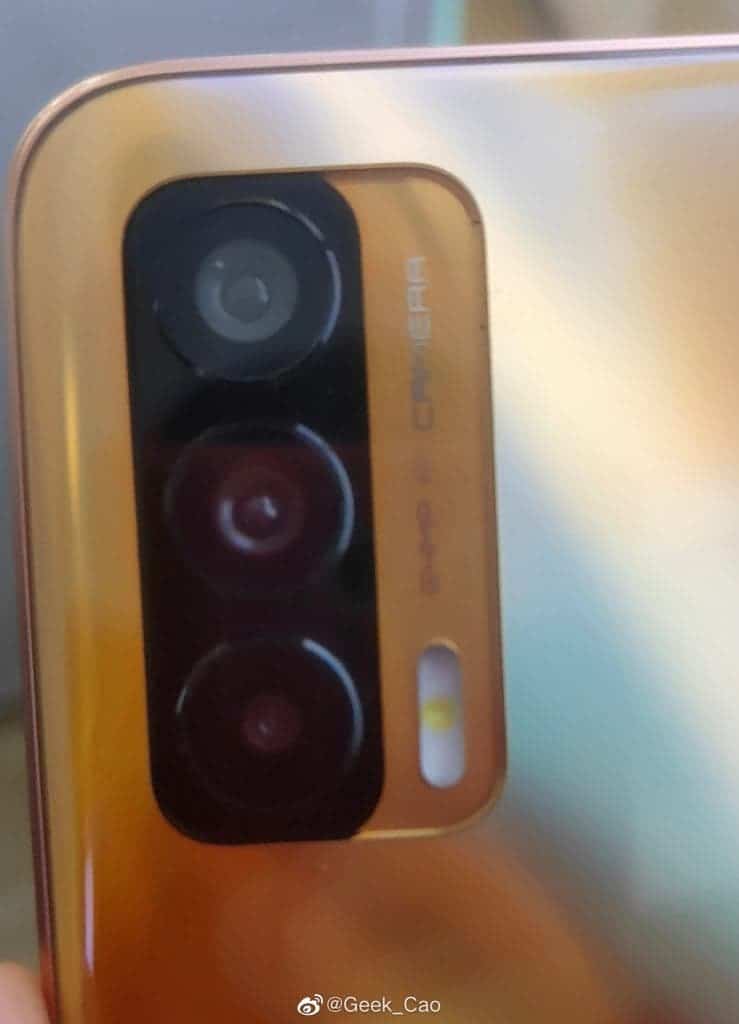 Still looking at the images, we can see a Triple-camera setup comprising a 64MP main camera. It’s a rectangular cutout just like most 2020 Realme smartphones. The 64MP camera presence has been circulating in the rumor mill, so we can say that now it’s pretty much confirmed.

Interestingly, the Koi photos show a phone with a glass back and a two-color gradient. This goes against a previously leaked render of the Race suggesting a vegan leather back with the sporty paint job. However, this does not mean that Race and Koi are distinct smartphones. Perhaps, the leatherback is just a special edition of the phone. This won’t be the first time that a Chinese company adopts such a strategy.

Apart from the chipset and camera setup, the Realme Race, or Realme Koi, is set to come with 125W UltraDART fast charging technology. This insane tech will bring a 4,000mAh battery from flat to zero to 41% in just 5 minutes. If you want a full charge, then you’ll need to wait 20 minutes when coming from flat zero. That’s insanely fast, and certainly, this tech will make the Realme Race one of the fastest phones to charge in 2021. After all, many Android OEMs aren’t comfortable with fast-charging techs just yet.

We expect more details about the Realme Race to expect in the coming weeks. According to rumors, the Race will come with a CNY 5,000 (That’s roughly $765). Unfortunately, it shows how SD888 phones are expected to come at expensive price tags.