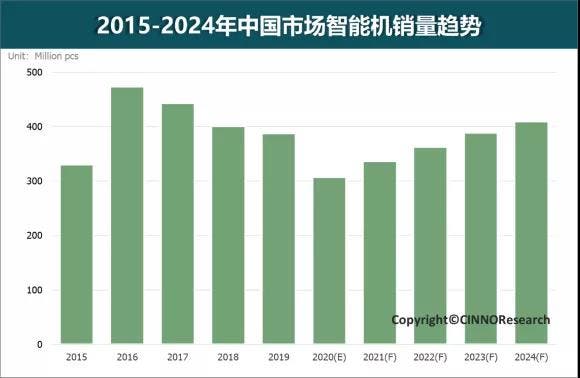 Xiaomi and Apple follow closely in fourth and fifth positions respectively. Samsung will have to make do with the sixth position. The market share ranking in 2020 is similar to 2019. However, there is still an overall decline in the sales of Huawei, Vivo, and Oppo. On the other hand, Xiaomi and Apple recorded massive growths.

In terms of brands, Huawei (including Honor) sold 114 million smartphones. Affected by the US ban, Huawei’s total sales dropped by 24%, but it still ranks No. 1 in smartphone sales in China in 2020, with a market share of 37%. 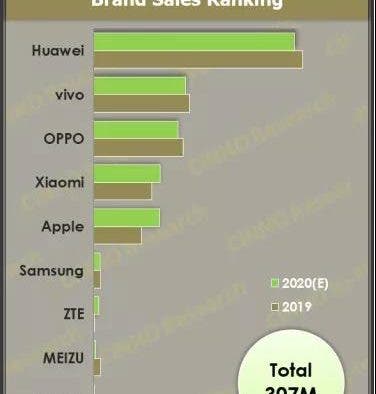 Xiaomi’s smartphone sales volume was approximately 37.82 million, with a market share of 12.3%. This is also a year-on-year increase of 1.6%. In the second half of 2020, Xiaomi’s performance was particularly strong, with sales increasing 23% year-on-year against the trend, of which Redmi sales increased by 37% year-on-year. Xiaomi put up a strong competition with its Redmi 10X and K30 series.

Predictions for the Chinese smartphone market

CINNO Research also believes that the penetration rate of 5G smartphones in the Chinese market will reach 96% in 2024. In 2020, 5G smartphones account for 41% of the total smartphone sales. This is a 38% year-on-year increase. 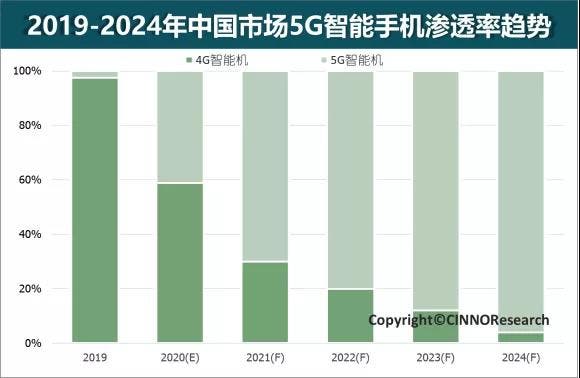