Today, Xu Qi, vice president of Realme, shared Counterpoint data. According to the market research company, in the fourth quarter of 2020, Realme’s smartphone shipments ranked TOP7 globally, an increase of 80% year-on-year. But what’s more interesting, it is considered to be the world’s fastest growing smartphone brand continued.

Not only that, but Realme also performed well in the Q3, 2020. According to the research report released by IDC, in the third quarter of 2020, 5G smartphone shipments in the Chinese market are about 49.7 million units. And Realme ranks in the top five.

Xu Qi said that the entire 5G industry has been developing rapidly in the past year and has shown great vitality. China’s 5G development has achieved obvious results. And the speed of base station construction is far ahead in the world. 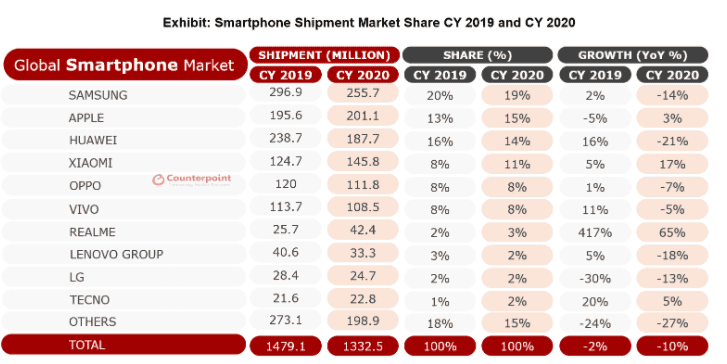 ‘We hope to move towards the top three in more markets in the future and launch an offensive against world-class smartphone manufacturers. It may depend on comprehensive capabilities such as the grasp of the supply chain, the clear positioning of the product, and the judgment of consumer preferences.’

Realme Race Is On The Road

It is worth noting that Realme is about to release its first flagship smartphone Realme Race in 2021. It should debut after the Spring Festival. And this handset should accelerate the growing pace, making it the fastest growing smartphone brand next quarter as well. 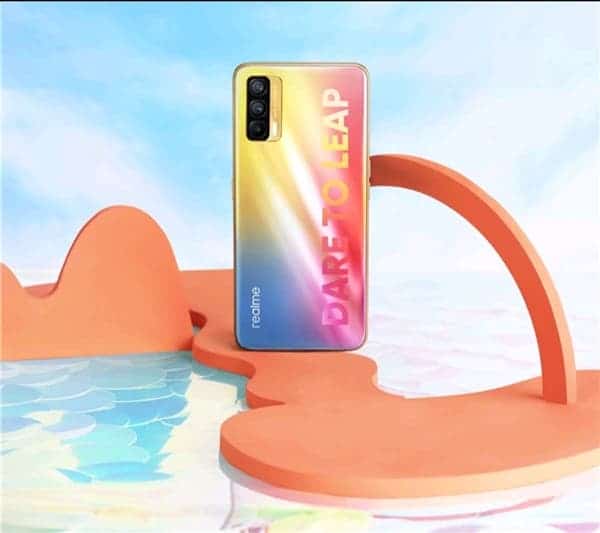 The Realme Race will come with a 64-megapixel quad-camera on the rear, using a familiar rectangular module. Realme has confirmed that it will be one of the first brands to bring smartphones powered by the Snapdragon 888. However, apart from this, there will be the Pro version as well. It will sport the Dimensity 1200 chip, a maximum of 12GB LPDDR5 memory, and its flash storage capacity will reach 128/256/512GB. Most importantly, the Realme Race Pro will also come with an OLED display of 6.8 inches. It will have a resolution of 3200 x 1400 pixels. The screen will also support 160Hz ultra-high refresh rate.

Next iPhone SE Plus To Sport 6.1-inch Screen And Support Face ID