As we all know, Samsung has been committed to advancing the development of folding screen smartphone products in recent years. At present, it has launched two fixed folding screen product lines, namely the Galaxy Z Fold for business and the Galaxy Z Flip for fashion and portability.

The Samsung Galaxy Z Fold 2 was officially released in August last year, less than half a year ago. Now, according to the latest news, Samsung may launch a new generation of folding screen smartphone products in advance. As you guess, we are talking about the Galaxy Z Fold 3.

According to local Korean media reports, Samsung Galaxy Z Fold 2 has a high degree of completion, and the problem of insufficient screen and hinge durability has been greatly improved. The overall market performance has exceeded expectations. Samsung will release a new generation of products in advance. The rumored launch date is May. 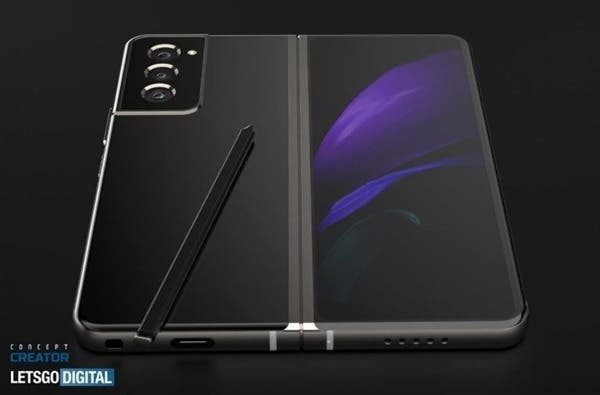 In fact, some time ago, we got some information about this new machine. Plus, we saw some high-definition renders. According to them, the Samsung Galaxy Z Fold 3 will continue the design of the previous generation product as a whole. The rear camera adopts a similar appearance to the Galaxy 21 series. And the screen ratio of the internal and external screens has been increased.

It is worth noting that the render shows that the front screen of the machine does not have an opening for the front camera. This caused a lot of discussions. And some analysts believe that it will use under-screen camera technology.

It’s not groundless. Samsung’s previous submission of the ‘UPC’ (Under Panel Camera) trademark in South Korea confirmed the rumors that it will launch an under-screen camera product this year.

We also know that the Samsung Galaxy Z Fold 3 will come with the S Pen stylus as well as a new generation of ultra-thin glass-covered screen. The latter can effectively improve the scratch resistance of the screen. Thus, it will better withstand the friction when using the stylus.

In terms of configuration, the Samsung Galaxy Z Fold 3 will feature Qualcomm’s latest flagship Snapdragon 888 processor. And the screen will also support QXGA (2048×1536) resolution as well as 120Hz refresh rate.