2020 certainly was one of the less relevant years in HMD Global’s recent story. The brand behind Nokia’s revival launched just a couple of handsets in the last year due to the global pandemic. We were also expecting a flagship smartphone coming from Nokia, but unfortunately, the device is yet to see the light of days. Considering the lack of concrete info, we don’t even know if the brand has real plans for a Nokia 9.3 PureView. Despite the complicated year, HMD is ready to start its 2021 and hopes for a more expressive year. Apparently, the Nokia 2.5 will be one of the first devices coming this year.

The Finnish brand announced the Nokia 2.4 in September 2020. One could think that there’s still soon to launch a successor for this device, but that does not seem to be the case. As HMD Global already proved, it does not have a clear cut pattern to release smartphones. Based on this, a new device passed by the Bluetooth SIG database and is believed to be a successor to the Nokia 2.4. Having HMD Global’s naming structure as a base, it easy to assume its marketing name will be Nokia 2.5. The device appeared on Bluetooth authority with the model number T99652AA1  which is similar to the Nokia 2.4’s T99651AA1  model number. 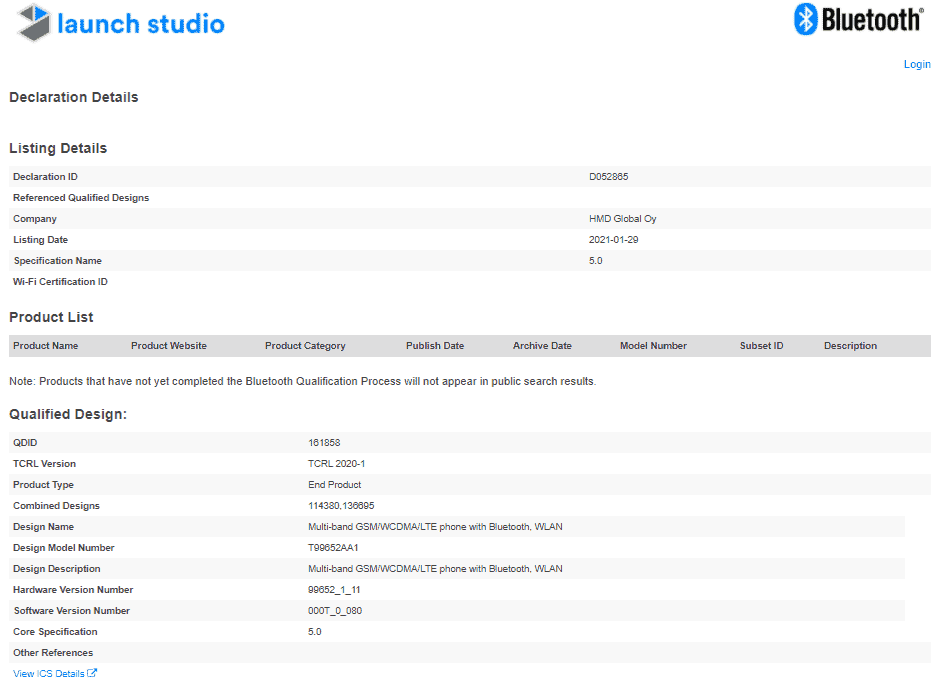 The Bluetooth certificate reveals that the Nokia 2.5 has support for Bluetooth 5.0 and support for LTE. Sadly, this handset does not come with a 5G chipset. Hence, it will probably come at an affordable price tag. We expect this handset to make its debut in the Indian market since HMD is bringing most of its budget devices to the country first.

For those unaware, the Nokia 2.4 packs a 6.5-inch display with HD+ resolution (1,600 x 720 pixels). Under the hood, the phone packs a MediaTek Helio P22 chipset. This isn’t the most powerful MediaTek chipset, it’s meant for basic usage. The device comes with either 2GB or 3GB of RAM and 32GB or 64GB of Internal Storage. You also get a triple-slot for dual SIM capabilities and a microSD card.

The device has a 13MP + 2MP dual camera combo on the back. A front selfie is a 5MP unit. The device also has a fingerprint scanner on the back and draws power from a 4,500mAh battery. It runs Android 10, but we expect Android 11 to come soon.

The new Nokia 2.5 may be an incremental upgrade with a better chipset and Android 11 straight out of the box.

Previous POCO M3 To Come With 6GB RAM In India