According to a recent Gartner report, the sales of smartphones in the global market will hit 1.5 billion units in 2021. This figure will represent an 11.4% year-on-year increase. Anshul Gupta, senior research director at Gartner, said that because consumers had to reduce their spending on smartphones in 2020, this will drive sales in 2021. Consumers’ delayed response to the replacement of smartphones and a large number of low-end 5G mobile phones will also promote this year’s mobile phone sales. Gartner believes that this year’s phone sales will be comparable to 2019. 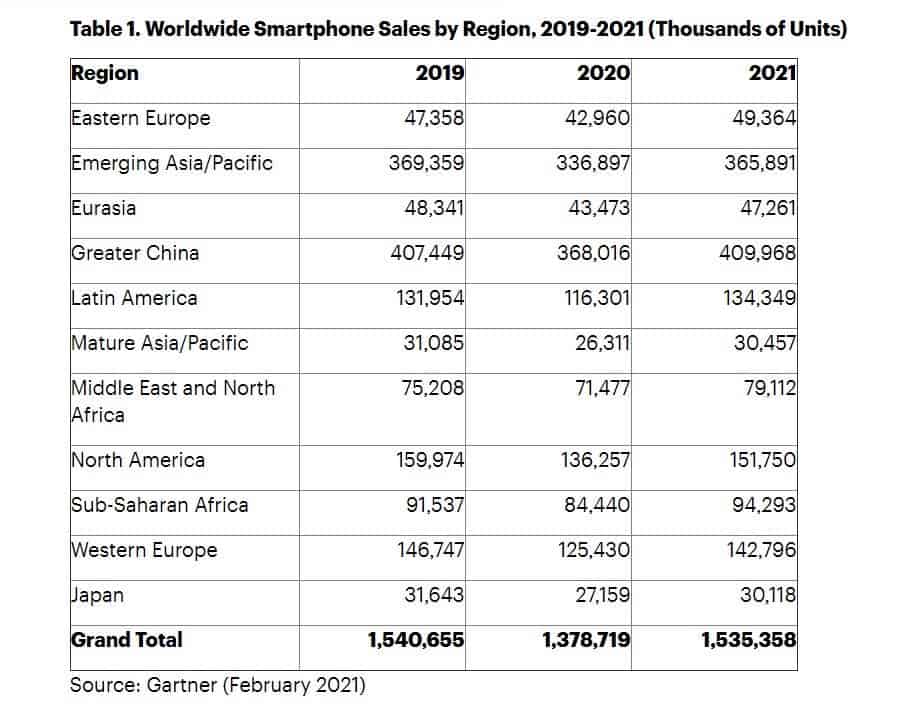 In terms of 5G mobile phones, statistics show that 213 million 5G mobile phones were sold globally in 2020. In 2019, only 16.7 million 5G smartphones hit the market. This is because as of 2019, there were not many 5G phones available for purchase.

According to Gartner research, Chinese 5G phones with a $200 or lower price tag will see a surge in sales this year. In 2021, the global sales of 5G mobile phones will increase by 35% to 559 million units; China’s 5G mobile phone market share is expected to reach 59.5%.

Next Motorola Ibiza surfaces on Geekbench with Snapdragon 480 SoC