In recent times, there have been multiple speculations regarding the Xiaomi Mi MIX series. It’s almost two years since we last saw a device in the MIX series. Before now, Xiaomi released two flagships annually, one in the digital series early in the year and another in the MIX series later in the year. However, since the release of the Xiaomi Mi MIX 3 5G in May 2019, the company has not released any other phone in this series. The Xiaomi Mi MIX Alpha that was announced in September 2019 never hit the market. Obviously, it is not a device for the public – it is scaringly expensive anyway. 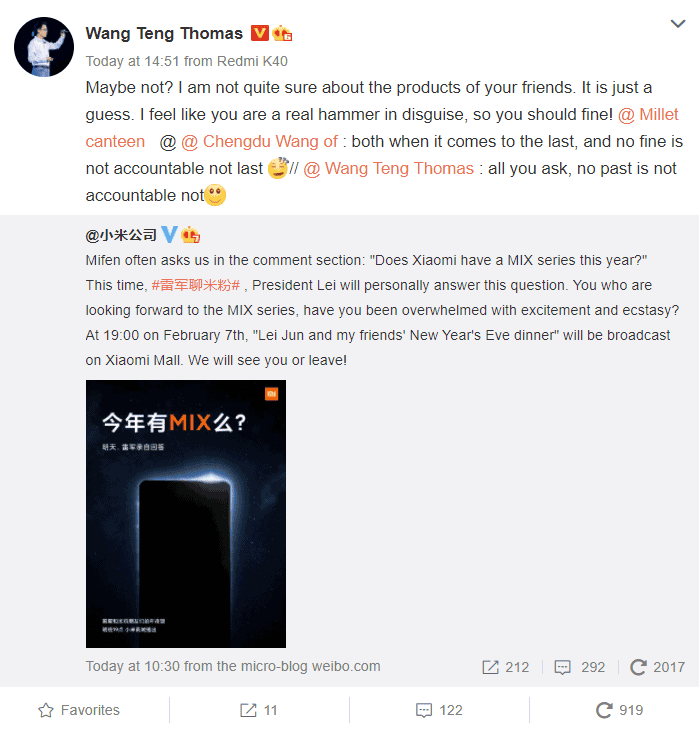 Xiaomi founder and CEO, Lei Jun will have a press conference tomorrow. At this conference, he will have information on the Xiaomi Mi MIX series. However, Xiaomi’s product director, Wang Teng, has given a clue of what to expect. In a reply to Xiaomi’s announcement of Lei Jun’s press conference, Wang Teng said…”Maybe not? I am not quite sure about the products of your friends. It is just a guess. I feel like you are a real hammer in disguise, so you should fine!…” 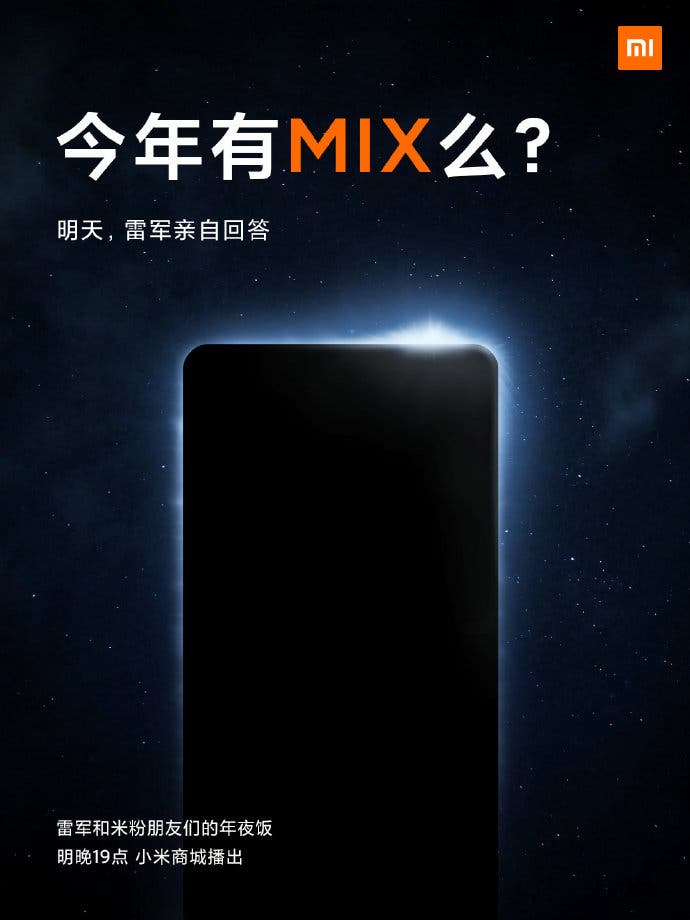 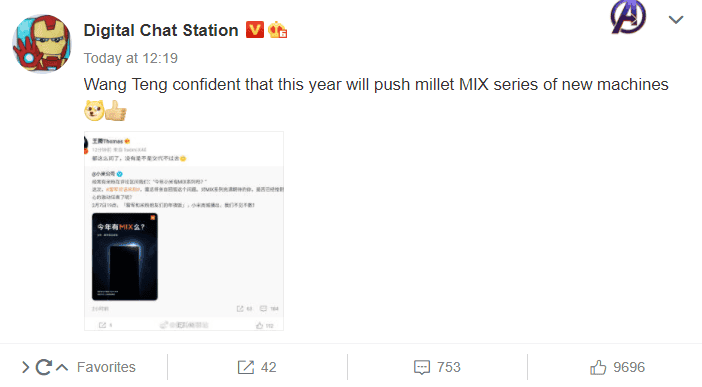 This suggests that we will be seeing new devices in the Xiaomi Mi MIX series soon. While there are huge expectations for the Xiaomi Mi MIX 4, there is no mention of this device. Thus, we may have t wait until tomorrow to get more direct information (hopefully).

Read Also:  Xiaomi POCO C50 is set to launch at the end of November
Source/VIA :
In Chinese, In Chinese

Next Xiaomi has opened 382 new stores today in China