Today, the leader of Redmi announced that 382 new Mi Home branded stores opened at once in one day. As of the end of 2019, the number of Xiaomi retail stores in China was 630. On December 6 last year, the company opened its 1000th store. And at the beginning of January, it sharply increased the number of brand stores to 2000. 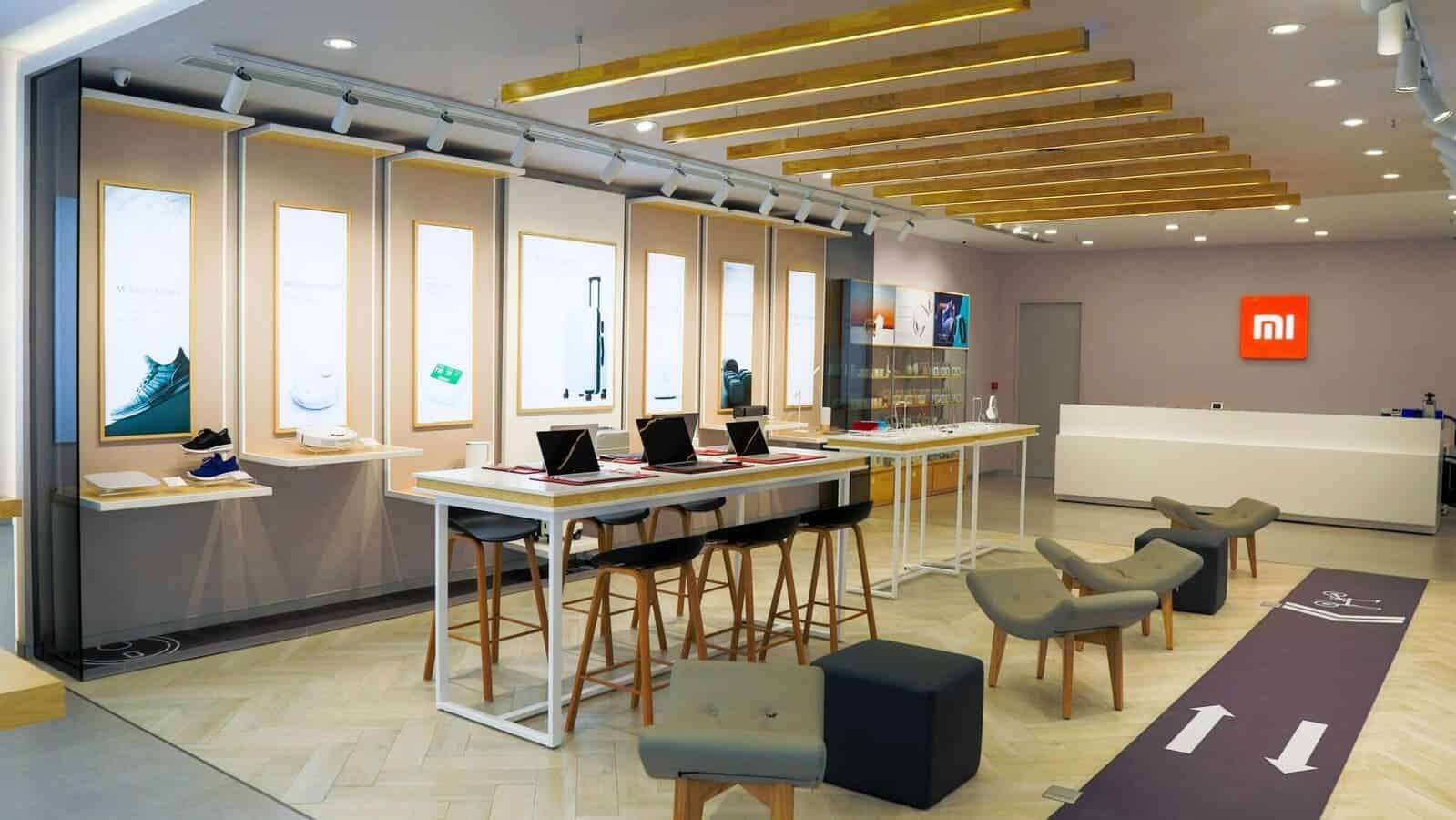 Stores are located in over 30 different regions of China and nearly 300 cities. Lu Weibing added that now even more users will be able to buy new devices and receive after-sales service close to their homes.

Yesterday Xiaomi presented a revolutionary smartphone with a waterfall screen that bends on all sides.

Xiaomi has officially announced its first quad-curved concept phone. It comes with a quad-sided 88° hyper-curved design. Thus, almost all the frames are replaced by the screen. We have to state the appearance is quite stunning. Xiaomi founder and CEO Lei Jun also said that the integrated non-porous design of the whole phone is a new direction for future smartphones. 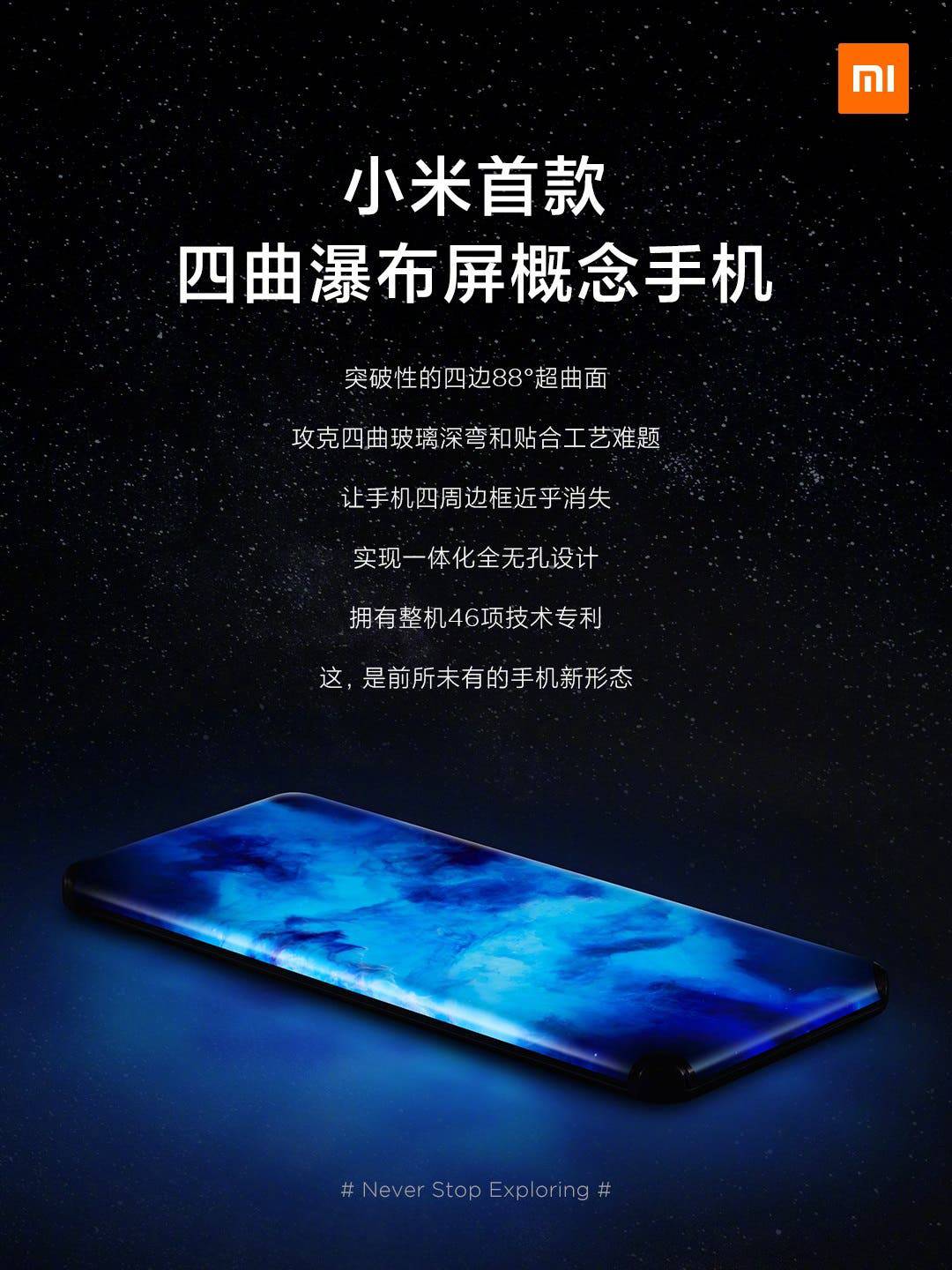 The full text of Lei Jun

Screen display is one of the core strategies of Xiaomi smartphones – from the full screen of the Mi MIX to the top 2K screen of the Xiaomi Mi 11. 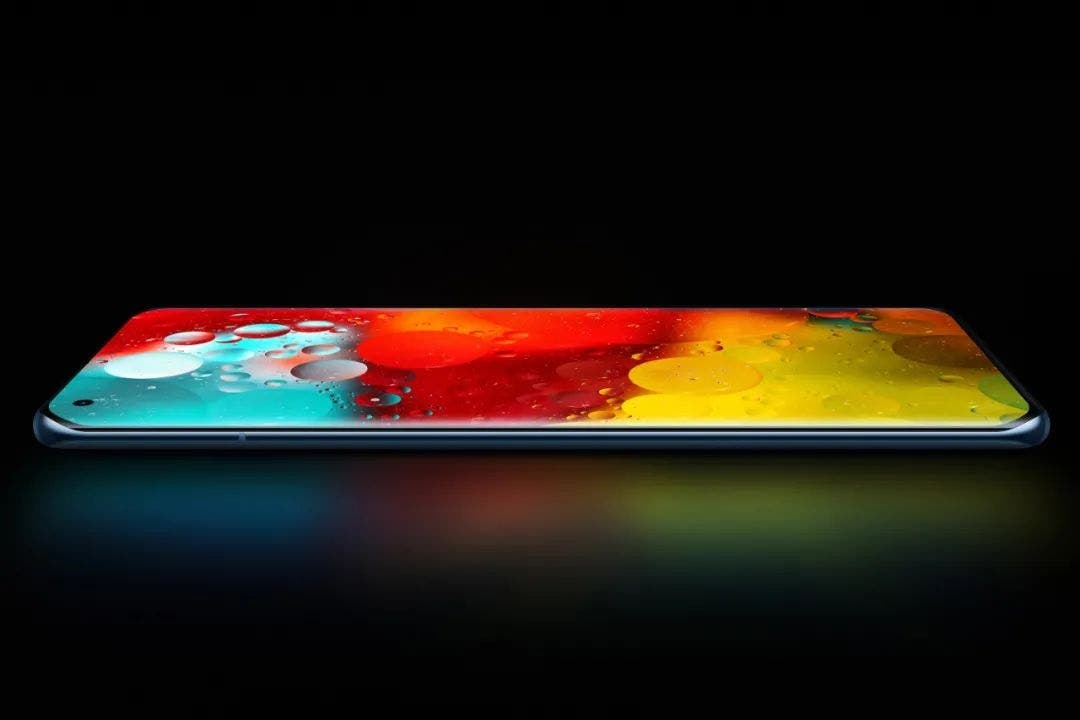 Today, the exploration continues. Xiaomi officially releases the first quad-curved concept phone. The 88° super curved screen design on all sides allows the picture to flow around like water, like a crystal drop on the table. Almost all the surrounding frames are replaced by screens, and the fuselage has no holes or buttons, which truly realizes a one-piece, non-porous future design.

For the industry’s first quad-curved waterfall screen, a bendable flexible screen is indispensable. But the real difficulty is the manufacturing of 88° four-curved glass and the 3D bonding process.

The 88° deep-curved glass breaks the technological limit of glass production. The difficulty of hot bending forming and polishing is exponentially higher than that of ordinary 3D glass. 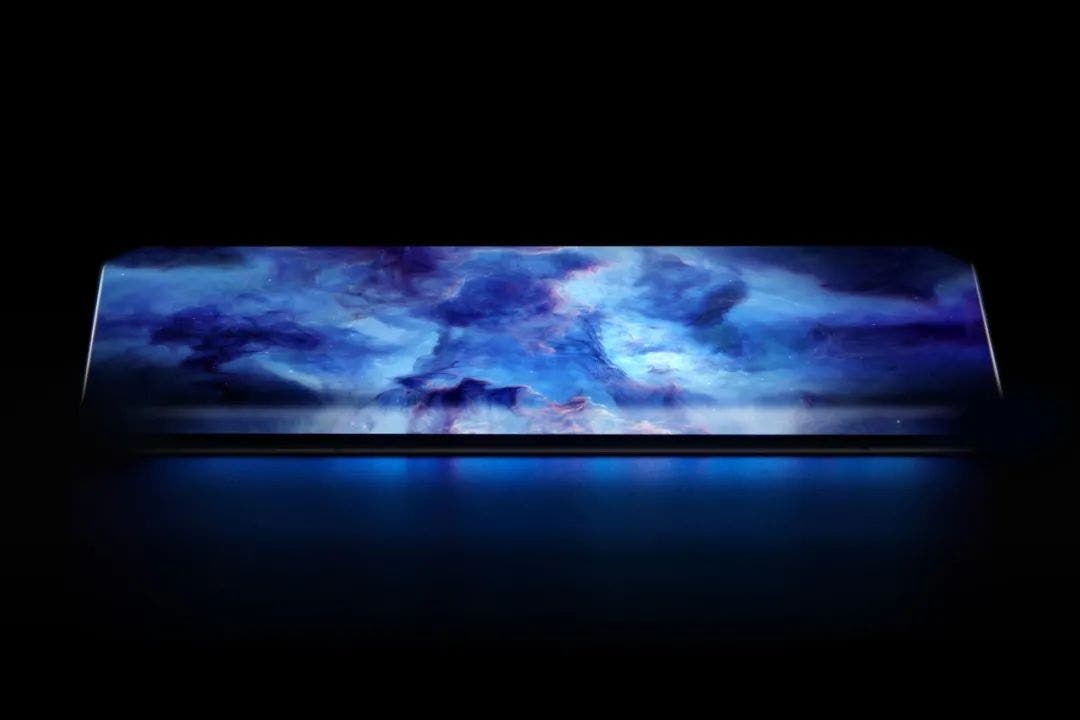 The self-developed glass processing equipment forms this kind of screen by hot bending under 800° high temperature and high pressure. We use four different polishing equipment and more than ten complex polishing processes to polish a piece of hyper-curved glass with 88° deep bending on four sides. And behind this piece of glass are thousands of attempts.

To attach such an 88° quad-curved glass to the flexible screen, it is necessary to overcome the bending stress caused by the extreme bending angle and the extremely small bending radius. As a result, it adopts an innovative screen stacking design, and under the breakthrough 3D bonding process, we achieve a flawless screen performance.

Integrated non-porous design of the whole machine, a new direction for future smartphones

The Xiaomi Siqu quad-curved concept phone has almost all the frame replaced by the screen. Through 46 independent research and development patented technologies, the physical buttons and all openings truly disappear. 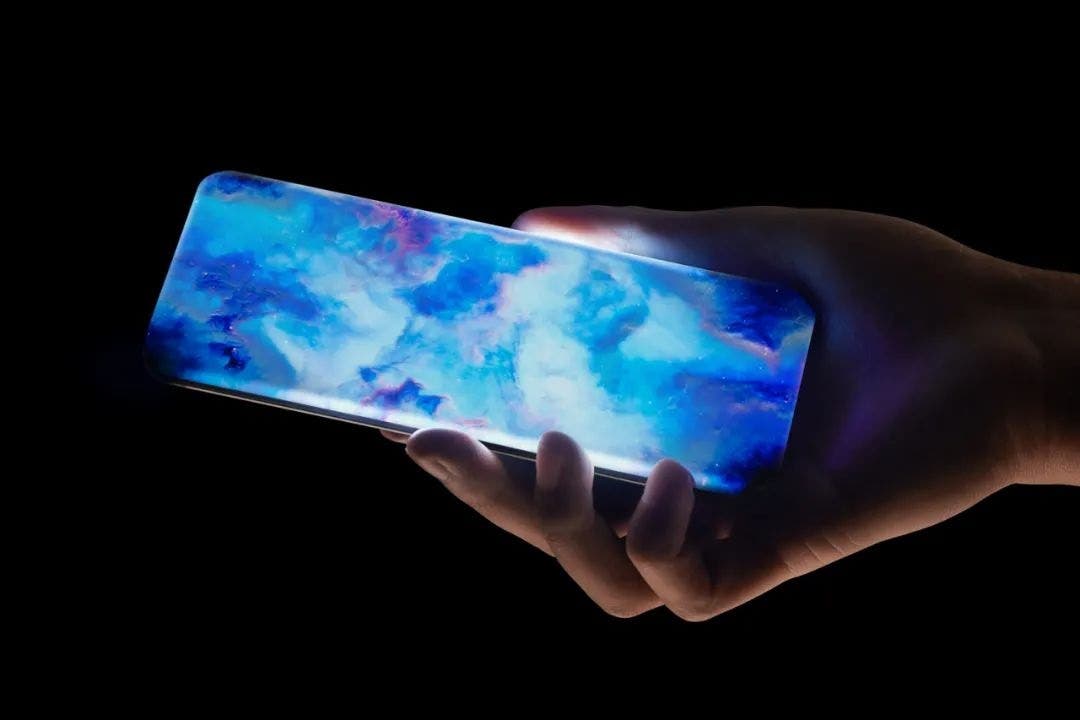 However, you understand that this is not only the matter of the screen and design. The phone with such a form factor should use many innovative technologies. Xiaomi has achieved external sound through ultra-thin piezoelectric ceramics. It uses the industry’s first flexible film screen sound technology to replace the earpiece. In addition to high-power wireless charging, this phone also comes with pressure-sensitive buttons, third-generation screen lens and other innovative technologies.

Display technology is one of the important strategic directions of Xiaomi smartphones. As early as October 2016, the Xiaomi Mi MIX started a new era for full-screen smartphones. It came with a screen-to-body ratio of 91.3%.

In September 2019, the Xiaomi Mi MIX Alpha went one step further. The body is surrounded by a whole screen. When the screen is lit, it is like a vast universe with no end or border. 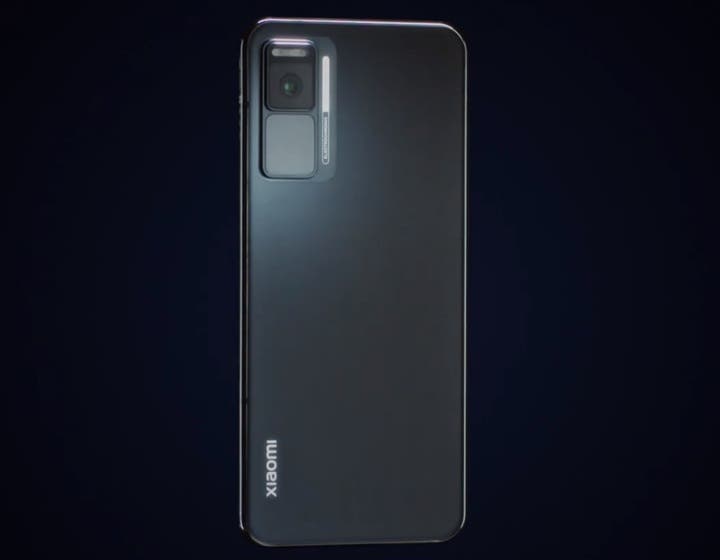 In 2016, the company established the Xiaomi Science and Technology Park. Among various laboratories, the Mi Display Optical Laboratory has reached the international advanced level. It can not only test the single-point, multi-point, and multi-angle brightness and chromaticity of the screen, but also simulate the illuminance range from 0-80000lux and the environment under the color temperature range of 2700-10000K. It can almost cover the smartphone screen test conditions under all simulated ambient light in sunny days, rainy days, noon, evening, and night. So it can better perform optical parameter measurement and main tourism performance evaluation.

In December 2020, the Xiaomi Mi 11 will bring the current top smartphone screen to the larger masses. It not only has a 2K + ultra-high resolution display and a 120Hz ultra-high refresh rate, but also has an accurate color reproduction comparable to professional displays. DisplayMate, the world’s top screen evaluation agency, gave an A+ rating and it won 13 best display records.