The last Xiaomi smartphone of the flagship Mi MIX line was released on October 25, 2018, and since then there have been very, very many rumors about a new model, a potential Xiaomi Mi MIX 4, but the company remained silent about the future of the line and did not even give a hint of a continuation. And now Xiaomi is finally ready to talk about the future of Mi MIX.

Details about the Xiaomi Mi MIX 4 will be revealed tomorrow

Official details on this matter will be tomorrow, according to the head of the company Lei Jun. A dinner will be held in China tomorrow, where Xiaomi executives will meet with fans (also called Mi Fans) and discuss many things. Of course, the fate of the Mi MIX flagships is one of them. Xiaomi even released a teaser about this. On it – the outlines of a certain smartphone are visible. Is this picture a hint that the fate of the Mi MIX 4 is out of danger? Well, tomorrow we will receive an answer to this question. 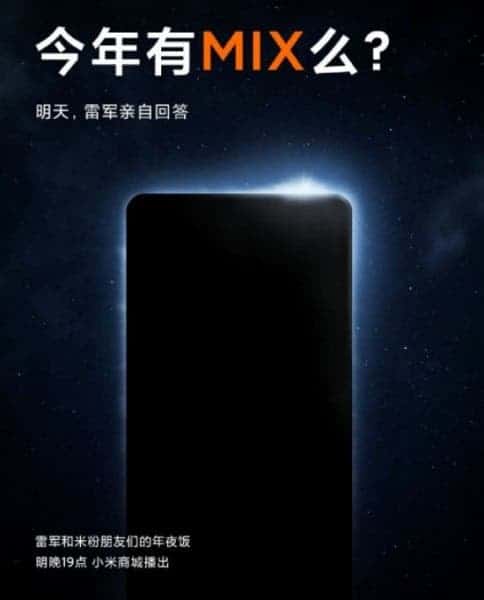 Previous Telegram became the most popular app in the world