Back in October 2020, Samsung expanded its mobile smartphone portfolio by adding a Galaxy F series. For those who’re unaware, the F series is a camera-centric lineup with F41 as its first smartphone. It looks like the South Korean giant is now looking to add a second device dubbed Galaxy F62 to the lineup. This is not the first time we’re hearing about this moniker.

For the last couple of weeks, the Galaxy F62 is getting some intense heat as it is getting closer to its official unveiling. We now have the official launch timeline for the smartphone coming straight from Samsung. Not only this, but the official teaser also confirms the design of the smartphone. Here’s everything you need to know about it.

Samsung has now shared an official teaser on its social media platform. To top things off, the brand has also made the dedicated page live on its official website. The teaser confirms the launch timeline for the smartphone. The Galaxy F62 will see its official unveiling on February 15 at 12 noon in India. 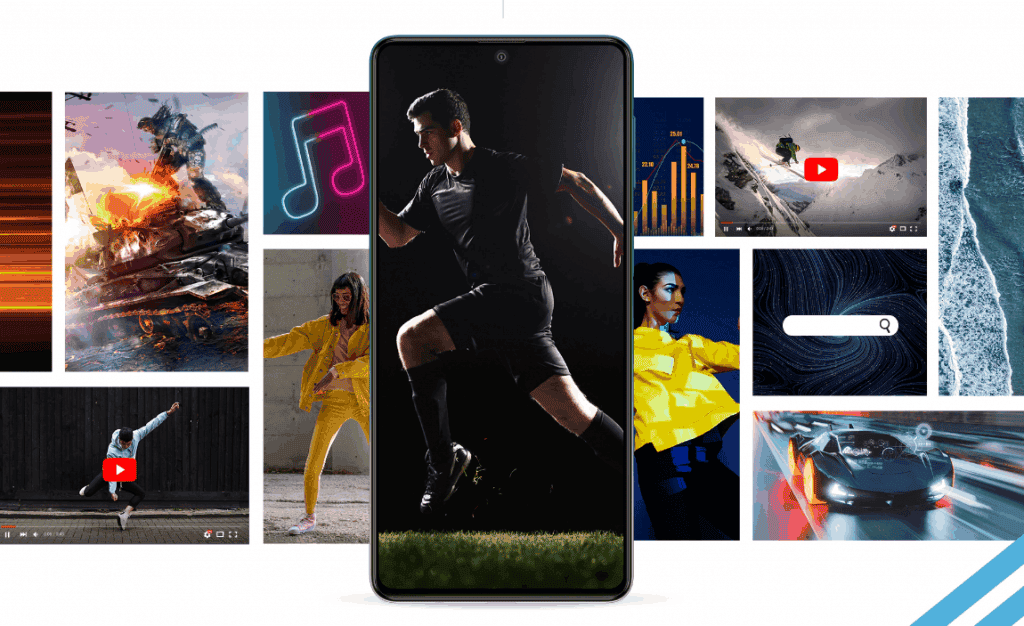 As you can tell, it is going to be a Flipkart exclusive smartphone just like the previous Galaxy F41. According to the teaser, the device will make use of the company’s 7nm Exynos 9825 chipset. For those who’re unaware, the Galaxy Note 10 lineup features the same chipset under the hood as well. It looks like this is the key highlight of the smartphone as Samsung is teasing the #FullOnSpeedy hashtag.

Coming to the design, the smartphone is seen packing a quad-camera module on the back accompanied by an LED flash. We might see the company following a gradient color scheme on the back. The Galaxy F62 will feature a big display with a punch-hole cutout in the middle. The teaser suggests a pretty thin bezel on the side along with a relatively thinner chin.

What else we can expect from this new smartphone?

While at this stage with the official launch a few days away, we generally have some solid information about the product. Sadly, that’s not the case with Galaxy F62. The only information we have apart from the chipset is the SM-E625F model number. The smartphone will run on the Android 11 operating system with One UI 3.1 on top.