Today, Samsung officially announced a new smartphone in India. If you are not aware, the Samsung Galaxy F41 was uncovered for this market. Apart from the key features, we also learned about its price and Flipkart sale date. By the way, Indians can buy this smartphone exclusively from Flipkart. This is the first phone in Samsung’s new Galaxy F series that will be exclusively sold on this platform.

The price of the Samsung Galaxy F41 in India with 6GB RAM and 64GB internal storage is 16,999 rupees (approximately $232), while the price of the 6GB+128GB variant is 17,999 rupees (approximately $245). The first sale will be made on October 16 during the promotion period. As said, this phone will be exclusively sold on Flipkart and it will be available in three colors: black, blue and green. 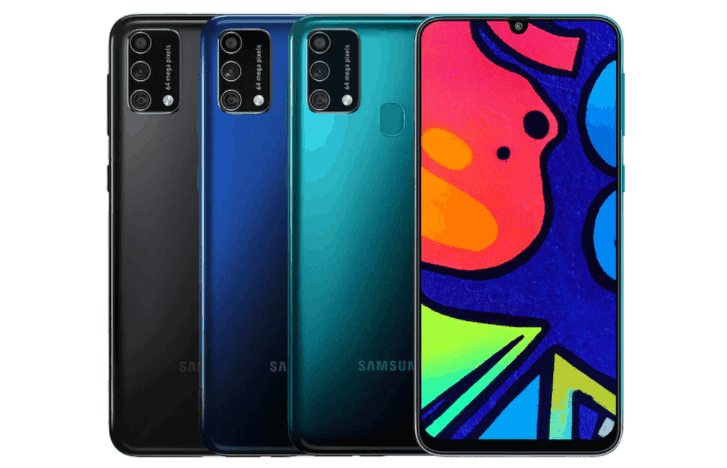 As for the biggest highlights, the Samsung Galaxy F41 uses a 6.4-inch FHD+ Super AMOLED Infinity-U display. Thus, in terms of screen and viewing experience, the F41 has no reason to worry about. Moreover, the display parameters make it boast of the viewing performance. Under the hood, out protagonist carries an Exynos 9611 SoC.

Exynos 9611 And Phones Powered By This SoC

As for the chip, it is a mid-range processor that comes to compete with the Snapdragon 712. In this sense, it’s quite interesting to see what key parameters it comes with and what phones the Samsung Galaxy F41 will compete with. As the company says, ‘The Exynos 9611 brings realistic visuals with less lags to gamers with enhanced graphics processing performance. The processor features an Arm® Mali®-G72 MP3 GPU with faster clock speed than its predecessor. The GPU, built on the 2nd generation of Bifrost architecture, supports the advanced APIs and diverse processing techniques such as MSAA (Multi-Sample Anti-Aliasing) for greater details, and ASTC (Adaptive Scalable Texture Compression) and AFBC (Arm Frame Buffer Compression) for efficient graphics rendering by reducing memory bandwidth usage.’

And when it comes to the competing products, our protagonists will fight against VIVO V19, VIVO Z5x, Realme XT, Xiaomi Mi 9SE and many more.

Other Features Of Samsung Galaxy F41

There is also a 6GB RAM and a built-in storage space of up to 128GB, which can be further expanded through a microSD card. The phone runs OneUI 2.5 based on Android 10. It comes with a large 6000mAh battery and supports 15W charging.

As for photography, the Samsung Galaxy F41 has three cameras on the back: a 64-megapixel main sensor, an 8-megapixel ultra-wide-angle lens, and a 5-megapixel real-time focus sensor. There is a 32-megapixel front camera for selfies. The machine has a rear fingerprint sensor. The connection functions include 4G LTE, dual-band Wi-Fi, Bluetooth 5.0, GPS, and a USB Type-C interface for charging and data synchronization.