At the same time as the announcement of its bestseller Xiaomi Mi 11, Xiaomi also introduced the new proprietary MIUI 12.5 user interface for the international market.

Up to this point, MIUI 12.5 has been tested in China. Xiaomi plans to start releasing the stable firmware for Chinese users in April. 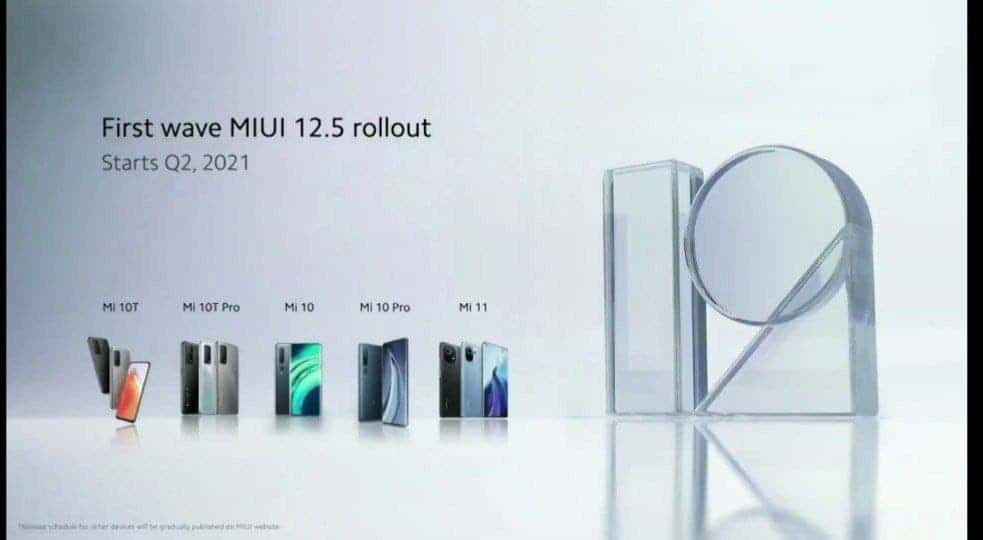 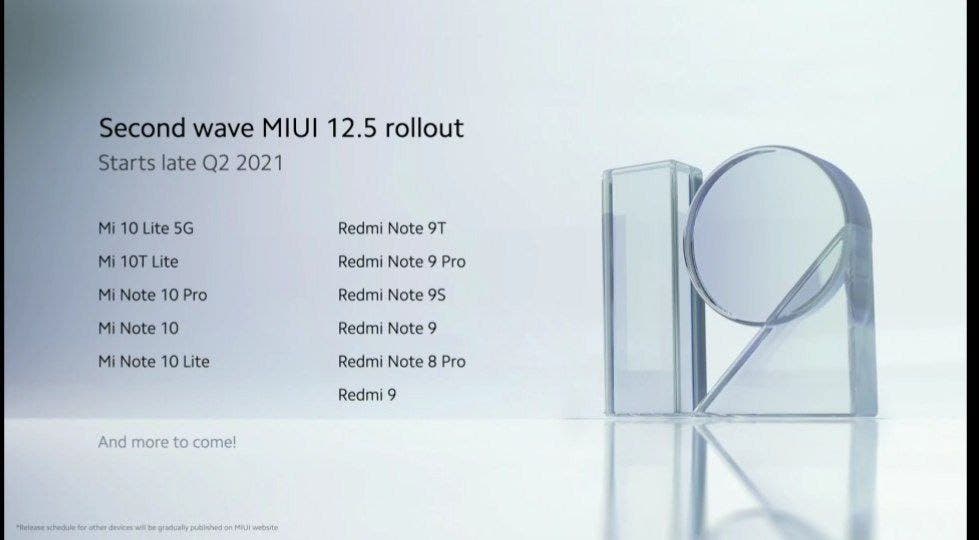 Among the main advantages of MIUI 12.5 for international users, the manufacturer notes high optimization (CPU usage decreased in the interface by 22%, and power consumption by 15%), as well as smooth operation of control gestures. 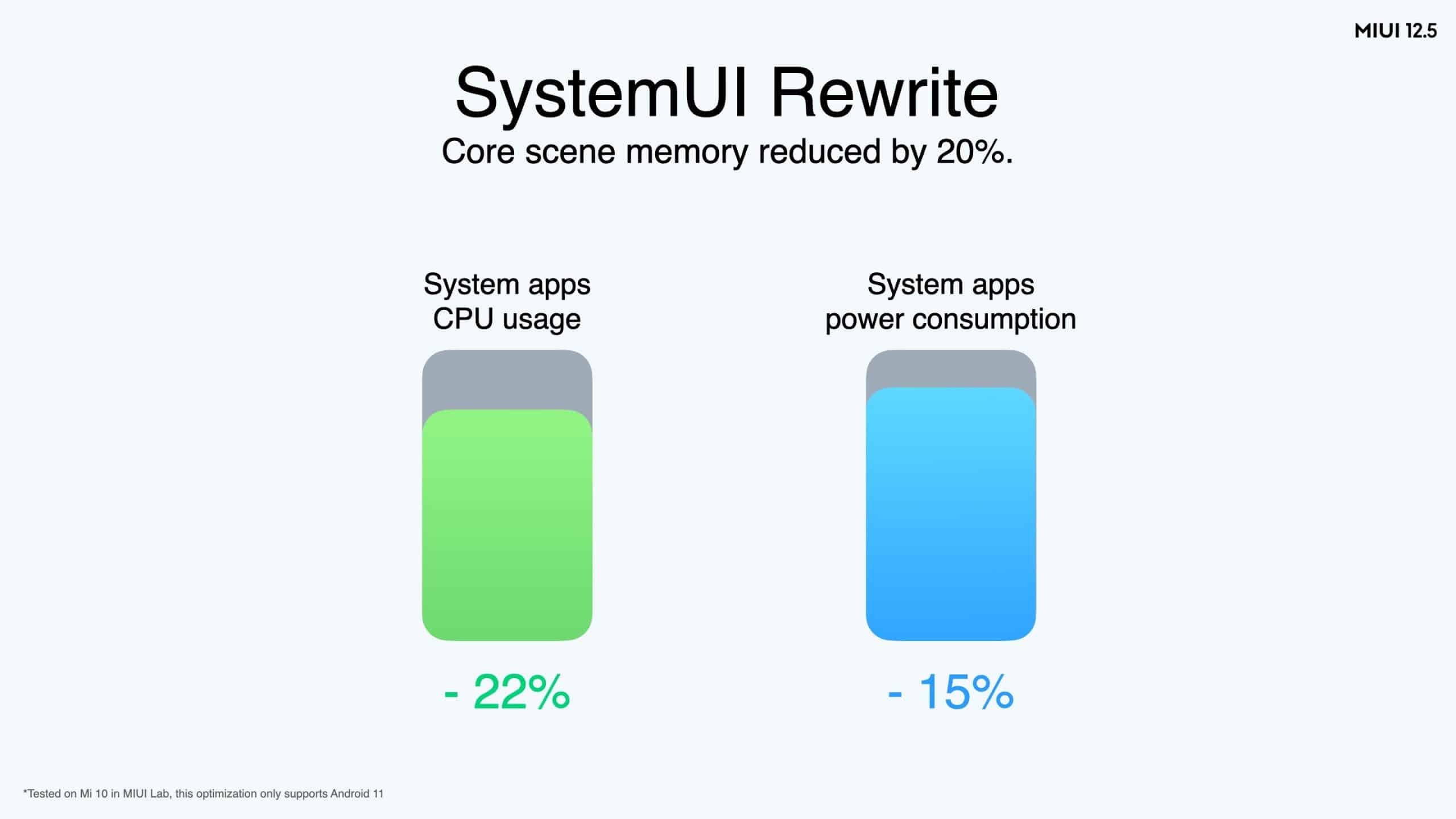 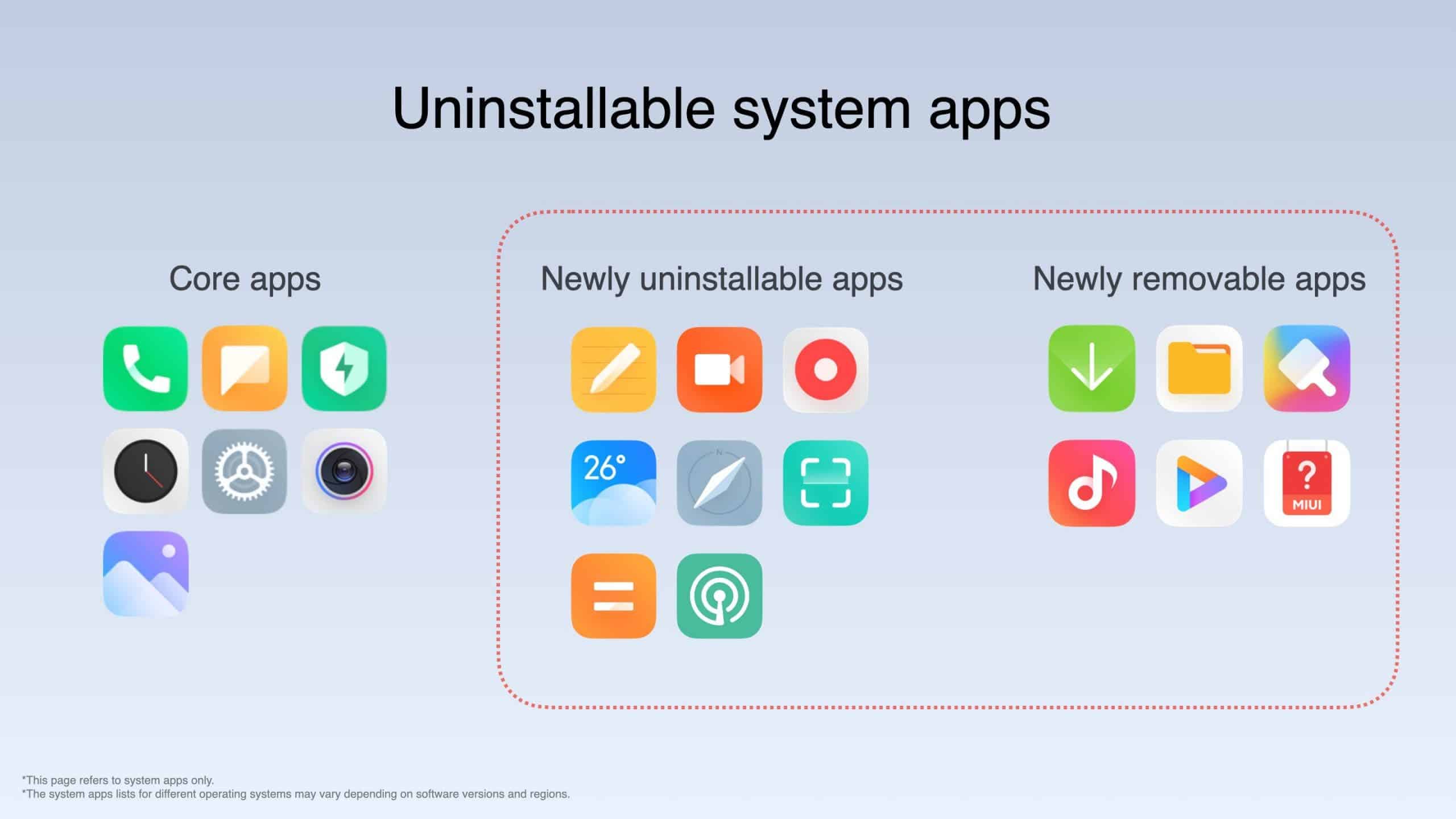 For greater clarity, the number of non-removable applications in MIUI 12.5 is compared with Samsung’s proprietary Android UI and Apple’s operating system. 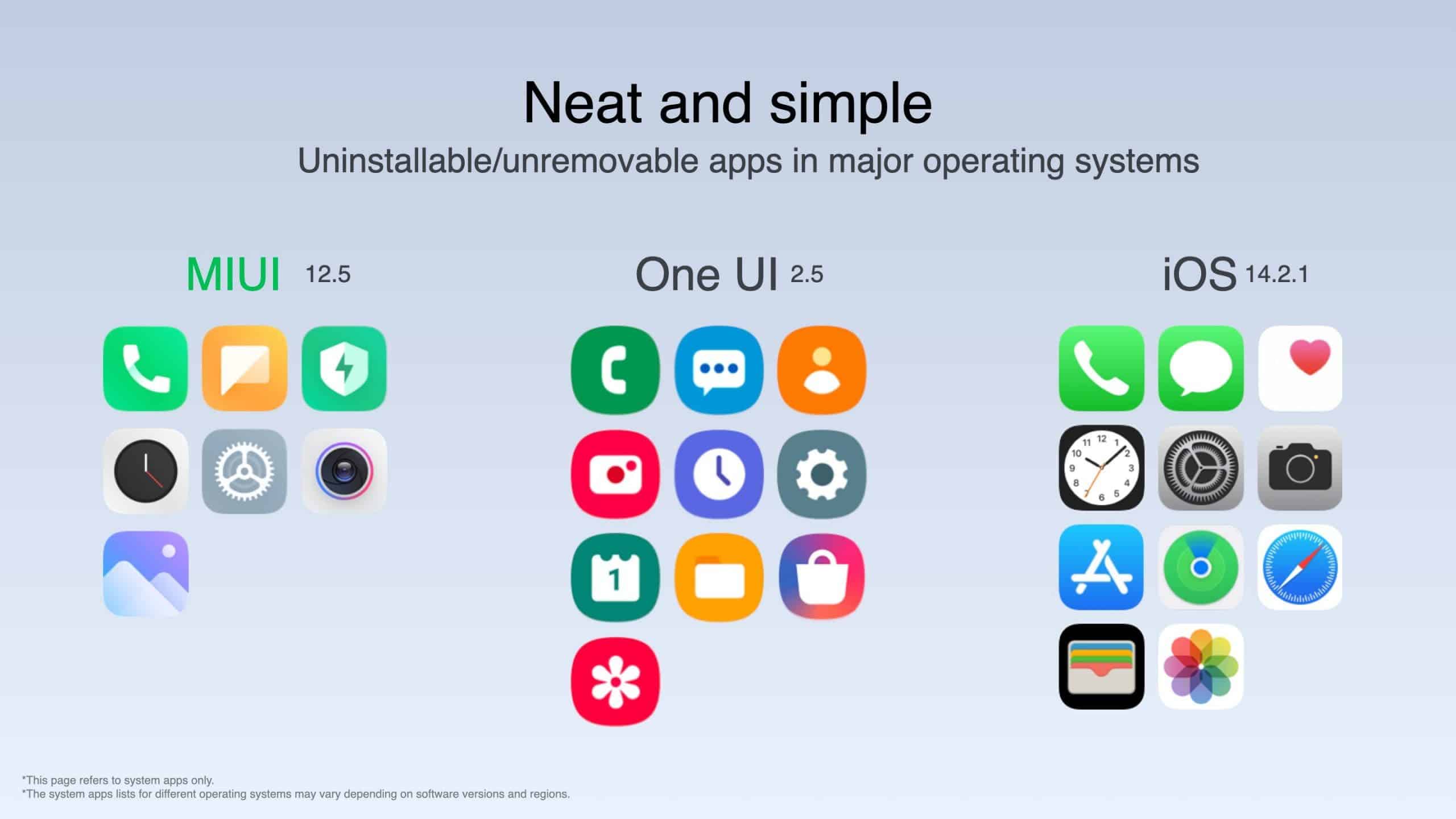