He posted a photo with a smartphone in his hand, as well as several retail boxes that were approved by fans through a vote.

The smartphone is equipped with a rectangular camera, which houses three image sensors and an LED flash. There is a small Narzo logo on the back. 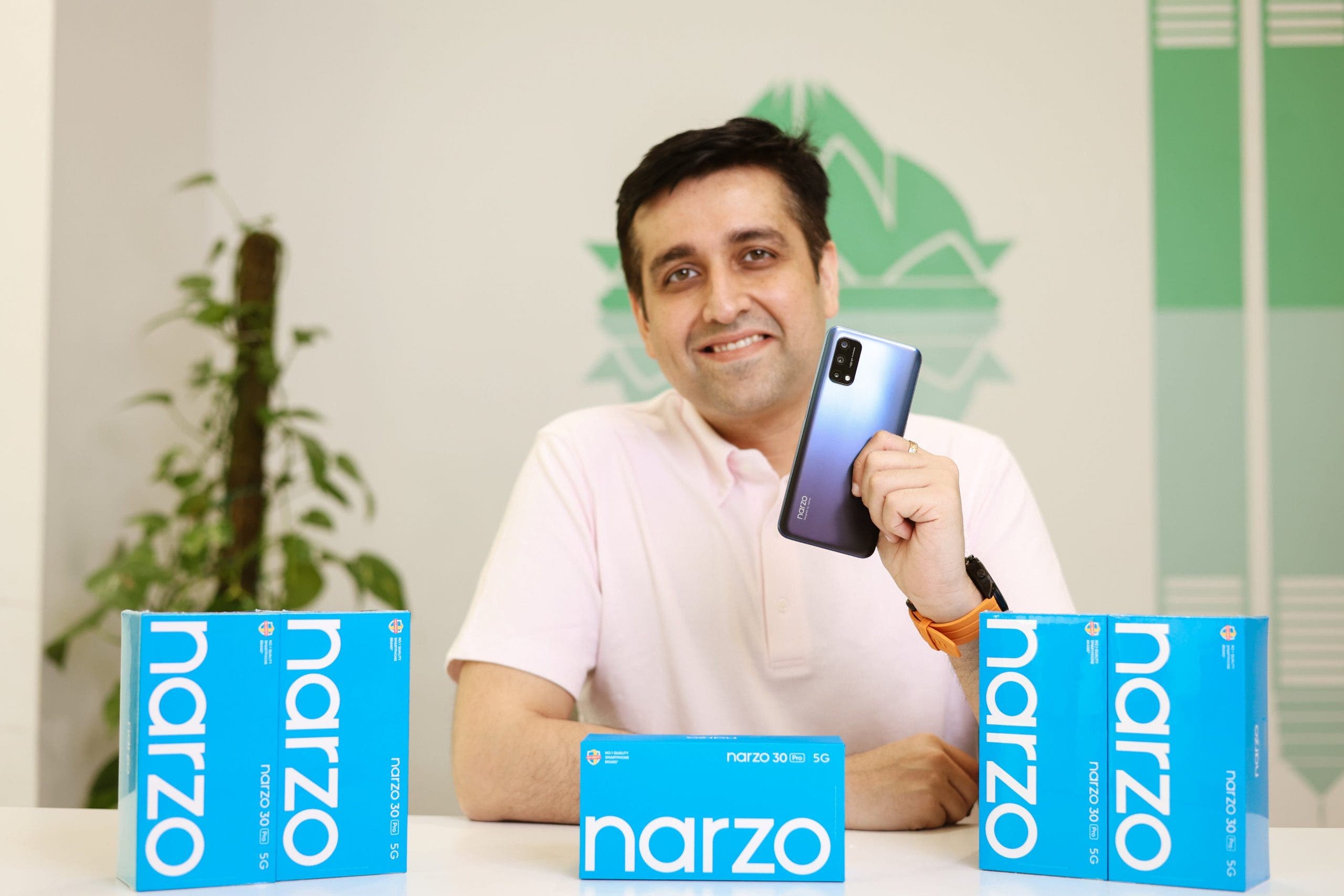 The manufacturer has confirmed that the Narzo 30 Pro 5G has a side-mounted fingerprint scanner. Madhav Sheth said the company will allow selected members of the community to try out yet-to-be-released products prior to launch to share their experiences.

According to available information, the Narzo 30 Pro 5G will be an updated version of the Realme Q2 announced in China last year. The smartphone has a 6.5-inch IPS LCD display with a resolution of 1080 x 2400 pixels, a Dimensity 800U system, 4/6 GB of LPPDR4x RAM and 128 GB of UFS 2.1 flash memory.

The main camera is equipped with image sensors with a resolution of 48, 8 and 2 megapixels, out of the box the smartphone runs Android 10.

Narzo 30 Pro is expected to be released at the end of the month.

Realme Narzo 30 Pro will pack a Dimensity 800U SoC 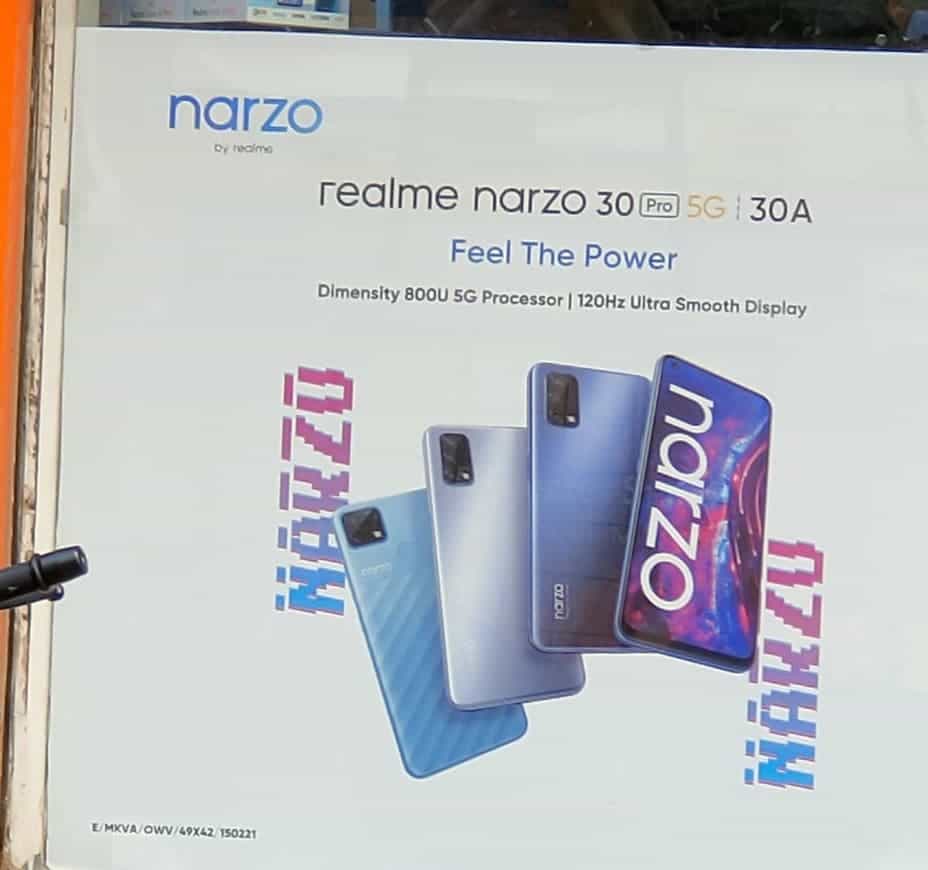 With the Realme Narzo 30 series, the Chinese brand is improving the importance of this lineup. After all, besides a set of gaming accessories with Narzo branding, the Realme Narzo 30 Pro will also be the first 5G phone in the series. According to the new leak, the phone will be equipped with a MediaTek Dimensity 800U SoC. This SoC features two big Cortex-A76 cores clocked at up to 2.4GHz paired with six power-efficient Cortex-A55 cores clocked at up to 2GHz. This SoC comes with a capable Mali-G57 MC3 GPU that will be pushing the graphics to the phone’s 120Hz display.

Besides the Realme Narzo 30 Pro, the company will also introduce a Realme Narzo 30A. Unfortunately, the specifications for this device remain a mystery. We can spot a squarish camera bump with an LED flash in the bottom right corner. This is a common design language for recent Realme phones. The back panel has an interesting texturized pattern and it also is home to the fingerprint scanner.

As we have mentioned before, a leaked shot from Ishan Agarwal, revealed that Realme is also preparing a bunch of gaming accessories with Narzo branding. The list of products includes a Keyboard, Mouse and a kind of Air Controller. We expect these accessories to appear alongside the new smartphones. Since the vanilla Realme Narzo 30 is absent in the poster; we assume that it will not arrive in the end.