Realme crossed another year as the world’s fastest smartphone brand. However, in 2020 the brand proved that it has much more to offer than just amazing smartphones. Last year, gave important steps to establish its “lifestyle brand” philosophy. Realme introduced a bunch of smart devices under the wearable segment and also entered the market of electronics with the iconic Realme smart TVs. As far as the wearable segment is concerned, the brand introduced many products under the smartwatch and TWS audio categories. Now, it is set to introduce a sequel for its Buds Air series dubbed Realme Buds Air 2.

On February 24, the brand will unveil its Realme Buds Air 2 in India alongside the Realme Narzo 30 series. To build the hype for the upcoming product, the brand started to publish a series of teasers. According to the latest bit, the new buds will be tuned by electronic DJs the Chainsmokers and promise the best in class Active Noise Cancellation (ANC). This is a highly-requested feature and so far is only present in some premium TWS products. We are curious to see how much the Realme Buds Air 2 will cost now that it has ANC. 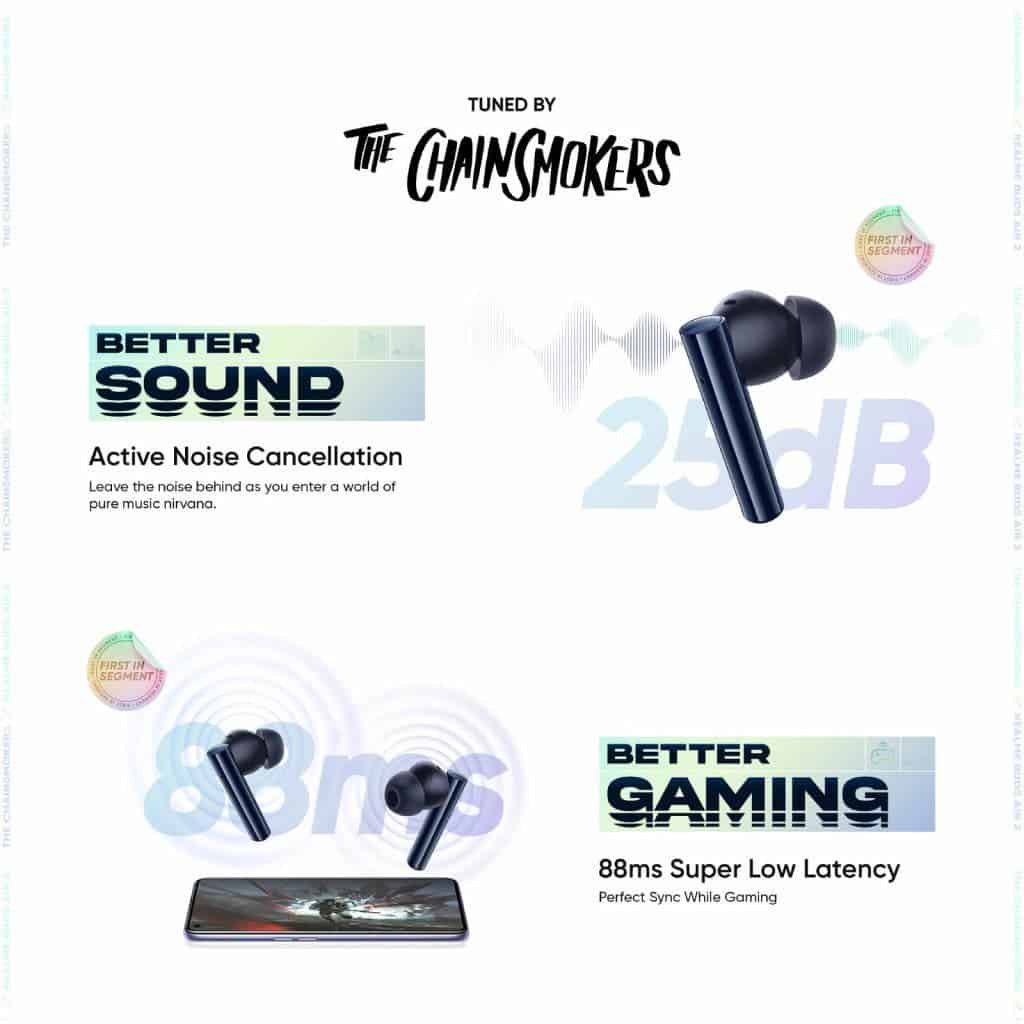 The Realme Buds Air 2 also promises a better battery life. According to the teaser, it should last 22.5 hours with ANC enabled. This is more than the Pro which lasts up to 20 hours with ANC. If you disabled ANC, you’ll get up to 25 hours of playback. It will take a little longer to charge, 2 hours for a full charge. However, with a 10-minute quick charge, you can ensure at least 2 hours of playtime. 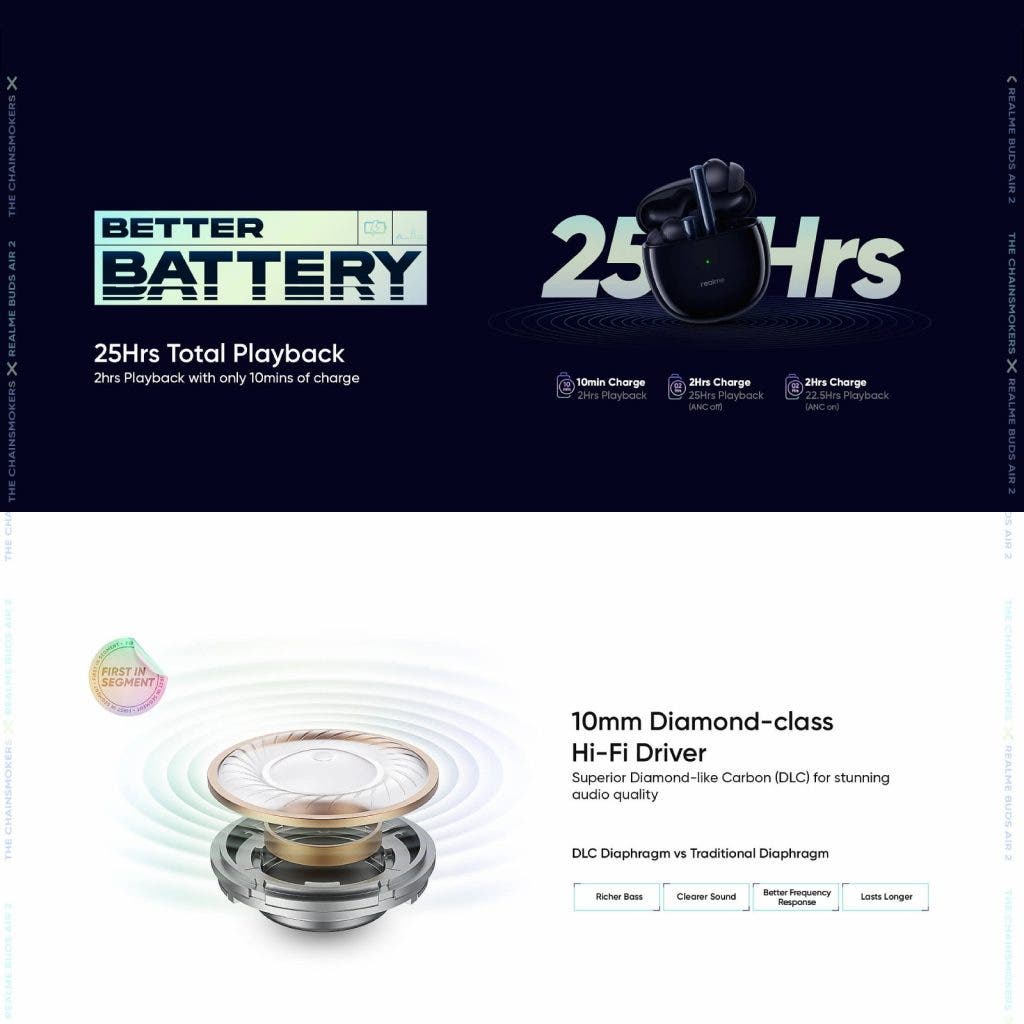 The hearables will come with 10 mm drivers with a diamond-like carbon coating on the diaphragm. Compared to traditional diaphragms, Realme states that DLC improves frequency response for a cleaner sound. It also offers deeper bass.

The Realme Buds Air 2 will be revealed in all its glory in Wednesday next week at 12:30 pm.

Next Apple's Foldable iPhone is Still Under Internal Review