Redmi Note 10 with the model number M2101K7A will be equipped with Snapdragon 678 SoC, IPS screen and 48MP quad-camera. It will be available in 4/64 and 6/128 GB versions in the following colors: Pebble White, Lake Green, Aqua Green, Frost White and Shadow Black. 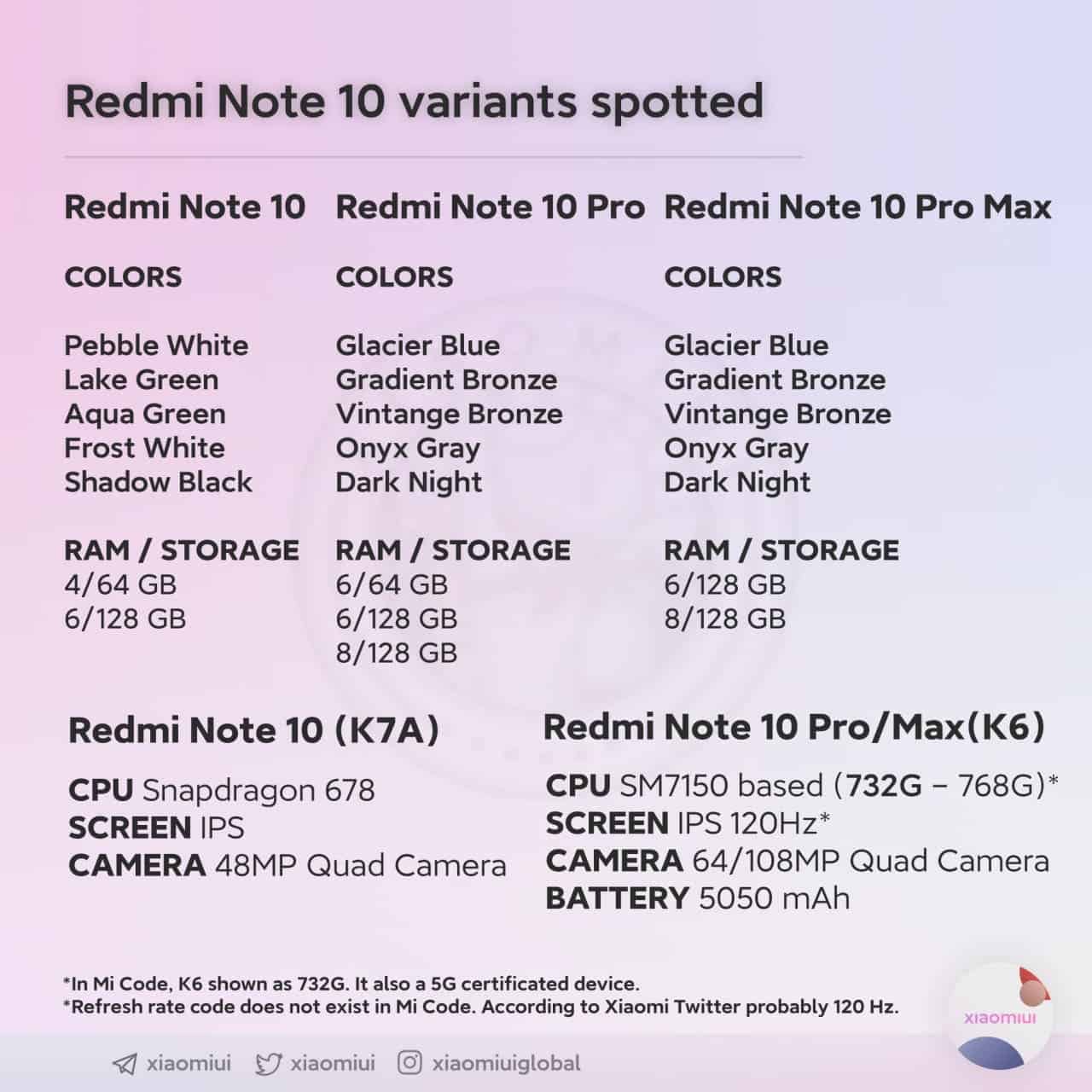