Xiaomi has summed up its TVs shipments in 2020 in the home market and announced that it will retain its leadership in the segment. In 2019, it was also the first to ship TV in China.

Xiaomi’s success last year has been fueled by the release of several iconic models: the 98-inch Redmi Smart TV Max, the 65-inch Mi TV Master with OLED display, and the 82-inch Mi TV Master Extreme Commemorative Edition. Also last year MIUI for TV 3.0 came out with a considerable number of innovations and a transparent TV debuted.

Thanks to the success in the home market, as well as the growth in the global supply of Xiaomi TVs, the company has become one of the Top 5 global TV manufacturers. And this year it can strengthen its position in an important market for itself. 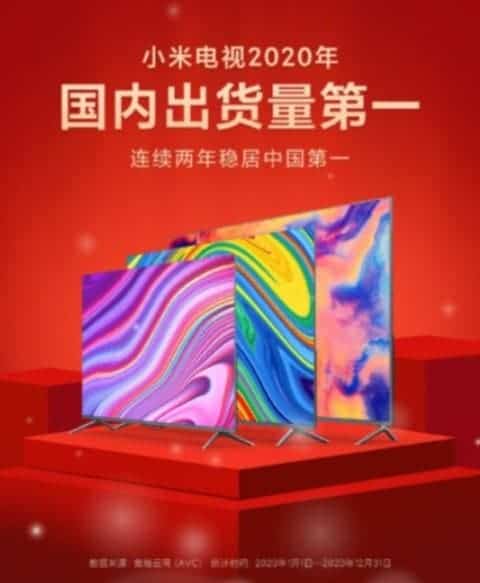