According to several reports, Apple is finally working on its first foldable smartphone. The segment has been under Samsung’s belt for quite some time, but now the Cupertino-based firm is getting ready to join it. Meanwhile, the company is also working and revamping its lineup of standard iPhones and iPad devices. According to rumors, Apple may ditch the iPad mini with a folding iPhone. It will probably come with a native stylus.

Since the last week, we’ve been hearing rumors about Apple’s foldable iPhone. The device is rumored to come with a stylus. However, it’s unclear if it’s the current Apple Pencil or something totally new. The device will pack a 7.3 to a 7.6-inch display, furthermore, it will have a very tall aspect ratio. Could it be 21:9 like most Xperia devices are currently using?

According to the report, the new iPhone Foldable will reach the market in September 2022. It will reportedly feature a clamshell form-factor like the Galaxy Z Flip series and the Moto RAZR. However, another report from EqualOcean is less optimistic and states that the device’s release was pushed back to 2023. There are several brands set to make the entrance in the folding smartphone market in the next few years. But we believe that Samsung will keep its domain even in 2023 unless an innovative concept surfaces. The Korean firm will mature its technologies further in the coming years, so it will be hard for other competitors to keep pace.

The rumors lose all sense when we take the price of the iPad Mini in consideration. The slate hits a pricing point that probably is miles away from what Apple will be targeting with its folding iPhone. The most plausible option would be replacing the iPad Mini with a larger iPhone. Nowadays, many companies manage to make large screen devices that have small factors. The race for bezel-less screens allowed the company to fit bigger displays on small bodies. Apple still is some miles behind the competition when we talk about bezel-less displays. However, this can change this year as rumors suggest the brand will ditch the wide notch and fit an underneath fingerprint scanner on the iPhone 13 series. 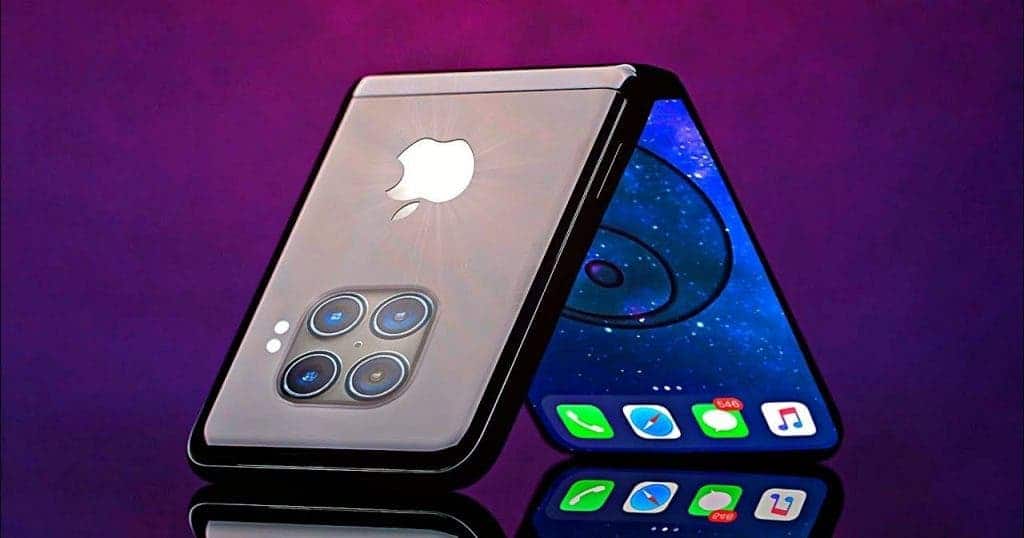 Coming back, we probably are several months away from a folding iPhone’s release. Most of the companies playing in this segment are having major issues to overcome the challenges imposed by the build. Apple usually takes its time to mature and deliver a stable product. The brand certainly is certainly watching and learning before making its big entrance in the segment.

Next So Is LG Electronics Selling Its Smartphone Business?