LG officially announced the LG Rollable smartphone with a scroll screen at CES2021 and announced that it will be mass-produced.

Recently, we learned that LG will have to suspend the research and development of the LG Rollable screen smartphone project because of the sale of its smartphone business. Also, LG has notified its partner BOE to stop developing screen panels.

But LG has come forward to deny this rumor. 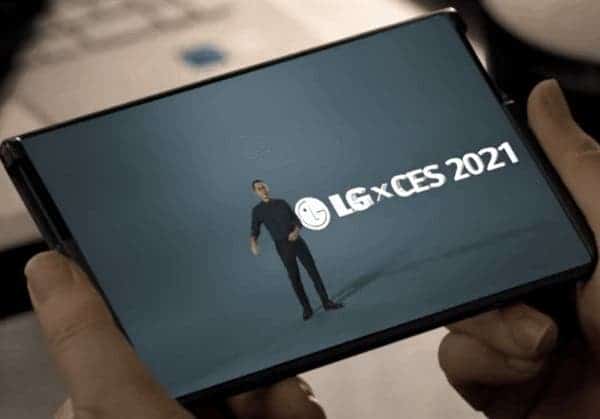 According to The Verge report, LG Electronics insiders revealed to them that the research and development of the LG Rollable smartphone project has not stopped, and they are still continuing to promote the mass production of the machine.

An LG spokesperson said: ‘I can firmly deny any decision regarding future mobile products.’

This is also an official response to the suspension of development of the former scroll screen smartphone.

We should note that LG has also firmly denied the rumors that it will sell the smartphone business. However, they admit that it is indeed considering exiting the smartphone market internally, but has not yet made a final decision.

The news of LG’s withdrawal from the smartphone market also made many people sigh. You must know that LG, as a result of many proud achievements in the 2G era and 4G era, broke into the global smartphone manufacturer in 2008 with its ‘Chocolate’ series, reaching the top four.

Subsequently, it ranked among the world’s top three smartphone manufacturers in 2009, second only to Nokia and Samsung, which were also thriving at the time. But with the rise of Chinese smartphones, LG will inevitably follow the same path as HTC.

LG’s mobile business has suffered losses for 23 consecutive quarters since the second quarter of 2015. As of the fourth quarter of last year, the department’s accumulated losses reached 5 trillion won (approximately $4.5 billion).

LG’s Smartphone Business Won’t Be Sold … At The Moment

On Monday, people familiar with the matter said that LG Electronics had tried to sell its smartphone factory to Vingroup. But the negotiation ultimately failed. The main reason for the failure of the negotiation was the price.

Due to increasing deficits in recent years, LG Electronics intends to sell its smartphone business. So it can focus on other business areas such as electric vehicle parts.

LG Electronics will sell its smartphone factories in Brazil and Vietnam. These factories have increased the company’s expenditure in recent years in the case of sluggish smartphone sales.

In addition, among companies that expressed interest in acquiring LG’s smartphone business, Vingroup made the most attractive offer.

However, the above-mentioned person familiar with the matter said that because the price given by Vingroup is lower than expected, LG Electronics will no longer negotiate with Vingroup and will look for new buyers.

Next Meizu 18 series will go offician on March 3