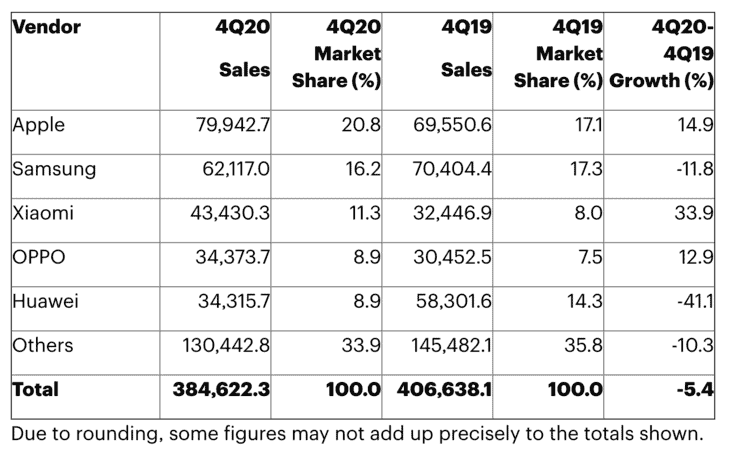 ‘The sales of more 5G smartphones and lower-to-mid-tier smartphones minimized the market decline in the fourth quarter of 2020,’ said Anshul Gupta, senior research director at Gartner. ‘Even as consumers remained cautious in their spending and held off on some discretionary purchases, 5G smartphones and pro-camera features encouraged some end users to purchase new smartphones or upgrade their current smartphones in the quarter.’ 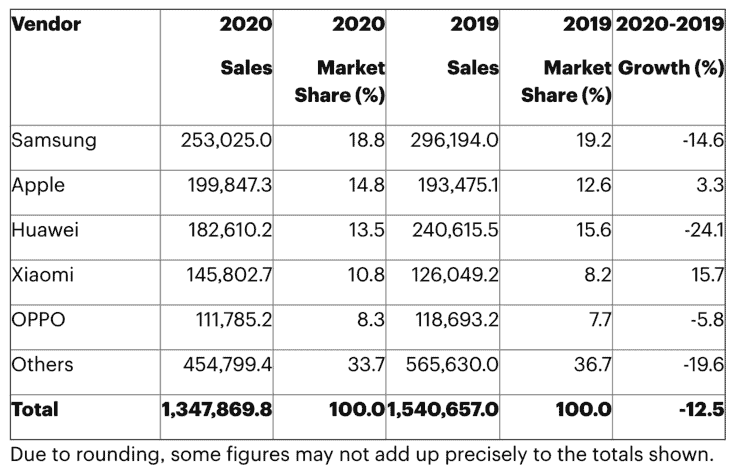 Smartphone Sales Of Other Manufacturers

Throughout 2020, Samsung’s smartphone sales fell by 14.6% compared to 2019. But this does not prevent its championship. It is undeniable that Samsung is facing fierce competition from smartphone suppliers such as Xiaomi, OPPO and VIVO.

Gupta said: ‘In 2021, the availability of lower end 5G smartphones and innovative features will be deciding factors for end-users to upgrade their existing smartphones. The rising demand for affordable 5G smartphones outside China will boost smartphone sales in 2021.’