Realme crossed another year as the world’s fastest smartphone brand. The brand which started as an Oppo sub-brand now is one of the key players in the world of smartphones. While some companies suffered a great impact caused by the COVID-19 pandemic, Realme managed to overcome the challenges with a set of new competitive products. However, smartphones still compose the company’s core business. Today, the brand previewed a new special edition of its Realme GT 5G at Mobile World Congress in Shanghai, China. The brand also detailed its new “dual-platform dual-flagship” strategy.

Under the hood, the handset will pack Qualcomm’s flagship platform Snapdragon 888 SoC, and will feature stainless steel VC cooling system for improved heat dissipation and sustained performance. Besides the new flagship smartphone, Realme also announced its “Dual-Platform Dual-Flagship Strategy”, as part of which the company will launch flagships under two different series. It’s a little soon to state that, but we suppose that one of them will be the rumored Realme X70.

The “Dual-Flagship” strategy is pretty much easy to understand, but what is the point of a “dual-platform” strategy? It means that one of the company’s flagship series will be equipped with Qualcomm’s Snapdragon 8xx series and will focus on the performance aspect. The other flagship series will have MediaTek’s Dimensity series 5G SoC under the hood and will focus on camera technology. We also expect the MediaTek counterpart, to be cheaper than Qualcomm’s alternative. 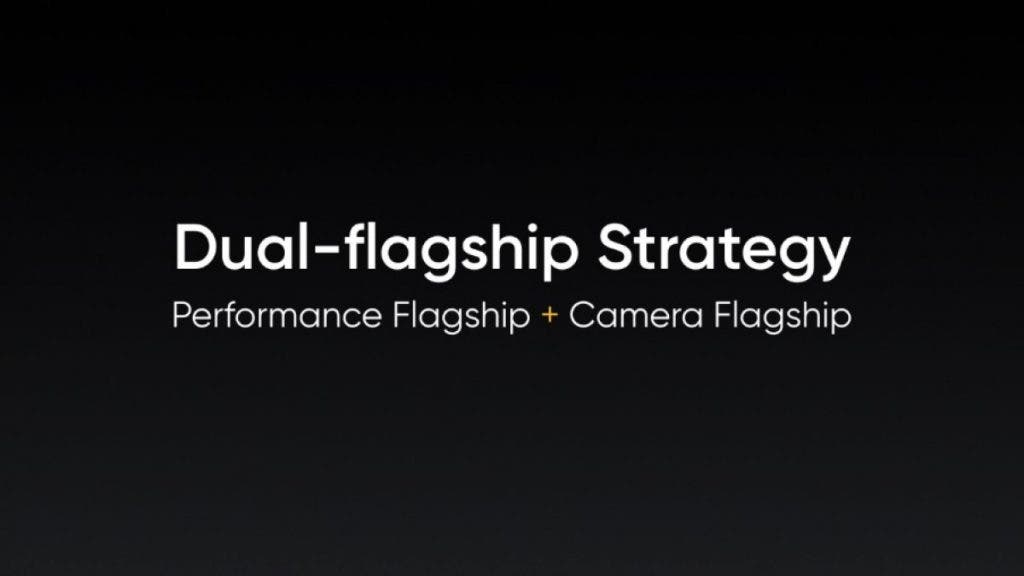 Realme will have two flagship series – One focused in Performance and another one in Camera.

Qualcomm’s 2020 contender for the flagship market is the Snapdragon 888, however, the brand also announced a Snapdragon 870 SoC. This latter performance offers a flagship-level performance and is better than last year’s Snapdragon 865/865+. It will be present on cost-effective flagships and comes to counter the MediaTek Dimensity series. The Taiwanese chipmaker recently unveiled the Dimensity 1100 and 1200 featuring cutting-edge Cortex-A78 cores and are made on a 6nm process. We assume that a future flagship from Realme will use either the Dimensity 1100 or 1200 chipsets. Both are powerful chipsets, but we are curious to see what will make this flagship stand as a camera flagship.

Back in the last year, Realme unveiled the Realme X3 SuperZoom featuring the Snapdragon 855+ SoC. The 2019 chipset allowed the brand to make the device cheaper. We believe that the new chipset can be a spiritual successor for this phone. We expect more details to be revealed in the next months after Realme GT 5G release.

Next Redmi K40 running the Snapdragon 870 has appeared on Geekbench