Recently, there were reports that Huawei is now investing in “everything” including Pig farming. According to some reports, the U.S. ban is reducing the Chinese manufacturer to levels it never expected. However, is this the true situation of things? Today, the President of Huawei’s machine vision, Duan Aiguo, responded to these reports. According to him, Huawei is not investing in pig farming. The Chinese technology company is also not raising pigs. However, it is assisting farmers with appropriate AI technologies for raising a good pig.

A few weeks ago, Duan Aiguo announced Huawei Smart Pig Raising Solution. According to the solution, most of the processes in raising the animal are digital. However, there were misinterpretations about the announcement. The public even associated the matter with NetEase pig farming. There were reports that Huawei like NetEase will venture into pig farming.

In today’s interview, Duan Aiguo said that Huawei does not raise pigs, but instead empowers companies to raise pigs. He believes that the application of AI in pig companies is still very backward relative to other industries. “There are also large pig-breeding enterprises that have taken the initiative to find us, hoping to work together to empower the pig industry with technology”.

After the ban on Huawei by the U.S., Huawei no longer has access to Google Mobile Services. This means that Huawei can no longer use the popular gmail.com. However, Huawei has been doing a lot to close the gap. The company has since launched the Huawei Mobile Services which seeks to offer what Google Mobile Services does. It also has alternatives for many of Google’s services like the Google Map (Petal Map) and so on. Now, there are reports that the company is taking a step further, it now has an alternative for Gmail, Petal Mail. Presently, the company is testing @petalmail.com (Huawei Petal Mail). 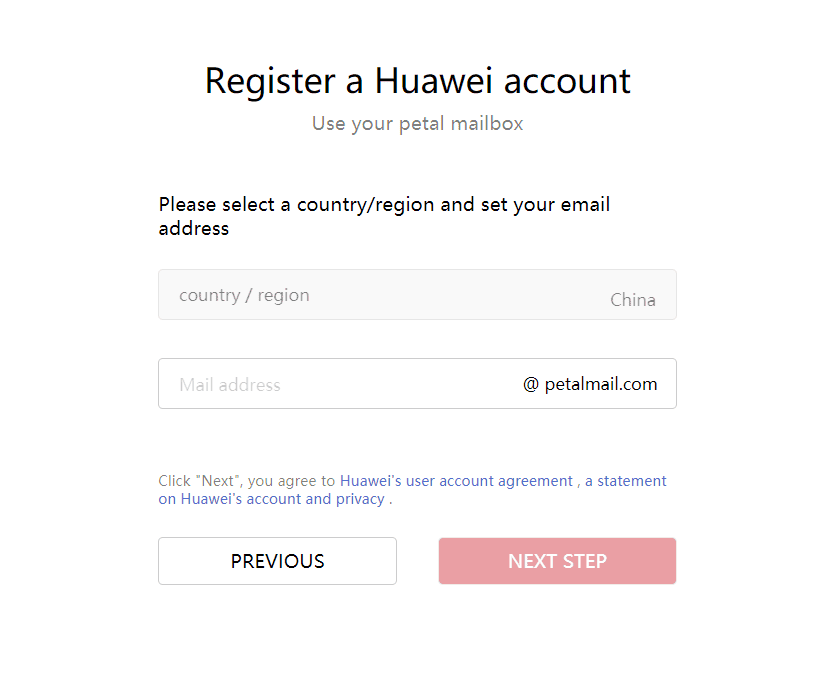 For the petal mailbox test link: click here. As shown in the figure above, the address of the Petal Mail is @petalmail.com. After the account registration and mobile phone number verification, you can enter the web page of Petal Mail. We can see that its function is very simple and there is no redundant design.

HuaweiPetal also has a virtual currency launched by Huawei’s consumer business. Currently, 100 petals are 1 yuan ($0.15). In addition, HMS has launched alternative Google apps such as petal search and petal map services. The company has previously applied for a number of “petal” trademarks, such as petal payment, petal shop, etc.

Previous Will Apple ever launch OLED iPads and MacBooks?

Next Top 10 SmartPhones for Productivity