A fresh report is coming today from Bloomberg. According to it, Samsung is adding a new interesting company to the list of those settings its OLED display panels – Nintendo. Apparently, the Korean firm will supply a 7-inch panel to Nintendo for a new upgraded variant of the Nintendo Switch.

According to the report, Samsung Display Co. will begin mass-producing OLED panels for an upcoming Nintendo Switch refresh variant. It will pack a larger display of the OLED kind. For those unaware, the current Switch has a small 6.2-inch display with 720p resolution, the Switch Lite has a smaller 5.5-inch panel. According to anonymous sources, Samsung will begin mass production of these panels in June with an initial target of around one million units per month. Shipments of these displays will reportedly arrive as early as July to assemblers.

The resolution of the OLED Nintendo SWitch will still be 720p

The resolution of the Nintendo Switch with OLED display will remain the same at 720p resolution. Apparently, Nintendo wants to keep the HD display to not hurt the experience of docked and undocked modes between the multiple variants (Except the Lite that is only portable). Moreover, an FHD display would increase the energy consumption, generate more heat, while running games in handheld mode at full resolution. Players will still be able to get FHD resolution when playing the console in the docked mode on an external TV. 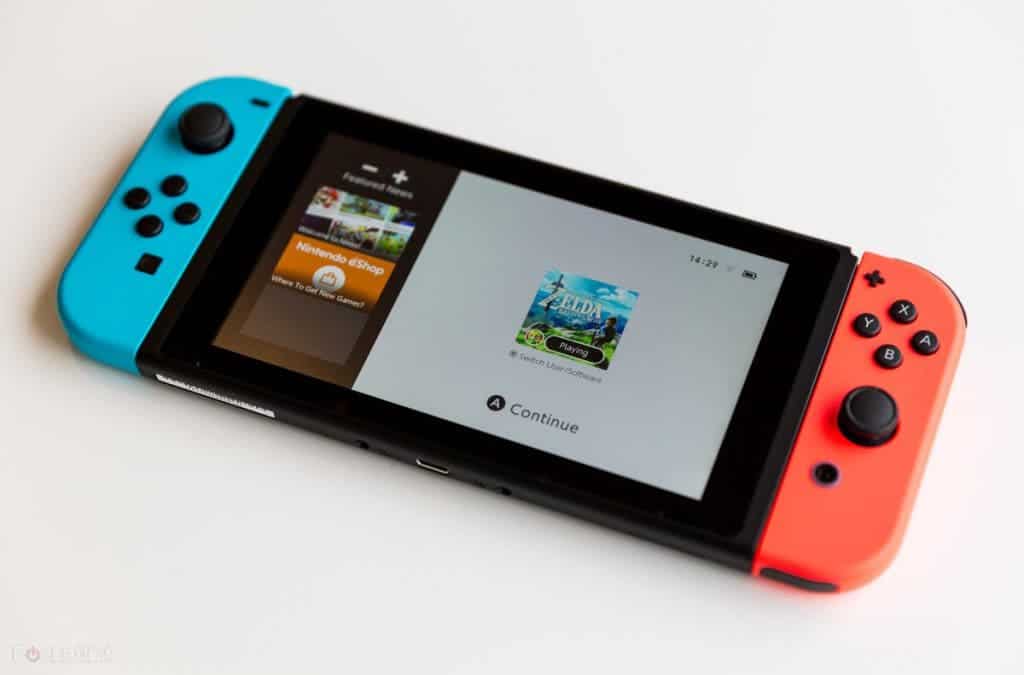 The OLED panel will be a rigid unit. This stands as a cheaper alternative to the flexible panels that are usually built into higher-end smartphones. The source also says that the Switch will dock in a 4K mode. However, this does not seems feasible at this point. Nintendo’s current hardware for the hybrid console is only capable of providing 1080p. For 4K we would need the long-rumored Switch Pro variant, but there is no signal that it will ever come.

Nintendo is running to sustain a Switch lineup that continues to sell well against the Xbox and PlayStation. While these two companies already have next-gen contenders, Nintendo will probably keep the successful hybrid console for some more years. During the pandemic-era, some hits helped the console to be even more successful such as Animal Crossing. The company is also taking advantage of the semiconductor chip crunch that is holding the stocks of its competitors.

The Nintendo Switch is now into its fifth year. It still is miles behind the PS5 and Xbox Series in terms of performance. However, the console still keeps selling like hotcakes.

Previous Xiaomi's upcoming smartphone may use a flip-up design