A recent patent exposed by Letsgodigital shows that Xiaomi is working on a new smartphone camera design. The patent shows that this device does not use a front camera. However, it has an horizontal triple rear camera setup that works as the front camera. It can work as the front camera because it uses a flip-up design. At the end of 2019, Xiaomi applied for a patent for “camera module, terminal equipment, and image capture technology” from the USPTO (United States Patent and Trademark Office). This patent was published on February 18 this year, after which it was included in the WIPO (World Intellectual Property Organization) database. 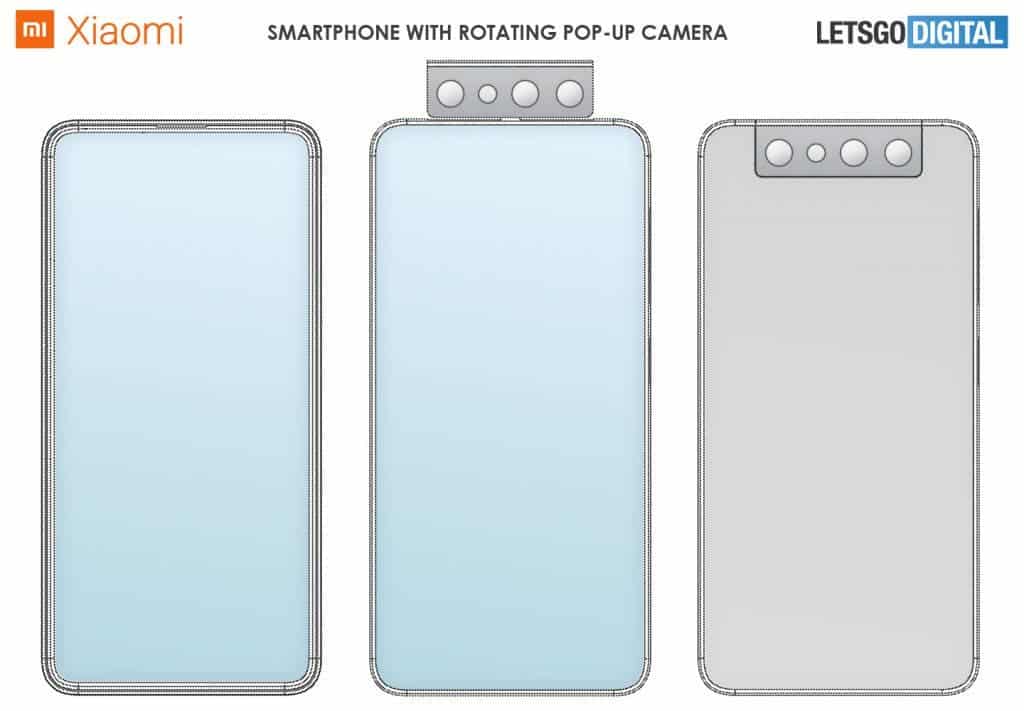 The patent shows that the mobile phone uses a large-size full screen with a narrow screen frame. The receiver is on the frame of the device and there is no visible sensor on the front of the phone. By moving the camera upward through a driving motor and then rotating around the axis, the rear camera can work as a front camera. A rotating camera has the additional advantage that selfies can be taken with the main camera, which is usually of a better quality than the front camera. 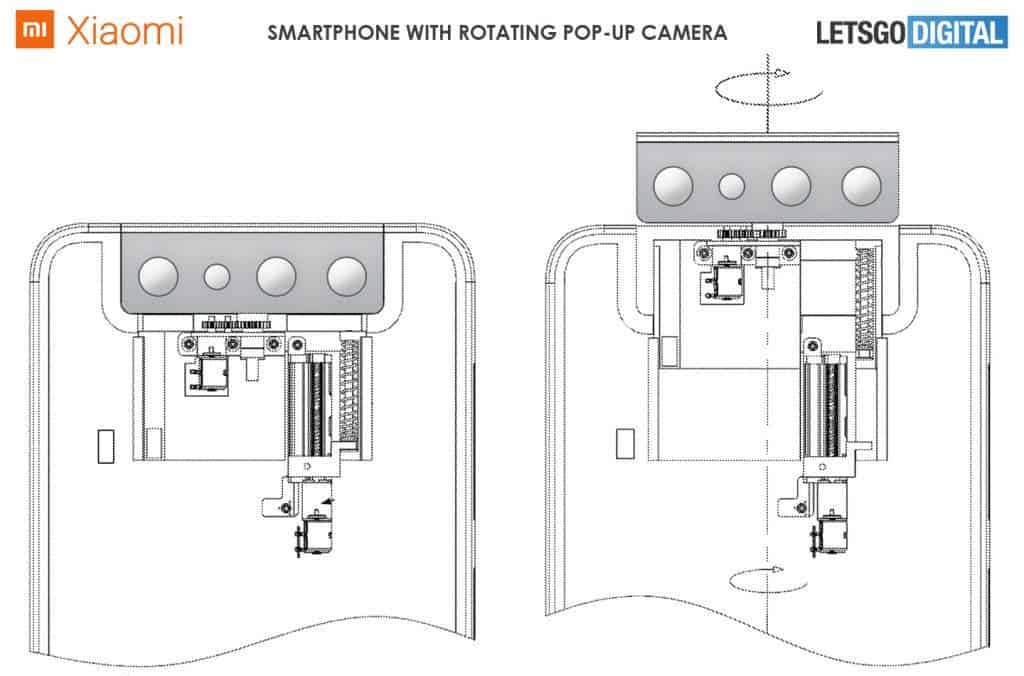 Xiaomi flip-up design is quite different

In January of this year, Xiaomi obtained a patent called “Electronic Equipment and Hidden Camera”. This patent shows a device that uses a rotatable pop-up camera that can also take pictures in both directions. Xiaomi is undoubtedly one of the smartphone manufacturers that have applied for the most patents for pop-up cameras. However, it is still unclear whether and when Xiaomi will apply the patented technology to terminal products.

Like all patents in the industry, there is no assurance that these patents will see the light of day. In fact, most patents from manufacturer never eventually enter the market. Nevertheless, we expect Xiaomi to use some of these pop-up technologies in a couple of devices in the coming years.