Vivo’s sub-brand iQOO is gearing up for its upcoming smartphone launch where the brand will unveil its next-gen iQOO Neo 5. The smartphone will see its official release on March 16 which is more than a week away. For the last couple of months, we’ve been hearing a lot about the smartphone thanks to emerging leaks and rumors. With the official launch right around the corner, iQOO decided to confirm bits of the device in the form of teasers and videos. 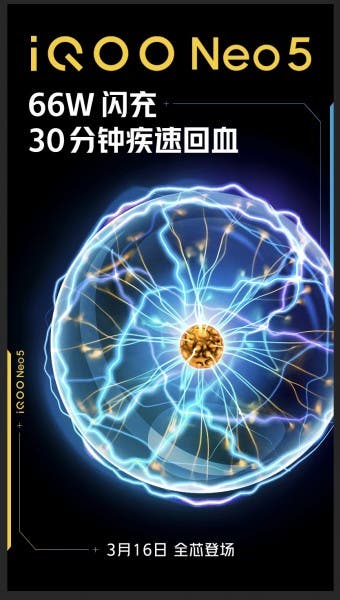 iQOO has now posted a new teaser on its official Weibo channel. The new teaser confirms a few of the already known internals of the smartphone. The teaser poster clearly mentions the 66W fast charging support confirming the leaks were indeed correct. For those who’re unaware, the device was initially rumored to feature 88W wired charging. Well, the 3C listing revealed otherwise.

Apart from the fast charging support, iQOO has also confirmed the dual-cell 4,400mAh battery. According to the brand, the device will go from zero to 50% in just 10 minutes while the complete charge will take around 30 minutes. iQOO Neo 5 will also support 45W PD allowing you to charge other devices like laptops and cameras. 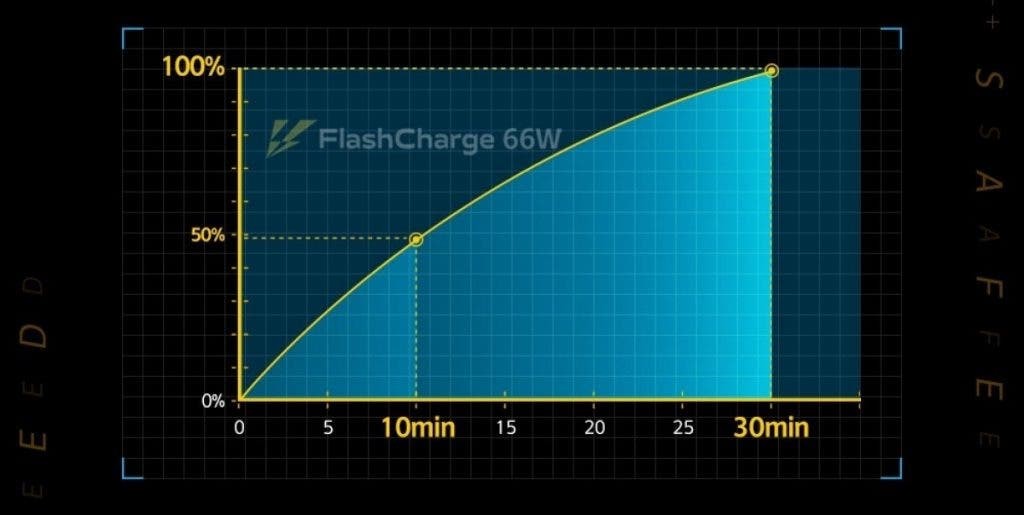 Vivo’s sub-brand hasn’t yet revealed any other hardware specifications of the smartphone. Since the official launch is inching closer, we’re expecting the brand to post more teasers revealing other information in bits and pieces.

Here’s what to expect from the device

Thanks to the previous leaks and rumors, we know what to expect from the upcoming iQOO Neo 5 smartphone. Since it is a flagship smartphone, it will run on the latest Snapdragon 870 chipset paired with 12GB RAM. According to a new Memory Fusion tech, the 12GB RAM should feel like 15GB underneath. If that’s the case, then we’re expecting some solid performance improvements. On the storage front, we’re looking at the faster UFS 3.1 onboard memory.

The device should arrive with a 16MP selfie camera housed inside a punch-hole cutout. On the rear, there is a quad-camera module with a 48MP primary sensor. The device should feature a large Samsung E3 Super AMOLED display with a high refresh rate of 120Hz.