A few days back, Galaxy Tab A7 Lite with the same model number passed through FCC. Now, it passes through the Bluetooth SIG ahead of its launch. The listing confirms its name as earlier a Samsung device with the model number SM-T225 was spotted on FCC. According to the Bluetooth SIG, the Galaxy Tab A7 lite will have Bluetooth 5.0 support. The upcoming Tablets are spotted on various certification websites and there are a lot of leaks, according to them we have posted all the expected specifications and features below. 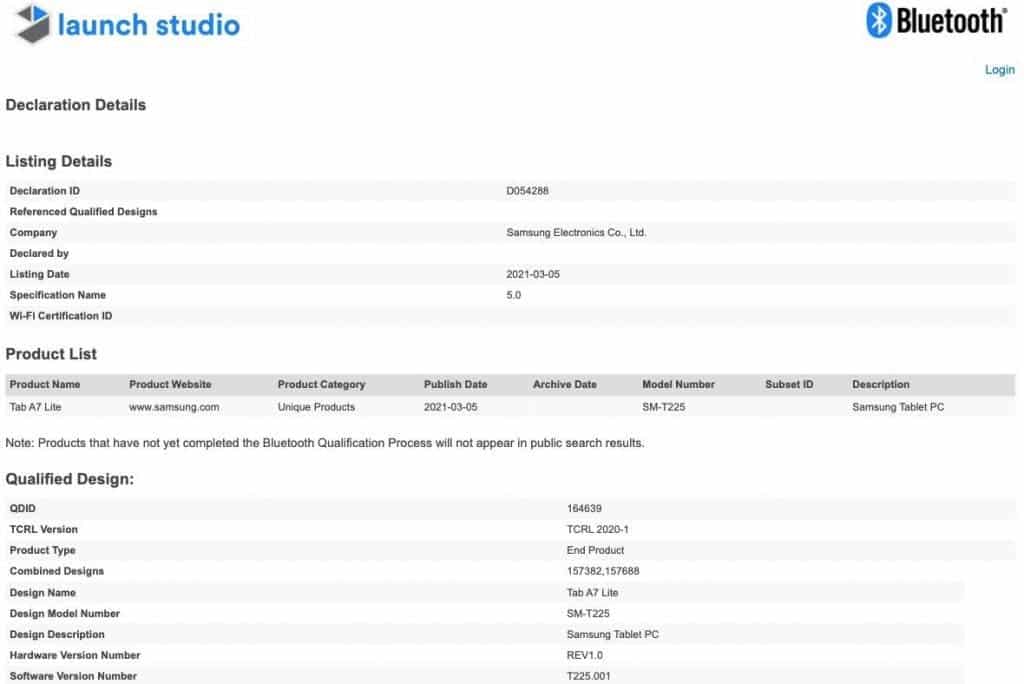 According to the Geekbench listing, the upcoming tablet is powered by Mediatek’s Helio P22T SoC. It pairs 3GB  of RAM and runs on Android 11 out of the box based on Samsung’s own One UI 3.0.

The Galaxy Tab A7 Lite scores 810 points in the single-core and a score of 3489 in the multi-core test in GeekBench tests. The tablet is rumored to have an 8.7-inch display.