A lot of Samsung fans are waiting the premiere of Samsung Galaxy A52 and Galaxy A72 smartphones from day to day. In the meantime, the manufacturer hesitates to announce it while retailers are almost starting to take pre-orders. So, one of them, located in Saudi Arabia, not only added the Galaxy A52 5G to its catalog; but also indicated the cost and start date of deliveries.

The smartphone is estimated at the equivalent of $ 440, and deliveries are scheduled for March 7. It turns out that the official premiere of the Galaxy A52 should take place today. At the same time, the seller lists the characteristics of the smartphone. Alas, it does not indicate the rating of dust and water protection, but it is already known that this model will have full protection against water – in accordance with the degree of IP67 or IP68. Also, the frame rate is not indicated, but, according to rumors, it will be 120 Hz.

Galaxy A52 received a 6.5-inch Full HD + Super AMOLED Infinity-O screen with a built-in fingerprint scanner and protection in the form of tempered Corning Gorilla Glass. At the heart of the hardware platform is the Qualcomm Snapdragon 750G SoC, the volumes of RAM and flash memory are 8 and 128 GB, the battery capacity is 4500 mAh.

The resolution of the front camera of the model is 32 megapixels, the main camera is represented by modules with a resolution of 64 megapixels, 12 megapixels (with an ultra-wide-angle lens), 5 megapixels (macro) and 5 megapixels (scene depth analysis). Other characteristics of the smartphone include GPS, 5G modem, Wi-Fi 802.11ac adapters, Bluetooth 50 and NFC, USB-C port and support for 25W charging. The OS is Android 11. 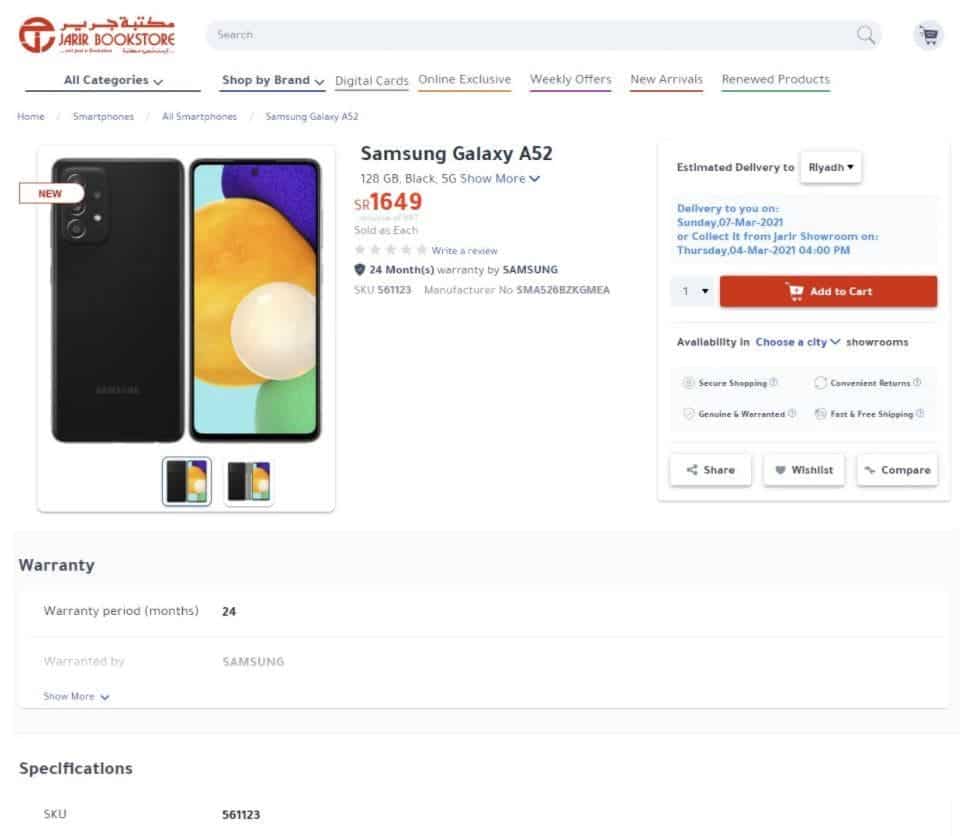