Google has begun rolling out a new handy feature for its Android Auto platform. Owners of cars with widescreen media systems will now be able to use split-screen mode.

The feature has already started appearing among some Android Auto users. A screenshot posted by one of these users shows the use of two applications at the same time. In this case, the main application takes up most of the screen, and the second – a small part on the right. In this case, we see Spotify on the left in the large window and Google Maps on the right in the small window.

Currently, the mode is only available by default on widescreen media systems. 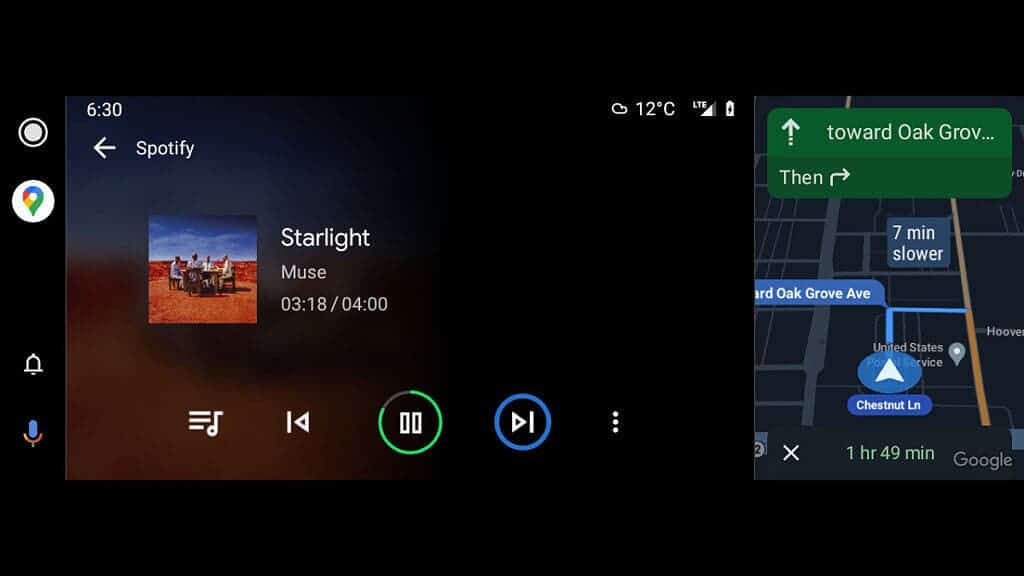 In recent years, mobile operating systems such as Android or iOS have gone from being simple phone systems to become the center of our digital lives, reaching devices such as television, watches or even the car itself.

Tools like Android Auto or Apple CarPlay promised to be a solution to avoid using the phone while driving, but it seems that the solution would not be much better than the original problem. Or, at least, is what this study suggests.

Today it is prohibited to use the mobile phone while driving, as well as driving under the influence of alcohol or other substances. The objective of these prohibitions is none other than to avoid any cause that prevents us from losing concentration behind the wheel.

A new study could set a precedent against the systems that project the information from our mobile to the dashboard since they have shown very interesting information that shows that Android Auto and Apple Carplay could be one more danger behind the wheel. 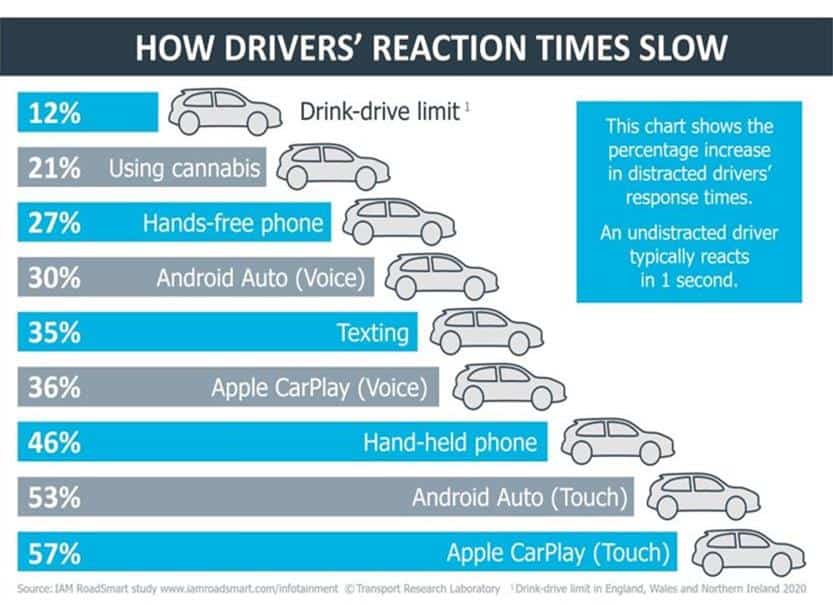 In the IAM RoadSmart study, they compared reaction times, considering that the reaction time of a typical driver is one second.

Exceeding the alcohol rate, the reaction time was 12% slower, while after consuming cannabis the time increase to 21% more. And then we find mobile operating systems:

The one that comes out worse in the comparison is Apple’s CarPlay.

Is this type of study valid?

In the end, it is something that depends a lot on the driver. These statistics should be a signal to the interface designers of these car systems. As much as there are users that the use of technology does not penalize their ability to react, there is a group of people who do, something that should serve as a warning to simplify these systems before it can lead to something worse.

Remember that the most important thing when driving is getting there, and that there is no message important enough to be misled behind the wheel. You will read it when you can make a stop or reach your destination.