Earlier this month, Realme started the 2021 season with the release of a brand new flagship packing the Snapdragon 888. The new smartphone dubbed Realme GT 5G came with a large battery, capable cameras, and Qualcomm’s flagship chipset. The most impressive fact is that Realme managed to bring a powerful phone like this one to an under $500 price segment. Although the Realme GT can already be classified as a flagship killer, the brand is preparing another variant that will be even cheaper. The new phone will carry the Realme GT Neo moniker and will go official on March 31. 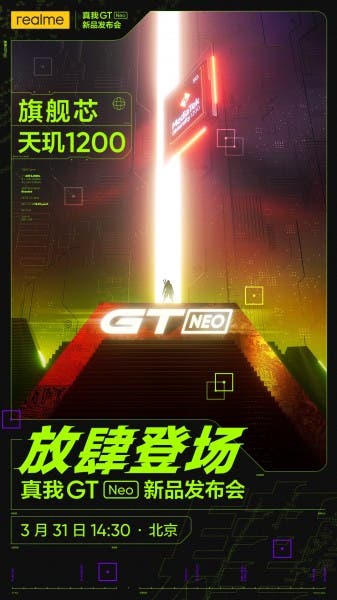 For now, the Realme GT Neo specifications are still a mystery. The brand did confirm a MediaTek Dimensity 1200 SoC in the newer handset. While the standard GT has Qualcomm’s top-end chipset, the GT Neo will pack MediaTek’s best offering. For those unaware, the MediaTek Dimensity 1200 was introduced in February. It packs four Cortex-A78 cores clocked at up to 3.0GHz and four Cortex-A55 cores clocked at up to 2GHz. The new chipset supports screens with up to 168Hz refresh rate and also brings MediaTek’s HyperEngine 3.0 technology. The GPU is a Mali-G77 MC9. The chipset is based on a 6nm process. Although it’s not the most cutting-edge process in the moment, it still is way more power-efficient than the 7nm+ chips in last year’s flagships.

We expect the Realme GT Neo to come with 8GB of RAM and up to 256GB of Internal Storage. According to a TENAA listing, the Realme GT Neo is the RMX3116 smartphone and has a 6.55-inch curved display. It runs Android 11 straight out of the box and has a 4,400mAh dual-cell battery in tow. The volume buttons sit in the left while a standard power button sits on the right. Since the fingerprint scanner is nowhere to be seen, we assume the phone has an in-display sensor, which consequently means an OLED display. 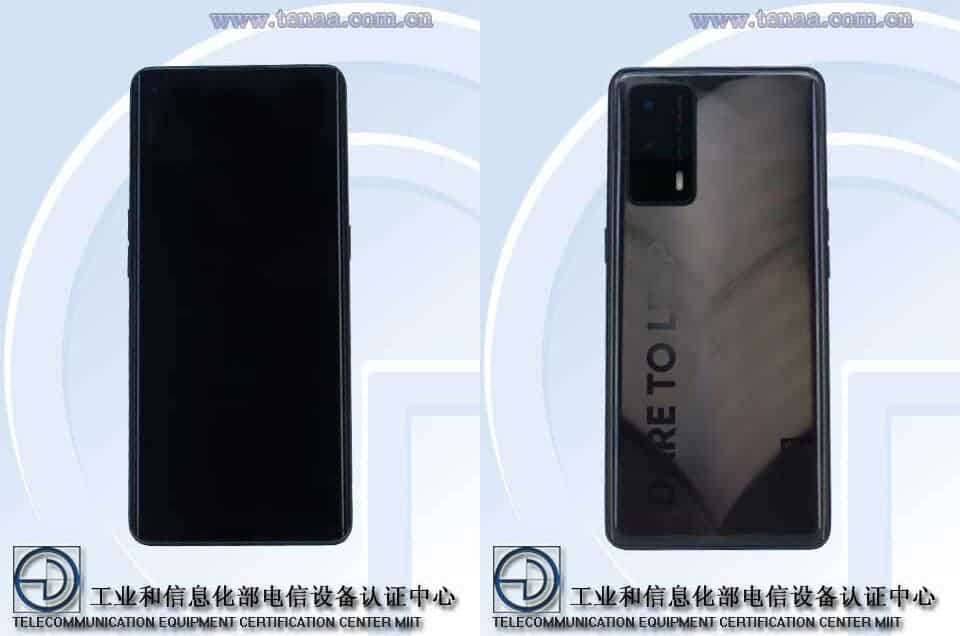 The Realme GT Neo has a rectangular camera shape, but unfortunately, we have no details about this camera setup. It houses three cameras and a LED flash. The back also serves as a home for Realme’s usual DARE TO LEAP logo. Once again, it’s written with bold letters. We expect Realme to disclose more details in the next few days. After all, the company tends to build the hype in the last days before a new smartphone’s release.