After the ban on Huawei by the U.S., the Chinese manufacturer launched its own system, Harmony OS. Just like Google Mobile Services (GMS), Huawei also had to launch Huawei Mobile Services (HMS). Presently, a couple of Huawei devices already use Huawei Mobile Services. However, we are yet to see any smartphone with the Harmony OS. One of the dangers of allowing Huawei to launch its own system is the possibility of it rising up to the occasion and competing with Google. This is already happening as new reports suggest that a non-Huawei device will use HMS soon. 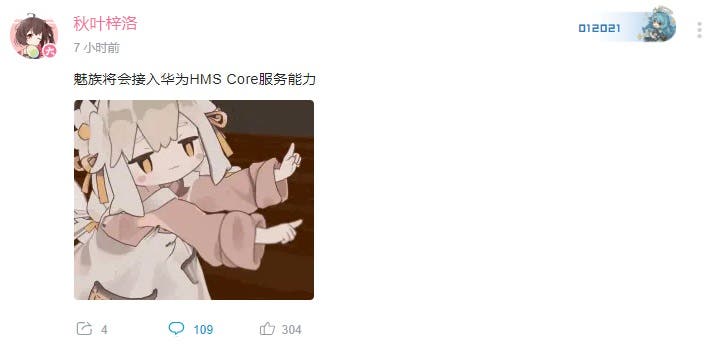 According to a staff member of Huawei @秋叶梓洛 (Akiba Ziluo), Meizu will access Huawei’s HMS Core service capabilities. In other words, Meizu devices will provide support for users who integrate HMS Core through Huawei Mobile Service.

HMS Core is a service with an operating system

It’s worth mentioning that Huawei’s HMS and Harmony systems are not the same. While Harmony OS is an operating system, HMS is a service within the system. HMS is primarily a replacement for Google’s GMS, but now it’s happily better than before. Developers can use this to allow users to use Huawei search, Huawei Figure, Huawei Vena, Huawei Video, Huawei App Market, and even Huawei account service.

HMS Core is currently applicable to the three major systems of Android, Harmony OS, and LiteOS. It can provide support for Huawei’s series of applications on the terminal system. App developers can visit Huawei’s official website for more content and integration requirements.