Chinese manufacturer, Huawei, will hold the Huawei P50 series new product launch conference in May. Today, the first set of CAD renders of the Huawei P50 Standard version hit the web. The CAD images from @WHYLAB show a huge “module” with four rear cameras on the rear. It also shows a center punch-hole display.

The speculations so far show that the Huawei P50 Pro uses a 6.6-inch center punch-hole display. This screen has slightly curved edges as well as a very narrow frame and chin. It uses a glass back panel and a metal frame with flat upper and lower edges. The dimension of this device is 159 x 73 x 8.6mm (the thickness of the rear camera is 10.3mm if we include the rear camera). The device also uses a fingerprint sensor under the display, dual speakers up and down, and supports infrared remote control features. 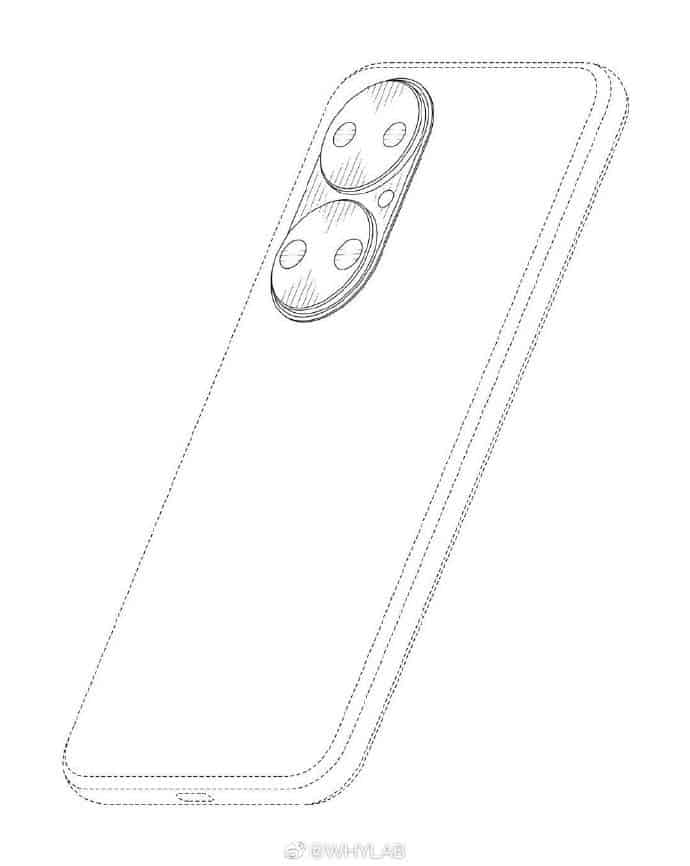 Previous reports show the prototype design of the Huawei P50 series. According to speculations, the P50 series is already available for mass production. This series includes three models: the basic version, P50 Pro and P50 Pro+. The selling points include screen quality, a new ultra-sensitive rear camera system, and new gaming features. In addition, Huawei P50 should come with the Huawei HiSilicon Kirin 9000E chips. The other two higher-end models use Kirin 9000 chips.

Since the ban on Huawei by the U.S. government, the Chinese manufacturer has been struggling. In fact, Huawei is just trying to keep in touch with the latest developments in the industry. This is why it is not quitting the smartphone business just yet. Huawei is trying to hold on to its own,