Yesterday, there were multiple reports that Google apps keep crashing after activation. Well, as of this morning, the issue still persists. Reports from Android users show that popular apps keep crashing after opening. In fact, in many cases, these apps do not even open. The reports mention apps like Gmail, Yahoo Mail, and Google apps. According to Down Detector, an independent outage monitor, there is a spike in Gmail, Yahoo Mail, and Google down reports today. 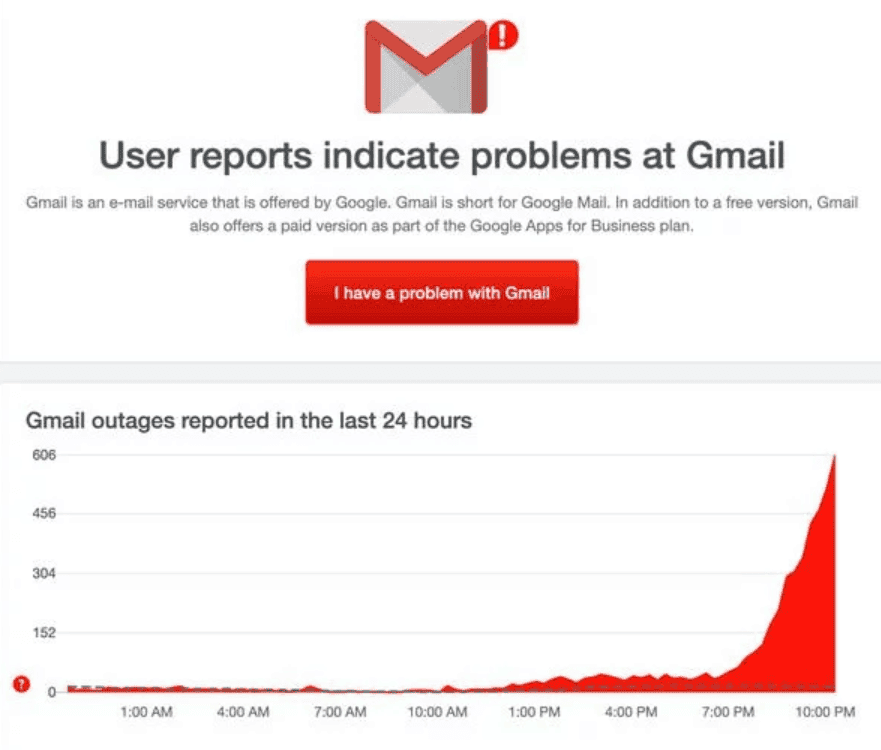 Another reads: “@gmail Hey, your Gmail app is crashing.”

As more users continue to face these Google apps issues, many people are already looking for an unofficial fix. Thankfully, a fix has been discovered. 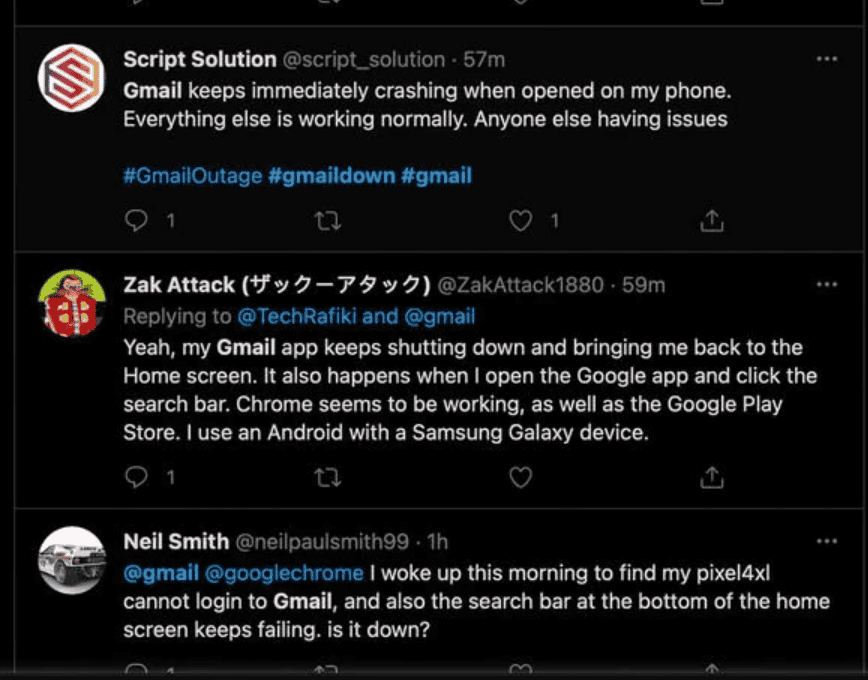 This means that the user is not even sure how long the fix will last. Of course, it is not an official fix from Google thus we do not expect it to be a long-term solution.

As of now, there is no official comment from Google even though several messages have been sent to the company.

However, it appears that this issue is not a global issue. It is probably also not widespread. Nevertheless, it affects just enough users as well as Google apps for the company to be worried. On its part, the official Gmail Twitter has been replying to users with this issue. One of its response reads

“Oh no! We checked and everything is fine here. Are you getting any error messages? Which device are you using Gmail on? Tell us more, as we want to help.”

To do this Android users would need to go to Settings > Applications > Gmail > Storage > Clear Cache.

In addition to Gmail, Yahoo Mail, and Google there are also reports of issues with apps like Discord and Outlook crashing as well.

Previous Here are the prices of the OnePlus 9, 9 Pro, 9R and OnePlus watch

Next Tencent is preparing to enter the gaming console market

How to improve your Gmail experience with these tips